Recent Police Atrocities Under Militarization in North and East Sri-Lanka 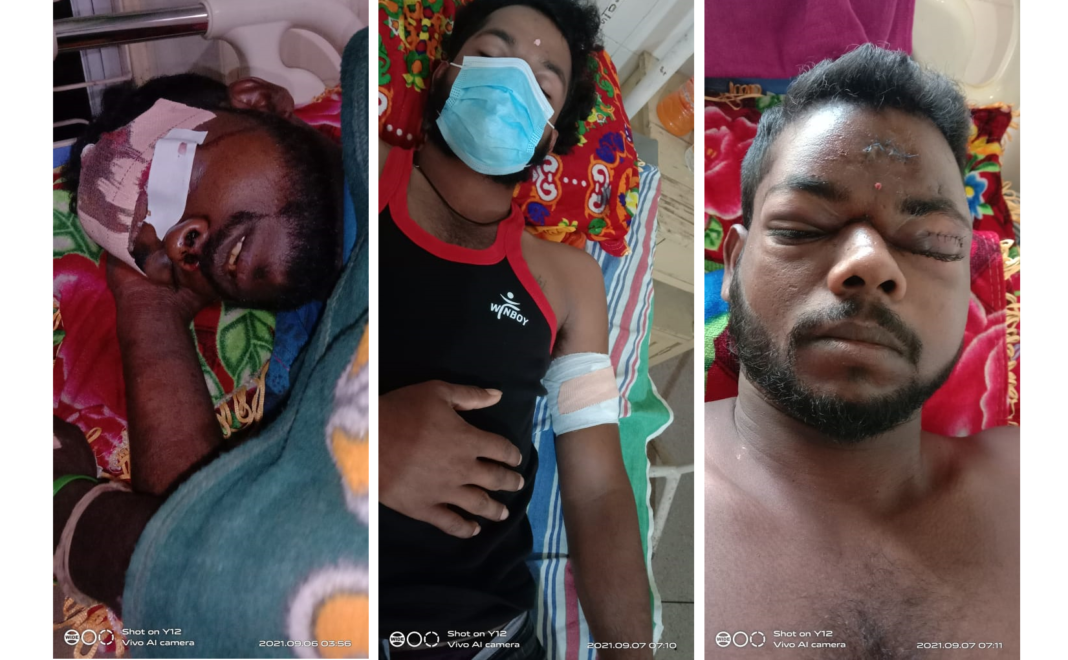 Militarized violence against civilians in North and East of Sri-Lanka has increased in the recent past. Sri-Lanka brief has also published some of the cases related to torture against fishers by the Sri-Lanka navy.

Military involvement and its control in civil administration in North and East is nothing new and along with the Covid-19 pandemic military has gained more power to control the civil life. Further, militarization has given power to police and men attached to intelligence to act unlawfully and to commit various forms of violence against civilians of these areas, as all these institutions (military, police and intelligence sector) are interlinked and support and strengthen each other to uphold their power and to keep the civilians under fear and to undermine people’s rights.

This pattern of “state repressive apparatus” have systematically been promoting and implementing by the racist and autocratic governments of Sri-Lanka for decades.

On last Sunday, 5th September 2021, two young men of Naavatkaadu village of Vavunathivu Division of Batticaloa district have been brutally assaulted by the police of that area. On the particular day around 7.30 pm the two brothers Mahenthiran Keerthiseelan (26yrs) and Mahenthiran Anujan (20yrs) went to purchase petrol at Thandiyadi and they were on their way back to the village.

They saw a police jeep and police men were at the Kaddaikaadu bridge of their village. When the brothers came closer to the police, a policeman flashed the torch light on the face of Keerthiseelan who was riding the bike. Another   policeman hit on his face with his riffle but. When Anujan saw the riffle but was coming towards his brother’s face he used one of his arms to prevent it.  Riffle but hit his arm and caused a fracture in the arm above the elbow and smacked on the face of Keerthiseelan. Keerthiseelan fainted and fell over the petrol tank. Then Anujan had asked the police the reason for hitting them, but the police did not say anything. Anujan noticed the faces of the policemen and remembered one of the policeman’s name and number who attacked them.

The name of the policeman is Dhinesh and his number is 8656.

Anujan stated he was terrified as if they stay there that they could be killed therefore he took his brother and quickly went from that location. Once they reached the Vavunathivu junction Anujan had informed to their oldest brother and with his help both of them were got admitted at the Batticaloa hospital.

Following day family members went to Vavunathivu police station to make a complaint. But their complaint was not accepted by the officers at that police station. Then they went to the Superintendent of Police office (SP  office ) in Batticaloa and there police had told them that they would look into it but did not take any complaints and returned them back.

Therefore, on 7th September the incident was informed to the Batticaloa human rights commission office. Still both men are hospitalized and receiving treatment.

Not only individuals, but families that stay at their homes also collectively face threats and atrocities by these men attached to military and police.

On 17th August (Tuesday) night around 10 pm, 15 policemen attached to Thalai Mannar police station went in civil dress to a house in that area and damaged the house and threatened the family. They also went to six other houses and threatened those families as well. All the affected seven families lodged a complaint against the policemen at the Thalai Mannar police station.

On 15 July 2021, men attached to Sri-Lanka army went to a house in Ponnalai village of Vaddukodai area and threatened the family members with a gun. When the neighbour who heard the noise and came there was hit by a pole by the army. This incident was informed to the area Pradeshya sabah member. When he came to the location army men escaped from the location by their motorbikes. On 17th police attached to Vaddukodai police station went to Ponnalai and received the complaint from the affected parties.

All these incidents show that the police and army violate rule of law and on the other hand the government depends on militarization and provides more and more power to the military.