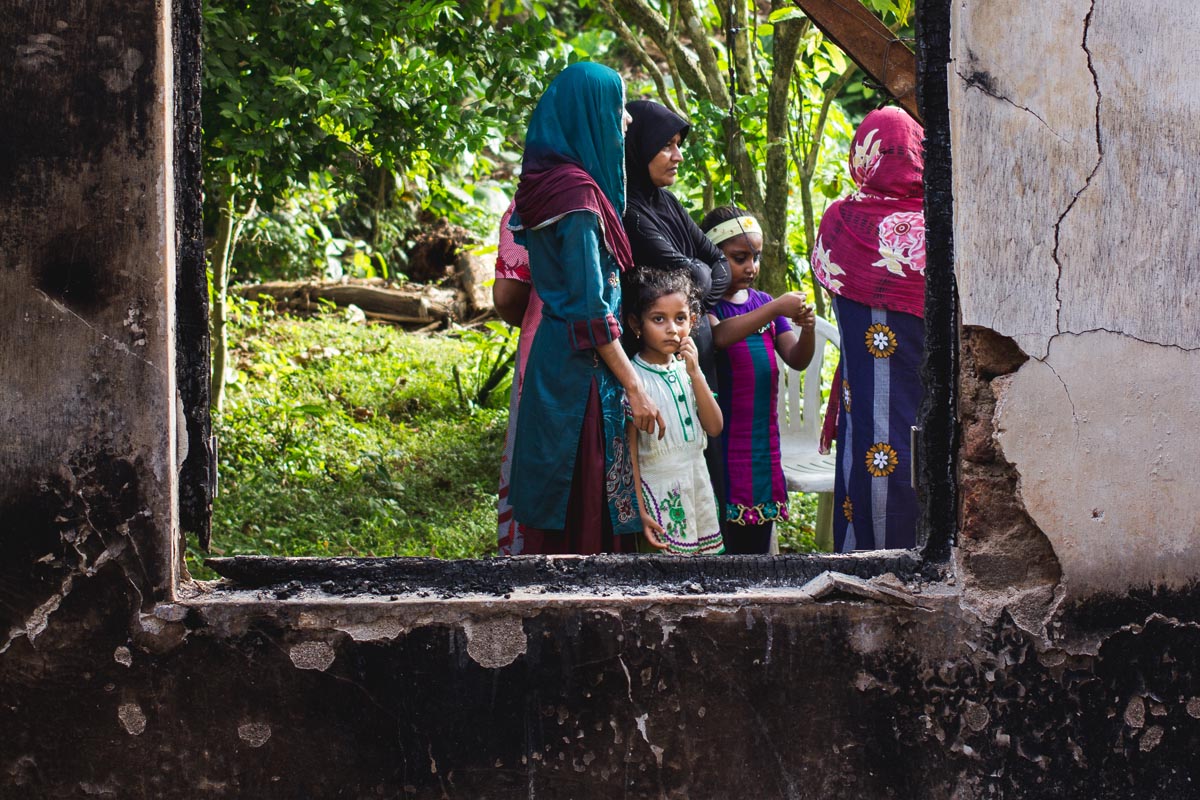 The Muslim Marriage and Divorce Act (MMDA) which was enacted in 1951 has been perceived primarily as religious and minority issue. Muslim male politicians and religious leaders and government actors for over decades have only considered it a concern to be resolved ‘within the community’. Thus this has prevented MMDA issues to be raised as a matter of equality and fundamental rights of Muslim women viz a vis the State despite the fact that MMDA is a law like any other law enacted by Sri Lankan Parliament and any judgments made by the Quazi court system is enforceable through our judicial system. More importantly the MMDA is part of our colonial legacy and no longer reflects current realities of Sri Lankan Muslims nor the advances made in the interpretation of Muslim personal law in Muslim communities and countries across the world.

Irrespective of discriminatory provisions and procedural irregularities, MMDA is protected through Article 16(1) of the 1978 Constitution which states that ‘All existing written law and unwritten law shall be valid and operative notwithstanding any inconsistency with the provisions of the fundamental rights chapter’. The Government of Sri Lanka has repeatedly placed the responsibility for MMDA reforms on the Muslim community especially on religious leaders and male politicians. This is despite the work of individual Muslim women and women’s groups such as Muslim Women Research Action Forum (MWRAF) working with processes that promised change and more recently Muslim women in the numbers making representations before the Public Representations Committee (PRC) on Constitutional Reforms as well as the Sub-committee on Fundamental Rights of the Steering Committee of the Constitutional Assembly to demand for equal and non-discriminatory laws and practices and specially reforms of personal and customary laws. These Muslim women, especially those directly affected by the MMDA, went one step further and even demanded they be given the option of accessing the civil court system for redress or even an option to opt out of the MMDA, by removing the clause in the General Marriage Registration Ordinance (GMRO) which currently prohibits Muslims marrying under general law, which in itself a discrimination between the citizens.

[alert type=”success or warning or info or danger”]In addition women’s groups like Women’s Action Network (WAN) and Muslim Personal Law Reform Action Group (MPLRAG) are demanding that the new Constitution protects rights of all citizens, regardless of when or whether or not reforms to discriminatory laws take place. The demand is that Article 16(1) be repealed on the principle of ensuring equality for all citizens and to open further possibility of MMDA reform.[/alert]

These women groups also have taken up this demand at various national and international forums and there is mounting pressure on the government to reform discriminatory provisions in the MMDA. The price these women, specially the affected and ground level activists, are paying is huge. They have been falsely accused of ‘betraying the community’ in the face of Buddhist extremists, and for opening up problems of the Muslim community for public discussion.

But for those advocating reforms to MMDA the motivation is simple. Injustices and discrimination faced within the community and family is the same as injustice and discrimination faced by the community from outside forces. Both are a struggle for equality and equal treatment before law. Both are a struggle for full recognition, guarantee and protection of rights. Both are a struggle for dignity and justice. It is important to realise that this current wave of MMDA reform activism is based on the significant work by activists, community leaders and scholars within the Muslim community and also from outside, but also on the failures of those who have insisted on gradualist reform agenda that has yielded little in the way of structural change at least since 1951.

All of these members are learned individuals and known for their professionalism. The very fact that they agreed to be part of this committee itself indicates that they all firmly believed that MMDA needed reform. However they have been dragging their feet over eight years to deliver, irrespective of the fact that there have been many promises made by the committee members to the community that they will deliver. Many dates and deadlines have been given and now a Cabinet sub committee too has been appointed to look into their report once it is released but so far nothing has materialized. Towards the later part of last year it was told by the Chair that the Committee’s report would be out soon. Thereafter it was believed that the chair based on the deliberations had circulated a draft report within the committee. I am of the understanding, now, that there is yet another proposal from All Ceylon Jamiathul Ulama (ACJU) to the committee which probably is aimed to cause further delay and regresses from providing solutions.

Do the committee members understand in the last eight years, that they have taken to contemplate on this reform report, how much injustice has been committed against the women and children in their own community? How could they be so thick skinned? How are they failing in their leadership to demonstrate that Islam is in fact a just way of life? Do they not realise how the failure to provide solutions through legal reforms has negatively impacted so many lives or does their reputation among male religious leaders over ride their humaneness?

Will the renowned lawyers and “progressive” Muslim rights activists of this reform committee stand up to backwardness and cowardly acts of certain faction of the community and deliver to the Muslim women their rights to be treated equal before law? Or are they going to turn a blind eye and succumb to conservative and religious fundamentalists?

For the Muslim community, religious and political leaders who think they are ‘protecting’ Islam by supporting discriminatory provisions in the MMDA, please check your privilege. Are you really trying to justify discriminations in the name of Islam? As a Muslim woman I believe in an Islam that is just and talks about compassion and dignity irrespective of one’s gender. It is painful to see increasingly the Islam and the Just God I love, has been hijacked by authoritarian forces and has been turned into something that I cannot connect with anymore. Unjust laws and practices in the name of Islam are untenable and lead to more inequality among Muslims. The quest for equality and justice for Muslims in Sri Lanka, should begin at home.