Ranjan Ramanayke case: Justice must prevail, even above the law 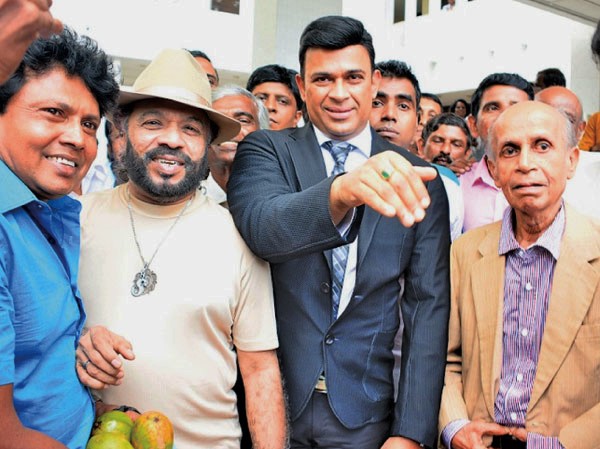 (10 June, 2018) A two-judge bench has recommended to the Chief Justice that the Supreme Court should proceed with a case against Deputy Minister Ranjan Ramanayake, accused of the crime of Contempt of Court over an alleged statement he made at a press conference. When the matter was taken up on June 4, the Attorney General’s Department told Court that at a glance, there was a prima facie case against Minister Ramanayake. The Court will consider the matter on June 18.

At best, the laws governing the crime of Contempt of Court in Sri Lanka are opaque. There is no Act of Parliament defining the crime, or ensuring that international standards are adhered to and a citizen’s right to free speech is not unduly curtailed in the guise of contempt. As per Article 105(3) of the Constitution “the Supreme Court of the Republic of Sri Lanka and the Court of Appeal of the Republic of Sri Lanka shall each be a Superior Court of record and shall have all the powers of such Court, including the power to punish for Contempt of Court itself, whether committed in the Court itself or elsewhere, with imprisonment or fine, or both, as the Court may deem fit.”

It was solely based on this Article of the Constitution that then Opposition Member of Parliament, S.B Dissanayake was sentenced in 2004, to two years rigorous imprisonment for a ‘disrespectful statement’ he had made about the Supreme Court, at a Vap Magul ceremony held at Habaraduwa. In that ruling, the five-judge bench headed by former Chief Justice Sarath N. Silva asserted that Article 105(3) places “no limitation on the punitive power of the court and a person found guilty of an offence of contempt would be liable to any term of imprisonment or fine as may be considered appropriate by Court.”

The law of contempt should essentially be concerned with interference with the administration of justice. Criminal contempt occurs when there is interference with or disruption of criminal or civil court proceedings, as witnessed recently when extremist monk Galagodaaththe Gnanasara stormed the Homagama Magistrate’s Court while proceedings were in progress – or when a person disobeys a court order and is subject to sanctions, such as, a fine or imprisonment. This is demonstrably different from the contempt action against the Deputy Minister for his critical remarks.

Sri Lanka is long overdue to pass laws on Contempt of Court. Criminal and Civil contempt in India is defined under the Contempt of Courts Act of 1971 and in the UK through a namesake Act passed in 1981. In the United States, where the First Amendment guaranteeing the freedom of expression is sacrosanct, Contempt of Court laws have extremely limited application.

It is through creating such democratic spaces for dialogue and robust debate that a democratic society thrives. If one pillar of the State – the judiciary with unelected officials, is somehow buffered against criticism, there will be a lacuna in the whole democratic fabric of a society. In the case of Sri Lanka such criticism is not only desirable; but warranted in some instances.

Deputy Minister Ramanayake is being accused of contempt for questioning the integrity of judges and lawyers. In recent memory, a former Chief Justice apologised to the nation for a verdict which he himself later claimed was politically motivated in order to favour a political leader. Another Chief Justice, since erased from the annals of judicial history because his appointment was considered null and void, has a corruption case pending against him at present. The widely broadcast docudrama ‘Usawiya Nihandayi’ delves deep into the issue of corruption and abuse of power within the judiciary. There are other serious allegations, for instance, the case of a sitting Supreme Court Judge, who was indicted in 2015 for allegedly raping a domestic worker. Each of these examples is far more potently damaging to the integrity of the highest court of the land.

Back in 2004, former Supreme Court Justice Ranjith Dheeraratne told a newspaper how Contempt of Court was no longer what it used to be, and that under English Law, for instance, nobody had been prosecuted for Contempt of Court in over 70 years. “Courts are considered to be part of the democratic system of governance. Within this system courts and judges can be criticised as long as it does not interfere with judgments and cases”. As stated in Kopyto, “The courts are not fragile flowers that will wither in the heat of controversy,” said Justice Dheeraratne in the interview.

Yet here we are, 14 years later

In the fundamental rights case, Gotabaya Rajapaksa Vs. FCID, four Supreme Court judges have declined to hear the petition citing personal reasons. Three years since it was filed and a court order preventing his arrest by the FCID and the CID issued in May 2015, the case drags on. It must be acknowledged that it is the democratic right of the citizenry to call this into question and debate how the case is unfolding in the country’s Apex Court. Similarly, the Deputy Minister articulated sentiments with which many in this country would agree.

In that sense, this case if heard in the right spirit and in the context of how judiciaries have evolved in the modern world, the contempt of court case against Deputy Minister Ramanayake could be a landmark judgment with the potential to uphold fundamental rights in a truly democratic space for the people.

If there is a disparity between the law and justice, then surely justice must prevail. In 1930, when Mahatma Ghandi marched on a coastal village in Gujarat with thousands of his followers and began to make salt from seawater, it was an illegal act, since the British Raj had imposed a monopoly on the salt industry. In 1952, when Nelson Mandela burnt his passport, at a time when Black South Africans were forbidden to travel to another area of the country without it, he was breaking a law of the Apartheid regime. In 1955, when an African-American woman called Rosa Parks refused to give up her seat in the ‘coloured section’ of a bus to a white passenger, she was breaking the State laws of a racially segregated United States. Yet, all these laws had to be broken, and the world is better for it, for though they were law, they were still unjust.

Ramanayake did not storm a court house or fail to comply with a judicial order. Hauling someone to court over an opinion he has expressed, however critical or insulting, may be lawful, but it is not necessarily just. For the sake of our democracy, justice must prevail, in this case, even above the law.