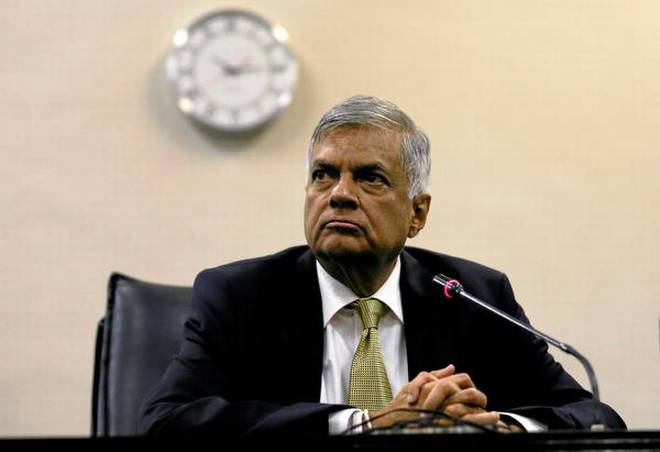 Mr. Wickremesinghe was sworn in by President Maithripala Sirisena, who sacked him on October 26.

President Maithripala Sirisena on Sunday reinstated Ranil Wickremesinghe as Prime Minister of Sri Lanka, seven weeks after firing him in a snap move.

The media was barred from covering the “swearing-in” ceremony held at the Presidential secretariat, and only a few lawmakers from Mr. Wickremesinghe’s front were present, sources said.

The re-appointment signals a likely end to the political impasse that has gripped the island since October 26, when Mr. Sirisena appointed his former rival Mahinda Rajapaksa as Premier. The move, which sparked concern domestically and abroad, had left the country without a legitimate government for nearly two months.

‘No change in stand’

However, in a message that seemed to foretell the challenges facing the “new government,” Mr. Sirisena said there was no change in his “personal position” that he would not work with Mr. Wickremesinghe even if all 225 members in Parliament backed him. “But as a leader who respects parliamentary traditions and democracy, I invited Ranil Wickremesinghe to form the government,” he said in a statement that indicated that the power struggle between the leaders was far from over.

Defending his earlier actions sacking Parliament and calling for snap polls — which the Supreme Court declared illegal last week — President Sirisena said he believed that the decision of 155 lakh voters would be more acceptable than that of 122 MPs. “I took all the decisions in the interest of the country alone,” he said, apparently unwilling to back down from his earlier stance.

In a statement after assuming charge again, Mr. Wickremesinghe pointed to the constitutional provision prohibiting the dissolution of Parliament before four and half years of its term and said: “It can only be done on a resolution passed by two thirds majority in Parliament. This Constitutional violation cannot be rectified by way of an election.”
The lingering friction between the leaders will likely amplify when a new cabinet is formed on Monday, political sources note, with some members from Mr. Sirisena’s faction reportedly seeking ministerial positions.

Meanwhile, Mr. Rajapaksa who on Saturday “stepped down” from the office he controversially held, went to his ancestral home in Tangalle, in the southern Hambantota district. He held a religious ceremony with Buddhist monks and later met supporters, his office said.