Ranil Says No 13 Plus 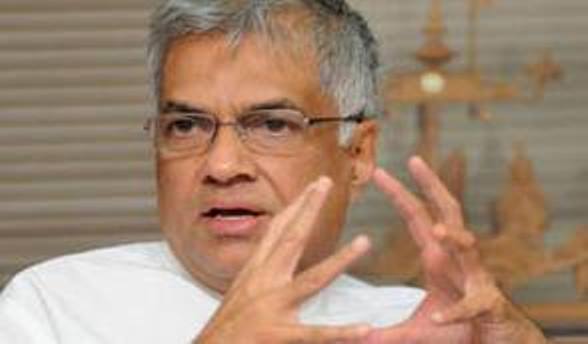 A future United National Party (UNP) Government will not go beyond the 13th Amendment to the Constitution in finding a solution to the ethnic crisis, UNP Leader Ranil Wickremesinghe, announced yesterday (13).

He said the UNP, in the near future, would talk to other political parties, religious leaders and civic organizations in the effort to agree on a common candidate from the UNP.

These observations were made by Wickremesinghe, when he met the Leader of the Janasetha Peramuna, Ven. Battaramulle Seela Rathana Thera at the Opposition Leader’s Office yesterday. Speaking to the media, at the conclusion of the talks, he said a future UNP Government would abolish the Executive Presidency and ensure the independence of the Judiciary, Police, Bribery Commission, Elections Commission and the Public Services Commission, in a bid to eradicate fraud, bribery and corruption from society. He said a government under his leadership would focus on developing agriculture, health and education for all people in the country.

Wickremesinghe stated, an effective foreign policy, equal to all nations, would be adopted