Ramzy Razeek: An extraordinary struggle for an ordinary life of service upended by an arrest – Z.L. Mohamed 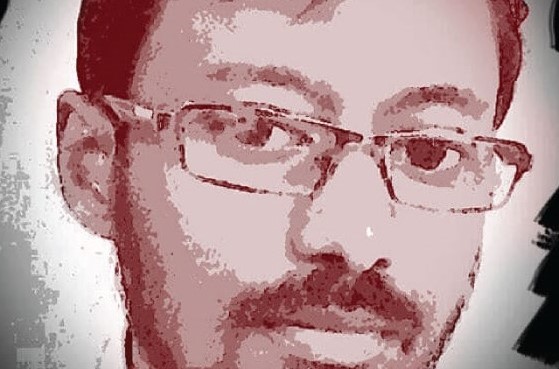 Ramzy Razik was arrested on April 9, 2020 at his home off Katugasota in Kandy by the CID. The next day, he was produced before the Colombo Magistrate where the CID claimed that he had violated the International Covenant on Civil and Political Rights (ICCPR) and Cyber Crimes legislation. After a month, he remains remanded.

His arrest was precipitated by a Facebook post on April 2 which advocated for an “ideological Jihad” to arrest organized anti-muslim propaganda [1]. This post is ordinary unless one construes the word “Jihad” he used to mean something other than a ‘struggle’, which is the sense in which he has posted. However, it brought on calls to violence against him and his family [1]. As a result, he announced that he was silencing himself on facebook on April 3 [2].

On the morning of the 9th of April, with the curfew on, Ramzy complained via online form to the Police about these threats. That afternoon, he was visited by three CID personnel. They took him away to Colombo informing his family that he would be released the next day. Instead the family has had no contact with him except for a 1-minute phone call.

On seeing Ramzy’s debilitated medical condition, the Fort Magistrate directed that he be sent to the prison hospital or the General Hospital. However, he was remanded at the Pallensena prison in Negombo, supposedly as a quarantine facility. Here in a cell of approximately 20 x 40 feet he was remanded along with around 85 others as recounted by a person who was released. The lack of a bed and accessible toilet would have caused him severe difficulty [2]. He remained there for 25 days, without his medicines or medical attention, before he was transferred to the Welikada Prison Hospital on May 6.

Despite three court dates, the Courts has not been able to pronounce on release or bail through delays brought on by the charge under the ICCPR covenant. Even without the delays from pandemic, release on bail of those charged under ICPPR took many months. Delays were compounded by the curfews imposed which prevented his relatives and friends in Kandy from organizing his defense or providing for him.

Ramzy is a private individual who is not well known outside his area, his friends from schools, in the government agencies that he had served for 25 years and a few social service minded networks around Kandy. He obtained a diploma in translation with trilingual competence at the Sri Lanka Institute of Development Administration in 1998 and was appointed as a trilingual Grade 1 translator at the Department of Agriculture in 2000. Thereafter he attended post-graduate programmes at the Universities of Colombo and Peradeniya. He was registered as a sworn translator with the Ministry of Justice.

His mother, Latheefa Razeek,is a teacher who retired after long service. Ramzy is her eldest of four. She recounted what had happened and her concerns without rancor despite the turmoil and mental strain this would have caused at her advanced age of 73.

Ramzy’s late father – was known as “Star Razeek” – a journalist who free-lanced for the Sri Lanka Broadcasting Corporation and the Lake House Group and had been active in social service activities.

Ramzy’s wife Sharmila, a primary teacher in Kandy, has had to endure his prolonged absence and nightmarish legal process while anguished over his well-being. She also must manage two school-going children who are traumatized by their father’s incarceration.

From childhood, Ramzy has been afflicted with arthritis and incurable ulcers in his legs. He has been on medication for 35 years which has had side effects on his kidneys, liver and heart. When he was removed by the CID, he was due to undertake ultrasound tests as advised by a Rheumatologist and a Professor of Medicine in early April.

In the last decades, as Ramzy was often unable to sleep due to his ill-health and being confined due to his mobility impairments, he turned to writing for regional newspapers and on social media. Independent writers who examined his Facebook postings found him advocating for justice, warning about the rise of hate speech and the threats faced by Muslims lately while also being critical of extremism among muslims [2]. His posts do not veer to any hint of fomenting hatred. On the contrary, he has been promoting fairplay, harmony and justice working with friends of all ethnicities.

He has been active in a variety of social service organizations such as the “Young Friends”, a collective of professionally oriented aging youth in Kandy. After mob violence raged in Kandy in March of 2018, “Young Friends” were among the earliest to organize relief.

In his immediate neighborhood, a dozen establishments had been looted or burned down including a building belonging to his Uncle. Although complaints were filed, perpetrators named, and evidence collected, there has been no follow up after two years by the police except for one arrest and quick release.

After the mob violence in Kandy, when visitors inquired as to what had happened along Kurunegala road, it was Ramzy whom they were directed to. Thus two years ago when Prof. S. H. Hasbullah of the University of Peradeniya and I sought to visit the area, we were both independently recommended to contact him.

Ramzy took us around – generous with his time paying little attention to his own comfort and health. He was kind and gentle in his interactions with the victims. Given their rapport and empathy with Ramzy, they extended their welcome to us. Even with the traumatized victims our conversations were open, thoughtful and bereft of rancor despite their profound losses.

Prof. Hasbullah’s significant life work has been on what happened among northern communities in the last 3 decades due to injustice, hate, violence, and its aftermath. He understood, more than anyone else, the portents for the South. In several conversations, he spoke of the need for forbearance, the need to build relationships across communities, warned against youth radicalization and ghettoization of Muslims. Ramzy was deeply engaged in these conversations.

Later, when Ramzy was requested to help a multi-ethnic team brainstorm to work together to promote harmony and inter-ethnic dialogue, he rode over on the pillion of a bike to Digana discounting his discomfort.

However, if the arrest is intended to encumber and burden and silence him and his ilk then they may be successful. Even if he was released now, the damage done to him, his family and to our common human fabric shall remain grievous.

By Z.L. Mohamed (with some of his family and friends)