Rajini Thiranagama Commemoration Blocked by the Authorities ; Watched by The Police Intelligence 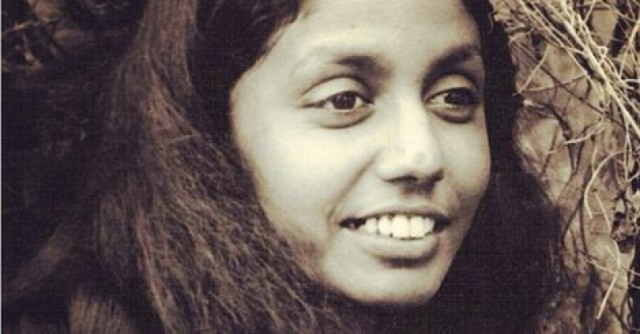 Best known for the book The Broken Palmyra, she had predicted the demise of LTTE

In September 1989, Sri Lanka’s Northern Province lost one of its most prominent human rights defenders following the death of Rajani Thiranagama, who was gunned down, reportedly by the rebel Tigers.

A human rights activist and feminist, Rajani is best known for her contribution to the The Broken Palmyra — a book she co-wrote with three other members of the University Teachers for Human Rights, Jaffna — that documented atrocities committed allegedly by the LTTE, the Indian Peace Keeping Force (IPKF) and the Sri Lankan forces on the Tamil civilian population in Jaffna. The book remains one of the few works critiquing human rights violations by all sides.

Only 35 at the time of her assassination Rajani was head of Jaffna University’s anatomy department and the mother of two young girls then.

Twenty five years later, her colleagues, associates and family decided to come together in Jaffna last weekend to remember her work but quite a few hurdles came their way, bringing into focus concerns over shrinking democratic spaces in the country.

Organisers said they had obtained prior permission to hold a meeting at the University of Jaffna, where Rajani served, and police permission to hold a procession. However, both were revoked days ahead of the event. When contacted, University vice-chancellor Vasanthy Arasaratnam said: “No one came to me to obtain permission,” adding that some of the organisers, working with the University, were “always troublemakers”. Deputy Inspector General of Police-Jaffna Rohan Dias denied having given permission to the procession as “it would inconvenience the public in the narrow roads of Jaffna”.

Ahilan Kadirgamar, Jaffna-based political economist and member of the Rajani Thiranagama Commemoration Committee, said, “We wanted to organise a series of events to remember not only Rajani but all those who had stood for democracy and justice during the tragic war that had torn apart our society and our country.”

Later, municipal authorities revoked permission obtained by the organisers to hold one of the seminars at Jaffna’s public library, Mr. Kadirgamar said, adding that authorities prevented their attempt to hold the event in public spaces in a transparent way. The municipal commissioner in-charge of the library could not be reached for comment. The organising committee, its members said, had to find alternative venues in the last minute.

Amid concerns about constant military surveillance in the Northern Province, a few men turned up at the seminar on Sunday, organised in the premises of a church, introducing themselves as members of the CID and taking details. On the visit of “CID officials”, the DIG said: “I don’t know who they are. The CID is not in my purview. And sometimes, some people in civilian clothes just claim they are from the CID.”

After Rajani’s assassination in September 1989, her fellow activists and family members had to leave Jaffna as they faced similar death threats. Over two decades later — and five years after Sri Lanka’s brutal war ended — the group of academics and activists that put the event together saw the event as an opportunity to reflect on the process of democratisation and issues of the marginalised sections of the war-torn people, something that resonated with Rajani’s work.

Speaking at the commemorative meeting, health worker Sarada Devi said: “The war was intense and we were terrified seeing many of our loved ones dying. Many of us were detained, tortured and put through enormous difficulty. I was so affected that I could not even cry at that time. It was Rajani who lifted me up and brought me out of my terrible situation.”

Initially assisting the LTTE — offering medical support to its wounded combatants — Rajani left the movement, completely disillusioned with the armed struggle and what she saw as the group’s “narrow nationalistic politics.” Rajani’s was also one of the few voices in the north at that time that critically reflected on Tamil nationalistic politics and the implications of an arms movement.

She was equally critical of the Sri Lankan armed forces and the IPKF, the Indian military on a peace-keeping operation in Sri Lanka between 1987 and 1990.

Rajani had, in fact, predicted the fall of the LTTE in The Broken Palmyra, observing, “The Tigers’ history, their theoretical vacuum, lack of political creativity, intolerance and fanatical dedication will be the ultimate cause of their own break up. The legendary Tigers will go to their demise with their legends smeared with the blood and tears of victims of their own misdoings.
The Hindu