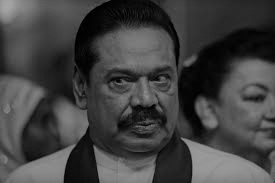 In the recent weeks there has been a debate over a reported demand by the main Tamil Party — Tamil National Alliance (TNA) — to curb the powers of the provincial governors in order to empower the provincial chief ministers.

“In India the governors can dissolve provincial assemblies, in our country they can’t do it, he said, adding that it would be dangerous in terms of preserving the unitary character of the state in Sri Lanka,” he said.

Rajapaksa’s Opposition Block in the recent weeks have stepped up their anti-constitutional reform campaign.

They label the attempt as a “give in” to Tamil demands.

He said the current government headed by his successor Maithripala Sirisena and Prime Minister Ranil Wickremesinghe were attempting to “appease the Tamil minority while antagonising the Sinhala majority”.

Sirisena has been advocating a constitutional solution to the Tamil demand for political recognition.

His electoral victory over Rajapaksa in 2015 was overwhelmingly backed by the Tamil minority.

The constitution making process to replace the 1978 adopted existing constitution was set in motion by Sirisena in January this year.

Reports of six sub committees now await to be received by the 21-member steering committee comprising members from all parties represented in parliament.

The government blames Rajapaksa’s Opposition Block for misleading the population in order to gain political advantage in the constitution reform process.

Rajapaksa was also critical of the government’s decision to create an industrial zone in his home district of Hambantota by granting 15,000 acres of land to the Chinese state-owned firms.