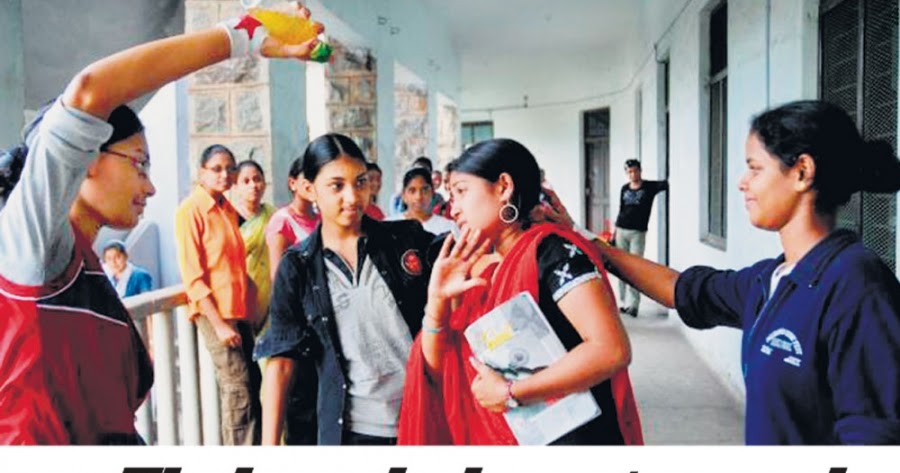 Another story about ragging in universities had made headlines last week. 19 senior students of Ruhuna University were remanded after being arrested over an incident where a new student from Gampaha had been inhumanly tortured during ragging. They had been arrested after the victim student, seemingly a courageous boy had published the nightmare he had to undergo in social media and had held a media conference to explain the grisly experience that he had had.

This is not the first time we hear such stories or comment on ragging in this column. Last year, 15 senior maniacal students of the Peradeniya University had been caught red handed by the university authorities while they were torturing a first year student at an abandoned house in Hindagala. Ragging had been reported from other universities as well in the same year and the academics at the University of Kelaniya had suspended teaching activities in protest against on-going ragging at the university.This has become an annual ritual by the university maniacs.
Wijayadasa Rajapakshe, who was the Higher Education Minister last year had said that for the previous two years nearly 2000 students who had entered universities had left them due to inhuman ragging by the senior students. The current Higher Education Minister Rauff Hakeem also without specifying the duration said in Parliament in March this year that 1987 students had left universities due to inhuman ragging.

We have heard about brutal ragging incidents in universities and other higher education institutions and stories about students leaving universities but nobody expected such a large number of students to give up university education just because of the barbaric mindset of another group of students. We can imagine with these stories as to what a disgraceful situation we have in our universities. After hundred of unfortunate incidents including murders and suicides by the students over the ragging, a section of the university students who are considered to be the cream of the student community have not realized yet that the temptation for ragging is nothing other than a psychopathic condition.

Although these incidents had been reported in the media every year with the reports of ragging in the current year appearing in the media, it is appropriate to mention a few emblematic barbaric cases such as Rupa Ratnaseeli who was paralyzed in a ragging related incident at the Peradeniya university in 1975 and committed suicide in 2002, Chaminda Punchihewa, who died as a result of ragging at the Ruhunu university in 1993, Prasanga Niroshana, who died as a result of ragging at Schools of Agriculture, Angunakolapalessa, S. Varapragash had lost his life due to a kidney failure following severe ragging at Peradeniya university in 1997, Kelum Thushara Wijetunge died in the same way in the same year as Varapragash at the Hardy Technical institute in Ampara.

It is worth reproducing some of the points we had articulated in some of our editorials before. The Student Union leaders who are in most cases affiliated to the JVP or its breakaway group, the FSP invariably deny the prevalence of ragging in universities must stop trying to pull the wool over the people’s eyes, since the ragging is a well known fact. And the students claim that they conduct familiarization programmes for freshers, as they commonly called it. This acknowledgement of conducting “programmes” for freshers, which is not required either by the university administration or by the curriculum, speaks a lot when it is read along with the past unfortunate incidents during ragging. Such familiarization programmes are not required in many huge work places where people have to work as a team.