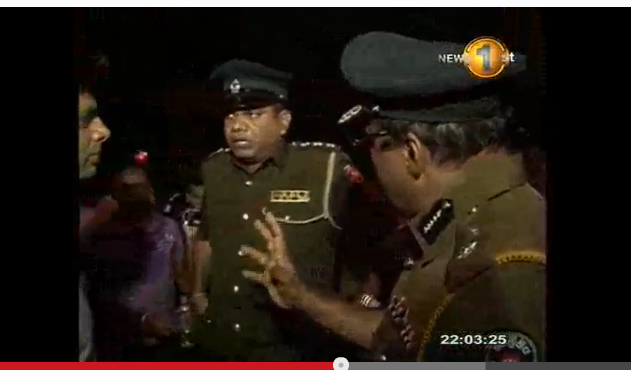 On 12th April, around 7pm, I was amongst a group of people gathered on the pavement, outside the Sri Sambuddha Jayanthi building, situated at 32, Havelock Road, Colombo 5. This is the address of the Bodu Bala Sena, which has been accused of inciting and unleashing violence against minority religious communities, particularly Muslims and Christians.

We gathered without obstructing anyone passing by on the pavement, or road, or those entering the building. Infact, people walked passed us on the pavement and vehicles moved along at normal pace on the road, and several Buddhist Monks and men had come out of the building without any problem. I and some other friends had gathered in response to a public notice on the internet (http://www.yamu.lk/event/vigil-to-safeguard-the-dhamma.html [3]) inviting people to attend a peaceful candlelit vigil in the face of rising racial tensions in Sri Lanka and to protect the Dhamma. Others would have been organizers. It was organized by the facebook group Buddhists Questioning Bodu Bala Sena, but I also met some Muslims and Christians amongst participants. I think I would have known less than 10 persons I knew before, and they clearly didn’t seem to be in leadership positions.