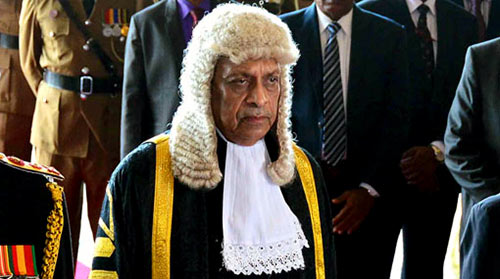 In a major development, Speaker Karu Jayasuriya has requested President Maithripala Sirisena to protect privileges of UNP Leader Ranil Wickremesinghe until the person with a Parliamentary majority establishes as the Prime Minister.

The Speaker, writing a letter to the President, says the request presented by the UNP is fair.

He emphasized that the President, as a leader who obtained a mandate to uphold good governance, should closely look into the matter.

He also says that Proroguing Parliament for 20 days may lead to instability. The recent incident reported in state media institutions, travel advisories issued by foreign country and concerns expressed by various parties highlight the gravity of this situation, Jayasuriya says in his letter.

He also adds that proroguing Parliament should happen with the consent of the Speaker, according to Parliamentary traditions. 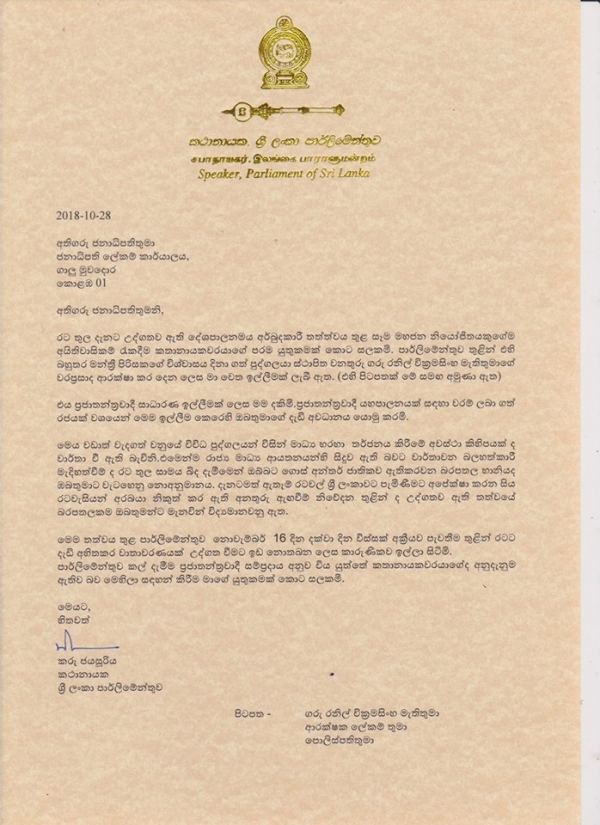