Proposed 20 Amendment to the Sri Lanka constitution: Impact on the PM, the cabinet and parliamentary process 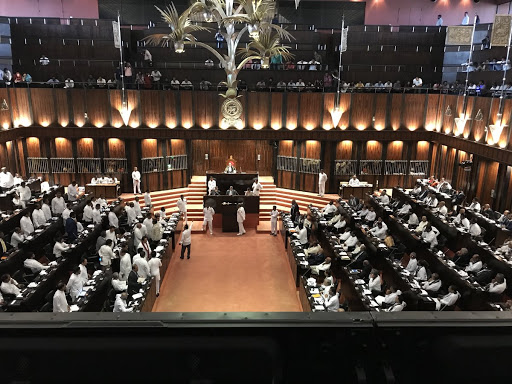 The proposed 20th Amendment to the Constitution makes several significant changes to the present Constitution, altering the dynamics of the separation of powers between the various organs of government, with the balance of power tipping in favour of the executive President.

According to the proposed 20th amendment, the President will be immune from all legal proceedings during the period of his/ her presidency except in the following limited situationsa) For acts done by the President in his/her capacity as a Minister
b) Impeachment proceedings in terms of Article 129(2)
c) Election Petition relating to the validity of a referendum or Presidential Election [Article 130(a)] d) Proceedings in the Court of Appeal under Article 144 or in the Supreme Court, relating to the election of a Member of Parliament.

The existing provision only grants the President immunity from civil and criminal proceedings. The existing provisions also expressly gave citizens the right to file Fundamental Rights applications in terms of Article 126 of the Constitution – which is the be removed by the proposed 20th Amendment [Article 35 C;ause5]

The Parliamentary Council will be comprised of ONLY Members of Parliament under the proposed amendment. (Clause 6)

The Members of Parliament appointed to the Parliamentary Council will owe their allegiance to the Government or the main party in opposition. There is no representation of other political parties represented in Parliament. No provision to appoint persons of eminence and integrity who are not members of any political party. No recognition of the pluralistic character of Sri Lanka, and the need to take diverse views into consideration when making appointments to key positions. (Article 41A)

The National Procurement Commission and the Audit Service Commission have been abolished. [ Clause 57(4)  ]
Where there is no procedure set out in the Constitution or in any written law for the removal of the appointments made;
➢ In terms of the existing constitution the President can remove such a person with the approval of the Constitutional Council.
➢ In terms of the proposed 20th amendment, the President does not even need to obtain the “observations” of the Parliamentary Council and can remove such persons at his pleasure.
Under the proposed 20th Amendment, the Inspector-General of Police has been removed from the list of offices referred to in Part I and Part II of Schedule in Article 41A. This results in a lacuna in the appointment of the Inspector-General of Police as the Constitution does not provide for this appointment.

No Transitional Provisions made to deal with appointments to the;
– Right to Information Commission
– Office on Missing Persons
– Office for Reparations
All three of these Acts require appointments to be made on the Recommendation of the Constitutional Council. With the Constitutional Council being abolished & the resulting Parliamentary Council not having the power to make recommendations, the individual Acts will require amendments. In the absence of a transitional provision which deals with this situation and without amendment to the acts, the said commissions could become defunct. [Clause 6 of the 20th Amendment, Article 41(A)]

The Chairperson of the meeting does not have an original vote in the Constitutional Council. There is no quorum for the meetings of the Parliamentary Council, so any number of Members can meet and decide to provide “observations”. [Article 41A (11) of Clause 6]

Increase of President’s Powers over the Cabinet of Ministers

A significant difference is that the present Constitution does not have provision for the President to assign a Ministry to himself. (The exception being a limited transitional provision in the 19th Amendment which ceased to be applicable after the election of the current President). Under the proposed 20th Amendment the President may assign to himself any subject or function, and additionally shall remain in charge of any subject or function which has not been assigned to any Minister. [Article 44]

Limitations on the number of Ministers

Under the present Constitution there is a limitation on the number of Ministers (30), Non cabinet Minister and Deputy Ministers (40 in total). An exception is when a national government is formed, and in that case Parliament shall decide the number of Minister, Non – Cabinet Ministers and Deputy Ministers. Under the proposed 20th Amendment however, there is no such limitation. Removal of the Prime Minister Under the Present Constitution, the Prime Minister cannot be removed by the President, he shall continue to hold office throughout the period in which the Cabinet functions unless he resigns or ceases to be a Member of Parliament. Under the Proposed 20th Amendment, the removal of the Prime Minister is governed by the same provisions as the removal of any other Minister, including by the President.
Removal of Minister, Non – Cabinet Minister and Deputy Ministers Under the present Constitution all such categories of Ministers continue to function unless they resign or cease to be a Member of Parliament or if they are removed by the President acting on the advice of the Prime Minister.

Under the proposed 20th Amendment however, the President can unilaterally remove any Minister, including the Prime Minister. (This would however be subject to Article 43(3) of the proposed 20th Amendment which requires the President to appoint the Member of Parliament who in his opinion is most likely to command the confidence of Parliament as Prime Minister.) [Article 47]

Under the present Constitution it is expressly provided for that the Cabinet of Ministers functioning while Parliament is dissolved, until the conclusion of the General Election, shall comply with the criteria set by the Commissioner of Elections and shall not cause any undue influence on the General Election. This express provision has been removed under the proposed 20th Amendment.
In the event of the death, removal from office or resignation of the Prime Minister in the intervening period between the dissolution of Parliament and the conclusion of the General Election, the present Constitution empowered the President to appoint another member of the Cabinet to carry out the duties and functions of the Prime Minister (Article 47(2)). However, under the proposed 20th Amendment, if there is no such other Minister, the President shall himself exercise such duties and functions of the Prime Minister. The same in the case of the death, removal or resignation of a Minister, the proposed 20th Amendment allows the President to exercise such powers as well.  [Article 48]

Article 52(4) of the proposed 20th Amendment allows the Cabinet of Ministers to appoint a secretary who has ceased to hold office to any other post in the public service.
A secretary who was immediately prior in the Public or Local Government Service or in the service of any public corporation shall be deemed to have been temporarily released from such service and shall be entitled to revert to such service without loss of seniority upon his so ceasing to hold office as Secretary. The list of offices which are not deemed to be public offices have been changed under the proposed 20th Amendment. [Article 52]

Adopted from the CPA document on 20 amendment