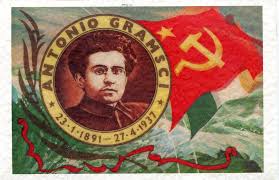 Image: Gramsci laid out several levels for analysis including: 1) class struggle, 2) the relationship between the State and society, and 3) the international system.

Recently, an event was put on at the University of Colombo by the “Virodhaya” Collective on November 16th, titled “The Meaning of Mahinda.” The discussion centred on the question of the Left’s approach to the former regime of Mahinda Rajapaksa and its current position. Based on the outcome of the conversation, it is worth addressing the persistent belief among some that the Mahinda Rajapaksa-led section of the SLFP is the progressive alternative to the UNP. In particular, the leadership of the Old Left parties such as the Lanka Sama Samaja Party and Communist Party continue to provide a progressive veneer to justify the Rajapaksa regime. I will refer to the Old Left in general throughout this essay, but it is important to note that there were important dissident factions that disagree with the majority position, especially the “Vame Kendraya.”

While the Rajapaksa regime was hardly anti-capitalist, the Old Left leaders promote the old distinction between the comprador-affiliated UNP and the national bourgeoisie, epitomised by the SLFP. In addition, they claim that the regime fought back against Western imperialism. These arguments are used to justify the Old Left parties’ alliance of convenience with the Rajapaksa regime long after the civil war ended. This includes elements that now form the Joint Opposition.

While the Rajapaksa regime is no longer in power, it is worth taking stock of the intellectual justification and support for Rajapaksa. This argument continues to shape the belief that the UNP and SLFP represent competing political paradigms. Rather, the UNP and SLFP both share a tremendous amount of consensus on areas such as economic liberalisation. In terms of foreign policy, while the Rajapaksa-led SLFP was vocally pro-China, it was happy to receive investors from all over the world. Meanwhile, the current government is promoting a new Non Aligned policy that uncritically embraces integration into the global market. The public is disenchanted with the entire political class, channelled into a narrow focus on corruption. These facts do not prevent some from mimicking progressive rhetoric in order to justify alliances with the Rajapaksa section of the SLFP and Sinhala nationalists.

To respond, we must address the Left’s strategy to create what Italian Marxist Antonio Gramsci referred to as a national-popular bloc. The Old Left adopts the position that progressive forces should support Rajapaksa against Western imperialism by making tactical alliances with Sinhala nationalists. They employ vaguely social democratic rhetoric, but they avoid the question of how the Left should achieve socialism. In contrast, Gramsci analyses how the State maintains power in capitalist society. Gramsci’s thinking does not justify consolidating power on any kind of nationalist basis. Instead, he analysed the historical preconditions for class struggle, including steps toward Italian unification during the 19th century.

Rather than looking at how the State shapes working class struggle, the Old Left often relies on the dictatorial “Caesarist” model of the State that Gramsci and Marx before him heavily criticised. They claim that the Rajapaksa regime represented the people, but its suppression of marginalised ethnic groups and popular protests even after the civil war indicates otherwise. Accordingly, there can be no progressive justification of the former regime. More importantly, the Left must continue to critique Sinhala nationalism and come to terms with its patchy record of compromise on this issue.

Building off of the discussion at the seminar organised by the Virodhaya Collective, I will outline briefly how these issues are represented in changes to the class system, the State, and international relations. Finally, I will conclude with a programmatic call for the Left to return to the question of how to achieve socialism through class analysis.

The first issue is that the Old Left has failed to analyse classes in the current Sri Lankan context. They rely on the outdated distinction between the comprador and national bourgeoisie. According to this argument, the UNP represents Western-linked mercantile interests. On the other hand, the SLFP represents local entrepreneurs and others who were protected historically from global market forces through subsidies and State-sponsored industrialisation. This analysis might have been relevant for the period from the 1950s to the 1970s, during the SLFP’s ascendancy. The question is, does this paradigm still apply after decades of economic liberalisation and the increasing integration of Sri Lanka into global financial markets? Can we really continue to make such a distinction between Sri Lankan capitalists and their representation in the two mainstream parties?

Because the Old Left skirts this question, we run into a second problem: the idea that the working class should align with a bourgeois party such as the SLFP without any clear vision of socialism or the steps to achieve it. The Old Left is content to believe that Rajapaksa’s populist dole based on an extensive network of patronage epitomised concern for the collective good. The reality is that the Rajapaksa regime used populism to consolidate its own power. Rajapaksa closed the space for working class resistance. When subaltern groups rebelled, in addition to marginalisation of ethnic minorities, they were violently suppressed. Meanwhile the regime claimed to build investor confidence after the civil war. It promoted mega infrastructure projects, while ignoring the long-term social costs for taking out loans on financial markets.

Ultimately, “progressive” support for Rajapaksa leads us to the third issue, which is the consolidation of nationalist forces. The Old Left dresses up alliances with Rajapaksa and Sinhala nationalists by arguing that it is key to forming a national-popular bloc. The reality is nationalisms have consistently divided the working class. Gramsci argued that the Left must operate on the terrain of the Nation-State in order to create a bloc that can carry out democratic tasks. He did not, however, justify nationalism as such. The Left must vehemently oppose any attempt to undermine the working class by promoting ethnic divisions. The Old Left supported the Sinhala nationalist Rajapaksa regime because it claimed the regime was opposed to Western imperialism.

This perspective ignores the current crisis in the global system and change in the balance of forces, including the advent of Trumpism. Nationalist forces are gaining ground in many countries. While liberal imperialism must be opposed, it does not mean the Left should endorse regimes that suppress democracy. The most obvious example is the Rajapaksa regime further entrenching the national security apparatus, cynically appealing to Islamophobia and the West’s “War on Terror,” in order to close the space for dissent in society. The Old Left leadership fails to explain how these actions help the Left advance the cause of socialism. More worryingly, they do not see why nationalisms of any stripe should be a red line for the Left when it comes to support for a regime or political group.

The Left in Sri Lanka has often encountered awkward overlaps with Sinhala nationalist forces because the latter appear to mimic some of the concerns of its constituencies, including farmers and the working class. The Old Left capitalises on this aura of social democracy in order to justify their alliances with reactionary forces. They argue that Sri Lanka is a small island facing a Western imperialist assault. In contrast, Gramsci laid out several levels for analysis including: 1) class struggle, 2) the relationship between the State and society, and 3) the international system. Fixating on the latter while ignoring the balance of forces within the working class and its confrontation with the State leads to the dangerous belief that authoritarian regimes should be supported as long as they claim to fight Western imperialism, even when they repress their own people.

The Left on the other hand cannot afford to make common cause with nationalist forces. The moment such forces gain power, they shut down the space for dissent. This forecloses precisely the Left’s attempt to achieve a fair and just society. Rajapaksa “fused the regime with the State,” to paraphrase political scientist Jayadeva Uyangoda. He offers this analysis from a liberal democratic perspective, in support of checks and balances. While liberal democrats may be sympathetic to some of the Left’s concerns, they don’t necessarily adopt the vision of socialism. Nevertheless, they are a more natural constituency with whom the Left can ally to achieve specific demands, as opposed to reactionary nationalists.

This does not imply letting the current government off the hook, especially its neoliberal economic policy and disastrous proposals for workers’ rights. It does mean opposing tooth and nail any attempt by Rajapaksa and Sinhala nationalists to claw back power. Long after the defeat of the regime, the Old Left continues to mimic the rhetoric of “Third World solidarity” to justify its support for Rajapaksa. Without class analysis and a socialist vision that builds solidarity with marginalised ethnic, caste, gender, etc. members of society, however, such claims are reactionary, not progressive.