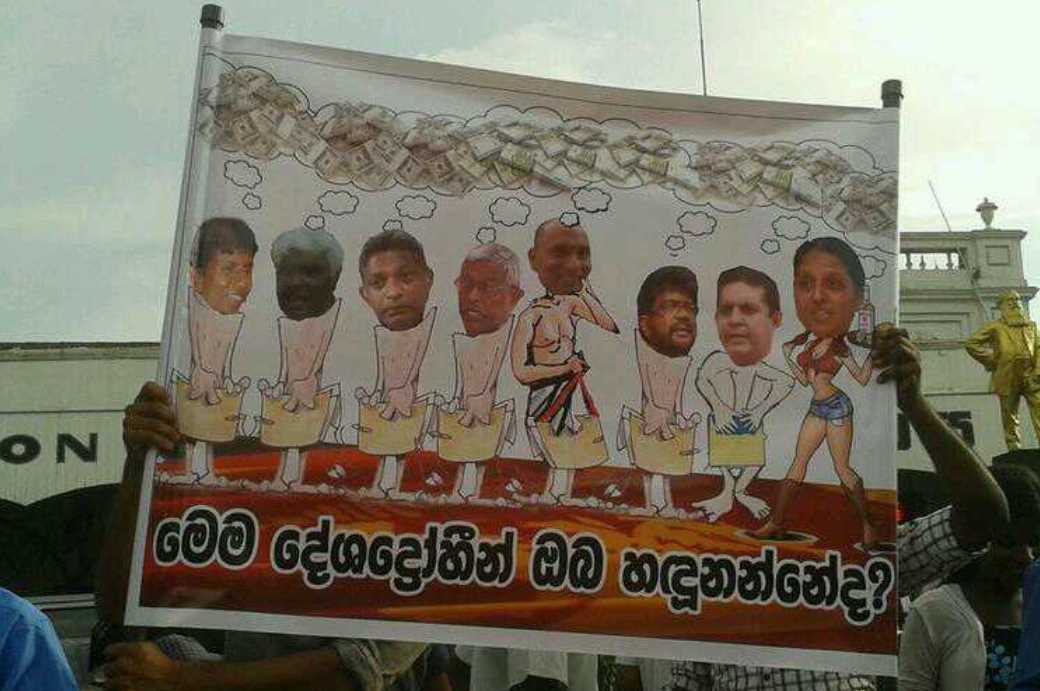 There were more police offficers  and intelligence agents  than the demonstrators at the protest venue, according to reports from Colombo.