Priorites in Working Towards a Political Solution – Friday Forum 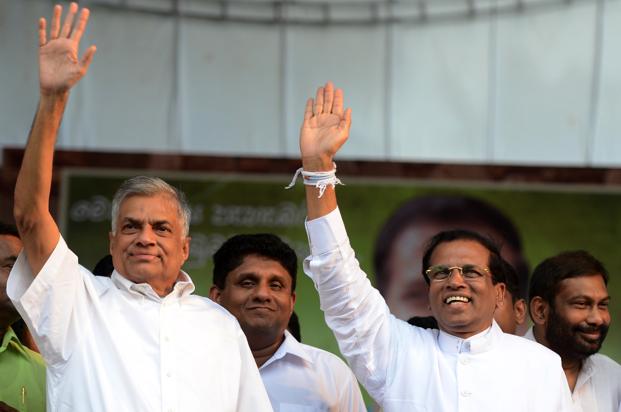 One year after the democratic changes our country witnessed, which also rekindled efforts towards reconciliation, the Friday Forum welcomes the process initiated on 9 January 2016 on constitutional reform, a response to critical political problems. While discussions on a political solution have focused on devolution and power sharing with the provinces, our statement puts forward for our fellow citizens and parliamentarians some principles and ideas that we think are fundamental to address the structural problems that have undermined the body politic of our state and society since independence, and have created an environment for conflict and tension among communities.

Sovereignty of the People, Non-Discrimination and the Concept of a Secular State

The fundamental principle is that sovereignty is in the people within a united, independent and indivisible state. If sovereignty is in the people, the rights and aspirations of all the people must be recognised, with due respect for their diverse religions, languages and ethnicities. Such a plural society will inevitably have to move towards a state which regards and treats all religions alike. The constitution will also have to reiterate that Sinhala and Tamil are both national and official languages.

Over the decades, authoritarianism has been on the rise, both with the state becoming repressive in the face of insurrections and armed conflict and with the increasing centralisation of state power. The current unitary structure of the state and the executive presidency have contributed to an alarmingly disproportionate centralised style of governance, abuse of executive power and violations of fundamental rights. This has also led to breakdown of law and order, and a culture of impunity for acts of gross violence and corruption. The principle of subsidiarity calls for devolving power from the centre and for people’s participation and power sharing. There should be constitutional guarantees to ensure such devolved power is not retaken by the centre, and that the criterion of use of such devolved power is, in its turn, invariably the welfare of all citizens of the devolved unit without distinction. We have witnessed how a unitary structure of the state leads to the judiciary, the bureaucracy, the economic policy makers and even our educationists working with a centralised mindset. Such a unitary worldview is hierarchical and undermines the concerns and participation of people in the peripheral regions in particular. Democratisation of state and society and sovereignty of the people require that any new constitutional proposals should abolish the executive presidency and provide for maximum devolution within the concept of a united and indivisible country.

The legacy of the social welfare state, with comparatively high human development indicators, has been undermined in recent years with neo liberal economic policies. Economic development has focused mainly on Colombo and the Western Province, and uneven development characterises the national economy. Social and economic inequalities are on the rise, with such inequalities particularly affecting the regions in the periphery including the Northern and Eastern Provinces that were most affected by the armed conflict. Therefore sustainable development policies should be implemented in the regions, to ensure that local economies and resources are also developed and benefit the people. Furthermore, there should be fair and adequate distribution of national resources to ensure such regional development. In this way the untapped human resource potential of rural youth and women can be harnessed for development. In addition, sectors like agriculture and fisheries, which are important for livelihoods at the regional level, can be developed through adequate national resources committed for such development.

The gains made after independence regarding equitable access to quality education have been progressively undermined, and there has been national recognition of a continuing crisis in the education sector. This crisis is not limited to our school system and university education, but is reflected in non-formal education such as vocational training and agricultural extension. If education is to be meaningful for all the people, it has also to be accessible and relevant to problems and issues faced by people in diverse and marginalised communities. This requires reassessment and review of curricula and teaching methodologies with the participation of regional education authorities. They must be adequately resourced to meet the challenges of education reform.

Sri Lanka after decades of armed conflict and great inequalities has become a divided society. Ethnic and religious divisions, class differences and caste oppression in some communities continue to undermine our capacity to achieve integrated development and progress. Efforts to rebuild inter-ethnic and other social relations between communities have to begin with adequate resources allocated to the regions as well as with dismantling the structures at the centre which perpetuate racism, gender-based discrimination and other forms of social exclusion.

We ask all engaged in the current reform to reflect on and recognise the importance of integrating the above principles into the process. The Friday Forum calls on our fellow citizens and our Parliament to reflect on these principles and engage with the constitutional reform process, so that we can begin to resolve the political questions that have plagued our country since independence. The need for rejecting adversarial politics and finding common ground to forge a consensus on what is best for our common future was emphasised by the President when he addressed Parliament. This may be a last opportunity to defeat divisive and extremist forces in different parts of our country, and work towards a just society and a sustainable environment of peace, security and prosperity for all our people.

For and on behalf of