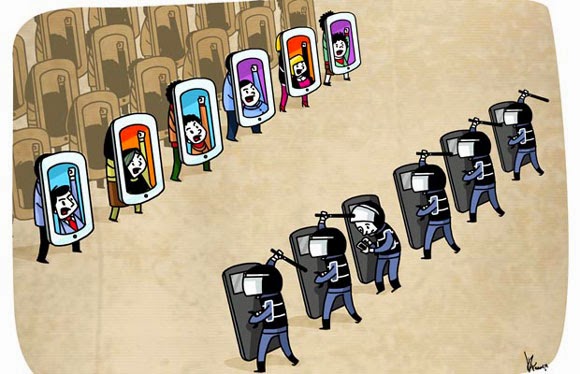 Today is the World Press Freedom Day. As the countries around the world mark this day with celebrations, we in Sri Lanka ought to sit down and take stock of our credentials of press freedom. That would make us recollect the sombre memories of the ghastly attacks on our colleagues, media institutions, unresolved killings and abductions of our kind that dominated the headlines time and again in the recent past.
We are still waiting for justice for our slain, abducted and assaulted colleagues. However, five years since the end of war, the government has not investigated a single killing, abduction or assault on journalists, leading to a conviction.
We are struggling to stick to the best ethical practices of journalism in a country which ranks fourth in terms of manifest impunity towards journalists’ killings. We live and work at the mercy of the powers that be.
Ours is an increasingly suffocating environment, where the traditional values of democracy, free press and fundamental rights are discarded and mocked. The space for independent media is fast shrinking and dissent is reviled and threatened with physical attacks and jail terms. In the meantime, servility is cherished as good citizenship.
Some media institutions and their practitioners themselves have traded their integrity for pecuniary benefits. Gone are the days of hard-nosed news journalism. Even those who wish to give it a try is dissuaded by the very saying that no story is worth one’s life.
How Sri Lanka regains its great traditions of free and activist media should be the focus on this sombre day. That would, of course, be a long and tedious journey.
Perhaps, a good starting point would be educating local journalists for the fact that semi-qualified, half-baked and egoistic scribes had partly been responsible for the undoing of the Sri Lankan media. They turned journalism into a dog-eat-dog world.
Equally important is that we choose our battles and rationalize our campaign. The campaign for justice for our colleagues is not something that the media cannot easily give up. Yet, we should be cognizant that given the official complicity in some of those incidents, justice is unlikely to be delivered any time soon.
Therefore, while standing true to our colleagues, we should also refocus our energies into other new and old campaigns.
One such initiative is a campaign for a Right to Information Bill, which would provide a practical regime for people’s access for information. It is important to note that the Lessons Learnt and Reconciliation Commission (LLRC) in its report recommended that the government introduces a Right to Information Bill.
Right to Information is an integral part of modern participatory democracy. It fosters transparency, accountability and good governance. It ensures the rights of people who are sovereign, to know as to how their elected representatives govern the country. It helps the people and the government to make informed judgments in decision making. Sadly, Sri Lanka is the only South Asian country that does not have a Right to Information Bill.
Both the government and civil society has a responsibility to make sure that Sri Lankan people have access to important information on par with their South Asian counterparts. We as media personnel cannot waver when it comes to that responsibility.