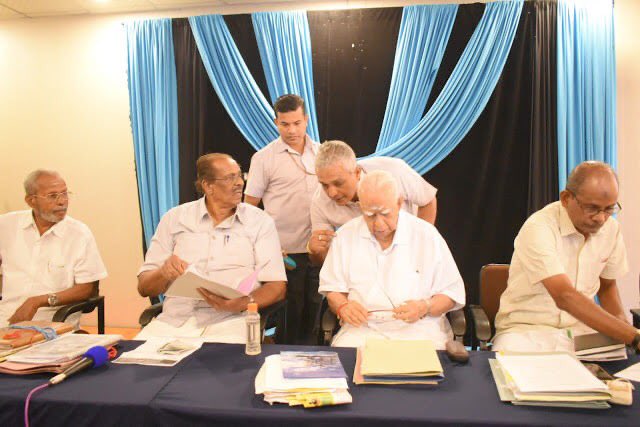 The decision was announced by TNA MP and spokesman M.A. Sumanthiran in Vavuniya yesterday.

Sumanthiran said the TNA had made the decision not on the basis of Premadasa’s response to the demands made by the TNA but in view of the fact that Tamil people would be able to get more from Premadasa than any other candidate in the fray.

The TNA members met at a private hotel in Vavuniya yesterday to take a final decision and held a press conference there to announce it.

The TNA earlier forwarded a letter containing 13 demands for the benefit of people living in the Northern and Eastern Provinces to the presidential candidates from main parties.

None of the presidential candidates responded directly to the TNA’s demands, and TNA Leader R Sampanthan said that they would wait until NDF candidate Premadasa made his manifesto public so that they could study the promises the latter might make for the benefit of people in the North and the East.

After NDF candidate made his manifesto public, MP Sampthan told Tamil media that though there had been no direct statement on his commitment for the fulfillment of TNA’s 13 demands, Premadasa’s electoral pledges were more positive than what others had offered.

MP Sampanthan then also promised that his party would discuss the content of the manifesto with other Northern political party leaders and make a final decision.

Accordingly, the Northern Tamil parties discussed the NDF candidate’s manifesto at a full day meeting and made it public yesterday.