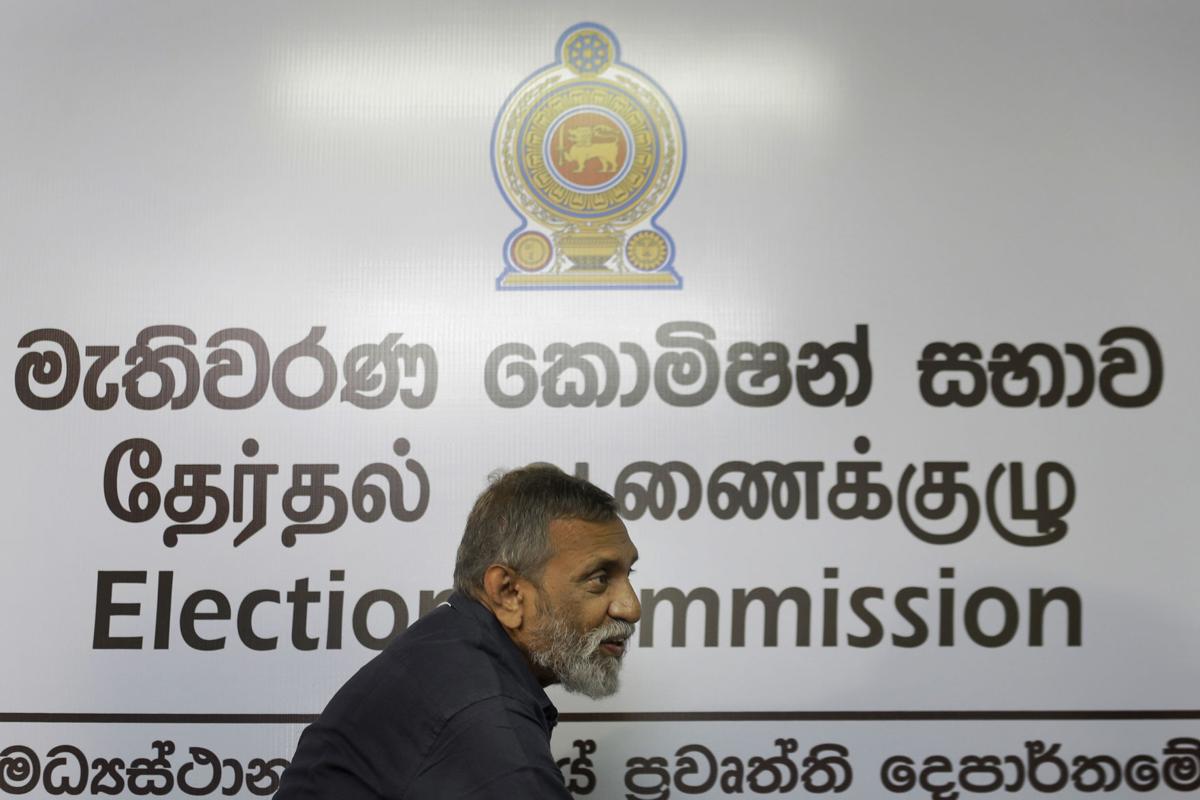 The National Elections Commission (NEC) Chairman has been pressing for fair and independent reporting of election-related issues at different fora and at meetings with political party representatives. He nevertheless remains challenged by me, in how he allows a private print media to go without any legal action against it on an election campaign advertisement published in Sinhala that included a photograph and statement by the present Army Commander, despite the latter confirming he has nothing to do with the said advertisement. While it leaves much to ponder on how the NEC actually delivers on its responsibilities, it also raises the issue on how the NEC perceives media, both State and private, in regulating election-related matters. 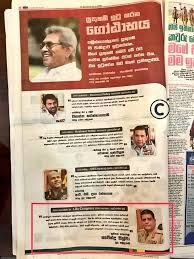 There is confusion and wrong assumption on how the print and electronic media, using digital frequencies, should behave during elections. Chairing a press conference on October19, the NEC Chairman was reported as having said, “We call on all media outlets, especially State media institutions, to be neutral and not to show impartiality. Not only should they be impartial, they need to show impartiality to convince the people.” He had said the NEC would be taking legal action if there were violation of neutrality. “For private media, we remind that the frequencies belong to people, from people to the government. Those are limited and temporarily leased to private media. Private media too are bound to use them fairly. Therefore, use fairly.” the NEC Chairman had requested. He is presumed to have based himself on ‘media guidelines’ issued by the NEC in advising and cautioning media. The NEC guidelines are not only inadequate, but also confusing and ambiguous. Quoting Article 23(5)(a) of the 19 Amendment, the guidelines issued say, “(1). All telecast, broadcast and print media shall be neutral and impartial in their reporting of election-related matters and shall not discriminate against any contesting political party/independent group or a candidate in allocating airtime and allotting space in the newspapers.”

Terms and conditions for leasing digital frequency do not seem to have strict conditions laid down.

Private media is not that plain. Private print media ownership and its responsibility are different to that of private electronic media. Print media in the private sector does not involve any public resource as does the private electronic media. All investments for private print media, from employment of editorial and non-editorial staff, procurement, printing, delivery and sales are owned and invested on by a single private entity; an individual or a company. That private ownership has a right to decide on the editorial policy of the newspaper. The State or the government cannot dictate terms in how the editorial policy should be decided in private newspapers. The ownership of private print media can thus decide to be independent or support any candidate of their choice.

In developed modern democracies, print media can declare the name of the candidate and political party they have decided to support and use its coverage and reporting in favour of their candidate and political party. But that with civility and decency, respecting the social responsibility of providing factual and accurate reporting, with no personal insults and slander of other opposing candidates and political parties. Such politically-decided print media are also required to treat a-political State agencies without political compromise. With such a clear difference among private print and electronic media, it is wrong to lay down guidelines to say “…..print media shall be neutral and impartial in their reporting of election related matters….,” and should “allocate equal space” to all.

Electronic media that is wholly dependent on digital frequency that has absolutely no substitutes in broadcasting and telecasting, does not have that freedom of choice the private print media have. Digital frequency as a natural resource is public property owned by the people. The State is only its “guardian” and no government can handle digital frequency for its own benefit. In a path-breaking, historic decision by the Supreme Court on the responsibility of the State and government over natural resources was delivered on the FR petition SC No.884/99 filed by 07 citizens against the selling of mining rights of Eppawela phosphate deposits to Freeport-McMoRan of USA and its affiliate IMCO Agrico. The SC ruled, “…the organs of State are guardians to whom the people have committed the care and preservation of resources of the people. This accords not only with the scheme of government set out in the Constitution but also with the high and enlightened conceptions of the duties of our rulers, in the efficient management of resources in the process of development, which the Mahavamsa, 68.8-13, sets out…”

There is a clear lapse in how digital frequencies are efficiently managed with “high and enlightened conceptions of the duties” as detailed in this SC ruling. The Telecommunications Regulatory Commission (TRC), sole licensing authority and regulator, does not make public the details of terms and conditions attached to leasing of digital frequency. Non-transparent management of digital frequencies thus provide for heavy corruption and undue advantage to TV and FM radio owners to go their own ways.

Terms and conditions for leasing digital frequency do not seem to have strict conditions laid down. Those who have obtained licences to use digital frequencies for broadcasting have even been selling them for massive profits. In fact, radio channel “V FM” initially licensed to the JVP has changed hands many times. All that remain as important issues to be taken up with TRC. But how electronic media are used by private owners during election time is the sole responsibility of NEC. In that the NEC media guidelines fall short of ensuring how media are monitored and regulated for impartial and socially-responsible reportage and coverage of election related matters.

In India, the Elections Commission issues a regularly updated book titled “Compendium of instructions on media related matters” for all Lok Sabha elections, which is very comprehensive. Based on that, there had been legal action taken against media outlets. In April2004, the Supreme Court of India ruled, on certification of political advertisements on TV channel and cable network (Ministry of Information and Broadcasting Vs M/s Gemini TV Pvt. Ltd. and others) that “…all political advertisements proposed to be aired on TV channels and cable networks by any registered political party/group or organisation/association/individual shall be pre-certified by the designated certification committee. And these committees are to be set up at various levels by the Elections Commission of India.” In fact, in India, that applies to print media election advertising too. All election advertisements paid for or free, need to be certified by the designated committee appointed by EC.

Issue here is the NEC with just three members control everything related to elections from State resources use, posters and banners in public display to media monitoring and receiving complaints, while being responsible for all logistics that have to be in place for people to cast their vote, to counting and releasing “results” without any flaw. NEC seems to want total authority in everything when micro-managing of an islandwide event that brings together many State, private and non-governmental agencies is nigh impossible. There is no delegation of powers by NEC as in India. Thus, there is hardly any media monitoring of worth and is being reduced to complaints by concerned people or other social organisations.
This allows both State and private media to go about doing what their owners want done for election campaigning and most often, media monitoring is about rhetorical statements by NEC. Sadly, no self-appointed election monitoring organisation has taken up these issues at any time in history. Nor has NEC thought it fit to improve on its capacities in monitoring election related violations including use of State resources and the media.

It is not enough in any way to say digital frequencies are “limited and temporarily leased to private media. Private media too are bound to use them fairly. Therefore, use fairly.” It is now time to demand from NEC, it should constitute immediately in concurrence with the Constitutional Council, an independent 24×7 Media Monitoring Committee (MMC) with competent persons who understand what media are and how they should be regulated during elections, with NEC taking responsibility to act on the directives and recommendations of MMC. This could subsequently be strengthened before the next parliamentary elections in 2020 and the media guidelines refined and updated to hold media responsible to society.