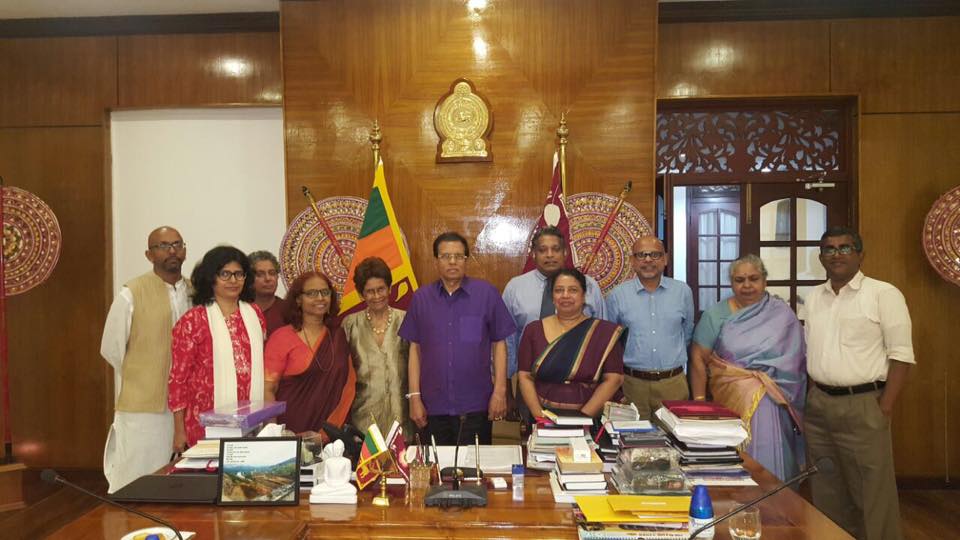 A face book post by the Consultation Task Force on Reconciliation Mechanisms (CTF) after having met president Sirisena says that ” the President clearly stated the prioritisation of Constitutional Reform over Transitional Justice”.

This implies that the Transitional Justice process will take a back seat until new constitution is promulgated. Constitutional reform process has been has become uncertain after SLFP central committee headed by Sirisena himself decided not to go for a constitutional referendum. Further   SLFP CC wants to keep the executive presidency.

Because of these decisions of the SLFP CC constitutional reform process has run in to a crisis.

The members of the Consultation Task Force on Reconciliation Mechanisms (CTF) had met with H.E. President Maithripala Sirisena on the 30th of January 2017. There was a frank discussion of the CTF report and the challenges and opportunities with respect to Transitional Justice in Sri Lanka, says the CTF face book post. ‬

‪The president has also talked about the  need to foster support for Transitional Justice amongst all communities.