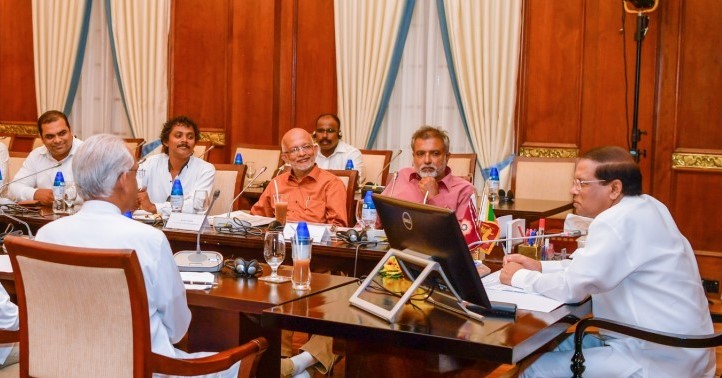 President Maithripala Sirisena has given instructions to appoint a special committee to look into the professional issues of the regional news correspondents of media institutions and to submit recommendations regarding the solutions for those issues.

This committee will comprise of the Director General of the Government Information Department, an Additional Secretary to the Ministry of Mass Media and Commissioner General of Labour, the President said that adding that the report of this committee should be submitted to him within three months.

He gave these instructions during a special meeting held at the Presidential Secretariat today (27) regarding prevailing professional issues of the regional media correspondents.

During this meeting, special attention was drawn regarding the salaries and allowances given to the regional news correspondents and also paid attention regarding the other difficulties faced by them in news reporting.

It was also discussed in detail about the facts included in the letter presented to the President at the 6th convention of the Media Employees’ Trade Union Federation.