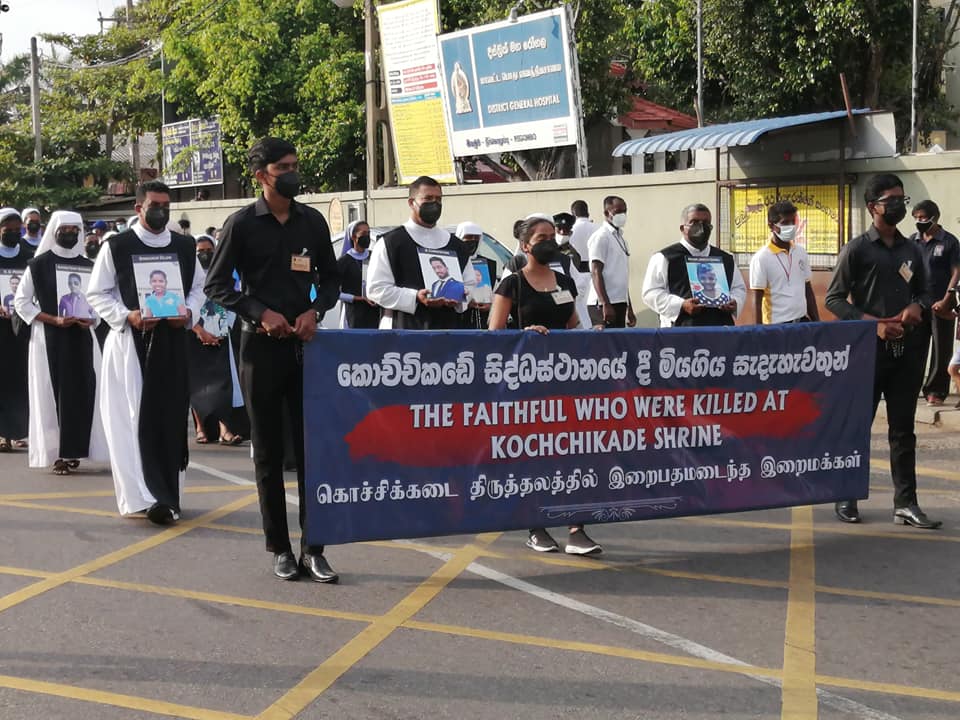 The head of Sri Lanka’s Catholic church, Malcolm Cardinal Ranjith, is courting controversy again, this time claiming that President Gotabaya Rajapaksa had told him that he could not implement certain “unpopular” recommendations made by a presidential commission of inquiry (PCoI) on the 2019 Easter bombings.

“… two days after the [PCoI] report was handed over, [the president] called me, and he asked me ‘how I cannot do all this, because there are some provisions in the report that if I implement, I will become unpopular’ (sp),” the cardinal claimed.

“The government has not implemented most of the recommendations of this report. The report has been a waste of time and a waste of hope to all of us,” he said, calling for international assistance in uncovering the truth.

The recommendations made by the PCoI included criminal proceedings to be instituted against former President Maithripala Sirisena and others. The report also identified a number of Islamist groups accused of causing or supporting “racial and religious disturbances” and the Sinhalese Buddhist organisation known as the Bodu Bala Sena (BBS) which the report said had “contributed to the events”.

“When President received the copies of the report he immediately picked a group of ministers of his own government which was a political decision, which was not an independent decision”

The Catholic leader was speaking at a Zoom conference last Saturday (16) with the Sri Lankan expatriate community living in Australia. At least two mainstream Sri Lankan television networks aired a recorded segment of the call in their primetime news bulletin on Sunday.

The cardinal said that, in the run-up to the November 2019 presidential polls, Rajapaksa assured the public that the Easter attack – which had killed 269 people and injured over 500 – would be probed as soon as he came to power.

“At a meeting held immediately after his victory with the Bishops conference and with me, he assured us and promised us that he will carry on with the decisions of the commission and he will implement all its decisions.

“But what happened was, when he received the copies of the report he immediately picked a group of ministers of his own government which was a political decision, which was not an independent decision, to pick and choose whatever has to be implemented in order to protect his interests and whatever should be not implemented in order to also protect his interests (sp),” claimed Ranjith.