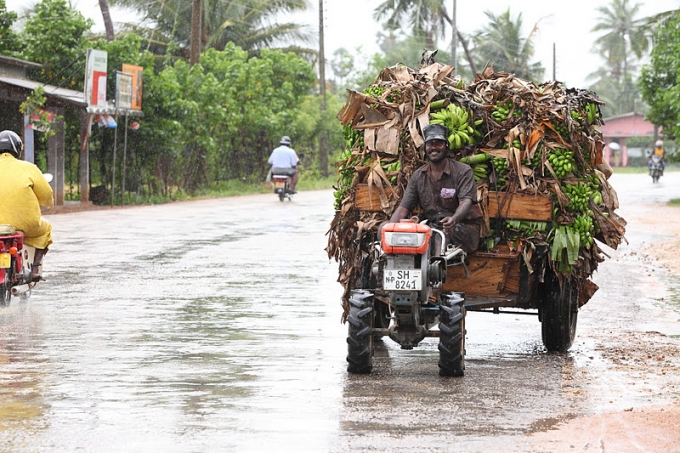 The immediate macroeconomic tasks of the Government include the mitigation of the external financial vulnerability and reduction of the fiscal deficit that have been discussed in previous columns. The resolution of the recent increase in unemployment and depressed household incomes of a large proportion of low income households due to the global recession are urgent problems that have to be addressed immediately.

However, the focus of today’s column is the preconditions for long run sustainable economic and social development. The preconditions for long run sustained economic and social development include national unity, political stability, the rule of law, eradication of corruption, pragmatic economic policies and their effective implementation.

Our economic performance in the 72 years since independence has been much below our potential and expectations. Considering the country’s initial favourable conditions, the annual average economic growth of only about 4 percent in the last 70 years (1950-2020) has been disappointing. Countries in East Asia and South East Asia that were at a lower state of economic development and lesser per capita income have surpassed us by far. Last year we fell from a high middle income country to a low middle income country.

Nevertheless, the country’s social achievements are impressive. High life expectancy, low maternal and infant mortality, high literacy and school enrolment are significant achievements. The qualitative improvements in these too could have been enhanced if the economy performed better.

At least five preconditions are needed for the country to achieve economic development. These are a stable government committed to long run development of the country and ensuring the rule of law, achievement of ethnic religious and social harmony, eradication of corruption, sound and pragmatic economic policies and a certainty in their continuity and effective implementation.

The absence of these non-economic factors and effective pragmatic economic policies are underlying reasons for determining economic and social development. Admittedly, there are a number of other reasons too that influence economic development such as a people’s values, work ethic, education and the political culture and milieu.

One of the key reasons for the country’s inability to achieve higher economic growth has been the periodic ethnic and religious violence. These episodes have deterred foreign investment, weakened the country’s economic capacity through waves of brain drain, increased defence expenditure, increased the fiscal deficit and public debt and destabilised the economy.

The clearest instance of this was the July ’83 violence at a moment in time when the economy was set to take off with significant foreign direct investments. This led to the severe setback to the economy till the end of the civil war in 2009.

Ethnic and religious harmony will be a determining factor in ensuring economic development in the future.

Political stability and rule of lawRule of Law

The massive mandate the SLPP received is once again an opportunity to ensure these preconditions for economic development. The stability of the Government for the next five years should give it a strong resolve to implement policies that are conducive for growth without implementing populist policies that derail the economy.

Ensuring law and order and the rule of law is one of the most important preconditions for economic development. The rule of law means not only the enforcement of law to ensure peace and orderly life of the community, but also equal justice for all. Without these the economy will not take-off as the investment climate will not be conducive for foreign and domestic investment.

The government must eradicate corruption and be above corruption. Corruption distorts economic and social priorities, wastes public resources and leads to inefficiencies that retard economic growth. It is well recognised that bribery and corruption have permeated all strata of the body politic and administration. Much of the success of the new government depends on achieving a relatively low level of corruption in the country.

Admittedly, despite the government’s majority in parliament, it would find it difficult to implement these suggestions. The political culture and milieu and ambitions of politicians and vested and parochial interests may oppose needed political and economic reforms. That is why the country has remained underdeveloped and did not achieve her economic potential. Yet we must hope that there would be break from the past that would enable the preconditions for economic growth and development.

An efficient administration is crucial for effective implementation of policies. Administrative reforms to ensure an efficient public service is a priority. Despite a comprehensive Report of the Administrative Reforms Commission of many years ago, no reforms of substance have been implemented.

Sustained high economic growth can be achieved only if several non-economic preconditions are established. These include national unity, political stability and the rule of law, and eradication of corruption. Pragmatic economic policies and their effective implementation and economic, educational and administrative reforms are vital to enhance the country’s economic efficiency. Unless these preconditions are established our economic development will continue to be below our potential.