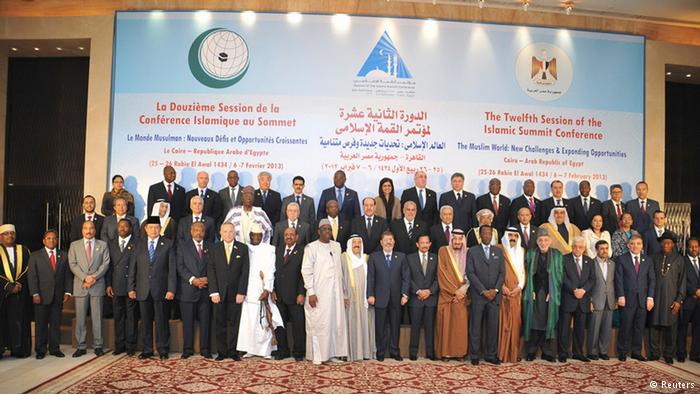 Sri Lanka Muslims at the cross roads – 9  By Izeth Hussain –

The focus of this article will be on the external dimension of the Sri Lankan Muslim ethnic problem. Way back in the seventeenth century the great English poet John Donne declared in one of his sermons, “No man is an island”. It has had much vogue as a quotation over several decades for more than one reason. It figures in the epigraph to Hemingway’s best-selling novel For Whom the Bell Tolls, which was followed by an enduringly popular film starring Gary Cooper and Ingrid Bergman. More importantly, the quotation could have been expected to have much resonance during a period when the perception was growing that the West was suffering from an excess of individualism. Even more importantly, the vogue of the quotation corresponded to a time when the greater part of the world was going through a process of modernization, which among other things entails a loosening of traditional social bonds. In that situation there was a deep need to affirm collective solidarity.

Countries that have serious ethnic problems will do well to bear in mind that people have a deep need for identity, which holds people apart from each other, while at the same time they have a deep need for unity, which brings them together. Our leaders in their obsession with the unitary have lost sight of the people’s need for unity. I am writing here of processes that take place within a country. We need to understand also a process that is going on in the world outside. The world is becoming a unit. A process of growing interdependence that has been going on for decades has been accelerating because of the advance of technology, so that the globe is becoming a village. This can be seen in the contrast between 1983 and 2014. The savage horror unleashed on the Tamils by the racist State in 1983 resonated far less powerfully internationally than the much smaller horror visited on the Muslims by the racist State in 2014. What happens internally in a country today carries with it an external dimension in a way that it did not in 1983.

There are two things to be borne in mind in approaching ethnic problems. One is this: “No man is an island”. The other, taking into account the realities of the 21st century, is this: “No island is an island”. In the context of ethnic relations, “No man is an island” should be taken to mean that no ethnic group can remain in isolation, it has to interact with the other ethnic groups within the country, and it has to interact in a way that brings about some sense of unity among all the ethnic groups. The major responsibility for bringing about this sense of unity rests with the majority community. But up to now the Sinhalese power elite has shown no understanding of the need for some sense of unity in this island. Instead, it has shown a compulsive drive towards hierarchy and division.

I don’t think the power elite understands the external dimension either – that No island is an island. From the late ‘forties onwards, our Tamils constructed a special relationship with Tamil Nadu and made a brilliant success of it, so much so that Tamil Nadu became an external but integral part of Sri Lanka’s Tamil ethnic problem. However, the response to the 1983 holocaust came immediately from Tamil Nadu and the Delhi Government while the response from the rest of the world was tardy. By contrast, over the Alutgama horrors of 2014, there were immediate responses from the Organization of Islamic Countries, the UN, the EU, and even the Dalai Lama made a statement. The SL Muslims did not create an external dimension to their ethnic problem. It was already there – irrespective of whether our Muslims wanted it or not – and it came into operation immediately after the Alutgama horrors. It is even truer today than it was in 1983 that “No island is an island”.

However, our Muslims should be extremely wary about turning to that external dimension. It seems to me commonsensical to assume that those behind the anti-Muslim project will want to find fault with the Muslims in every way imaginable so as to find seemingly rational justifications for their project. I have just seen a report that the Thawheed Jamaath has called for intervention by Muslim countries to safeguard the SL Muslims, a call that has greatly upset our security establishment. That upset is quite understandable because the present situation most certainly does not warrant any drastic action by Muslim or other countries. I have not seen the TJ statement, but if indeed it is provocative, I will have to raise a question. Some time ago the TJ leader made some preposterous denigratory remarks about Buddhism – entirely atypical of Muslim views – which led to a furor. My question is this: Is the TJ, an insignificant group, being used, without its members being aware of it, as an agent provocateur by those behind the anti-Muslim project? This should be looked into by Muslim politicians, the Muslim Council, and the Shoora Council.

I have earlier argued the case for turning to the external dimension. Sri Lanka has no national parties except in name, all of them being ethnic parties, and the major opposition party is also a racist Party dedicated to asserting Sinhala supremacy. The civil society is certainly dynamic compared to what it was in 1983, but it is not yet effective enough to make the State give fair and equal treatment to the minorities. In this situation, with possible genocide looming over them, can the Muslims be blamed if they look abroad for their salvation? Since I argued that case, there has been a development that provides the answer to my question. Practically every Sri Lankan across the length and breadth of this island believes – with a rare virtual near-unanimity – that had Khuram Shaik been a Sri Lankan his murderer and those who gang-raped his girl friend would never have been brought to book, since some of the politically powerful are above the law in Sri Lanka. Had his Sri Lankan brother turned abroad for help would anyone have blamed him? The Muslims have been facing a Government-backed hate campaign for two years, a campaign in which behind the bull-like bellowing there has been clearly audible a baying for blood. The Muslims cannot be blamed if they avail of every resource to save themselves, including a turning to the international community.

What is important is that the Muslims should not resort to precipitate and intemperate action, such as calling for foreign intervention. They should only resort to action that can be seen as justifiable by unprejudiced non-Muslims. What is required just now is a Muslim counter-thrust to the ongoing Government campaign to incriminate the Muslims over what happened in Aluthgama. It is being made out that it was a Muslim assault on a Buddhist monk that started it all – an allegation that until recently was made only by Buddhist extremists. Recently the National Shoora Council put out its version of what really happened, bringing out horrifying details that have never appeared in print before.

There is not the slightest hope that the Government will allow an impartial enquiry to establish the truth about the alleged assault on that monk. In this situation the Muslims have no alternative to turning to the international community, among whom the National Shoora Council’s findings should be widely disseminated.

The Muslims should make their struggle to be allowed to live in peace and dignity part of a national struggle to restore the rule of law and a fully functioning democracy. This is possible because the civil society is now active, which means that the Muslims can make common cause with the other ethnic groups. I have in mind particularly a recent communication of the BASL to the Attorney General – (Island of July 22). It points out that there is sufficient prima facie evidence to prosecute the BBS General Secretary under the PTA, the ICCPR Act, and the Penal Code, and adds that no meaningful steps had been taken in that connection. It refers to the Police claim that violence in the Kalutara district had arisen from a clash between the Sinhalese and the Muslims, and states “We, in the BASL have visited most of the affected areas and met a large number of people. The Police reports of a clash are absolutely misleading. In almost all cases it was a case of mobs attacking, looting and setting fire to Muslim businesses and houses. Over 95% of the damage had been caused to Muslims and Muslim owned properties, while a few Sinhala houses and shops had also come under attack. The attacks on the Muslim community had come mostly from unidentified persons who seemed to have brought from outside and not the surrounding villages. We have also gathered first-hand eye witness accounts that the attacks took place in a number of instances in the presence of the Police and the STF, who took no action in certain instances to either tear gas, disperse or arrest any one of the attackers on the night of June 15. In a few instances they had facilitated the attacks that had taken place after the curfew had been imposed”. I have provided this substantial quotation to show that the Muslims should now see themselves as engaged in a national struggle to promote the rule of law and a fully functioning democracy.