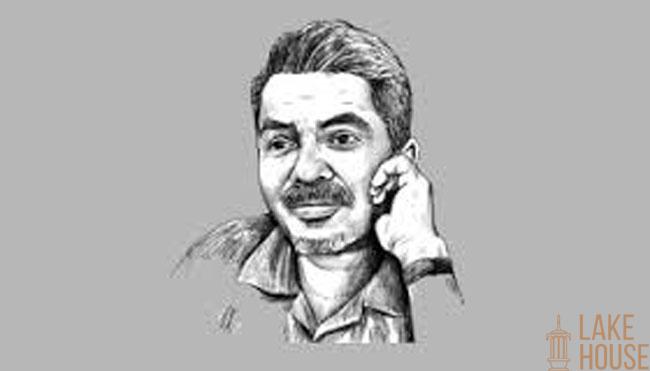 Granting bail to murderers  by court is serious ‘Sirisenalization’ of judiciary.!

In a dramatic turn of events most that shocked the entire country, the prime suspect in the murder of Lanka e news journalist Prageeth Ekneliyagoda was granted bail and released even ignoring the Attorney General’s objections .This unprecedented  court action is viewed  by  legal luminaries and the legal circle as an outrageous  erosion of the judicial independence via the illicit ‘Sirisenalization’ of courts which is more portentous  than criminal ‘terrorization’ of courts.

The first and third suspects  who were in remand custody for 14 months over the abduction and subsequent murder of Ekneliyagoda were each enlarged on cash bail of Rs. 1.5 million plus  two surety bails in a sum of Rs. 3 million each . This order was delivered by the Avissawella High court judge Amal Thilakaratne on the 24 th.

These two suspects were  directly responsible for the abduction of Ekneliyagoda at Rajagiriya , and for detention of the victim illegally at the Girithale camp .There is clear and cogent evidence in support of these criminalities.

Shammi at that time was the commanding officer of the Girithale camp  and both these suspects were trained in the use of weapons.

It is specially worthy of note the AG objected to bail being granted to these criminals because there was ample , clear and cogent evidence to testify to their direct involvements  in the abduction and illegal detention of Ekneliyagoda , and since   these suspects were trained in the use of arms  , they could without  doubt  prove deadly – intimidate and exert pressures on the witnesses. The AG in fact had furnished a detailed clear  report in this connection to the court on that day.

It is the opinion of the rudely shocked legal luminaries and the legal circles that even during the lawless nefarious decade when the courts too were unlawfully trampled by MaRa, never  did any court grant bail to a suspect overriding the directives of AG.

Judge Amal Thilakrathne on the other hand who postponed the case in the morning at 10.00 until evening on the 24 th finally delivered an illegal order granting  bail to the suspects at  about 4.00 p.m. ( Lanka e news is in receipt of reports which provide particulars of those who phoned Amal in the interim to grant bail)

It is well to recall , the president in his ‘cyanide speech’ and his subsequent interview with a newspaper  spoke with great sorrow over bail not being  granted to these suspects.

It is significant to note , during the Rajapakse era  when DIG Vaas Gunawardena who held a very much higher post in the police than these suspects in the army ,and his son were remanded in a similar case of abduction and murder of an individual , until the case was concluded and sentence delivered , bail was not granted to them !

The reason cited  was , Vaas had training in the use of weapons , and there was a possiblity for Vaas to intimidate the witnesses. Hence, the legal luminaries and legal circle say  ,unlike in the Ekneliyagoda case, even though Mahinda Rajapakse  vigorously and  viciously interfered with the courts, he did not  worry over or inquire  why Vaas was not granted bail , or  grieve over it .

In the circumstances ,the legal luminaries and the legal circles are harboring fears  that , since Shammi after his release has gone back to the camp and resumed duties as commanding officer, he could be a sure source of threat and danger to the subordinate officers who are witnesses in the case. This release of the suspect on bail is therefore a preliminary maneuver towards suppression of the Ekneliyagoda murder  , the legal luminaries pointed out.

The granting of bail to the murderers of Ekneliyagoda on  the day following the newspaper interview of the president and closely on the heels of his odious  ‘cyanide’ speech are an index that the courts are fast being ‘Sirisenalized’ the legal luminaries pinpointed with grave concern.

Four other suspects who were in remand in this case were released on 19 th September , while the bail applications of the 4 th and 5 th suspects are to be examined on 8 th November.

Meanwhile , Ms.Sandya Ekneliyagoda convening a media briefing recently to refresh the memory of  the amnesia afflicted   president about how he exploited the photographs of theirs to capture power  , blamed the president for forgetting to mete out justice to them –the  victims of the brutal ruthless murder. She spoke thus :

‘The president said , these officers are being detained for 18 months without cases being filed, whereas I am crying for justice for the last 81 months.  Might I emphasize during the past two years I have never asked for any privileges from the president . All what I am requesting is justice and justice alone, not miscarriage of justice