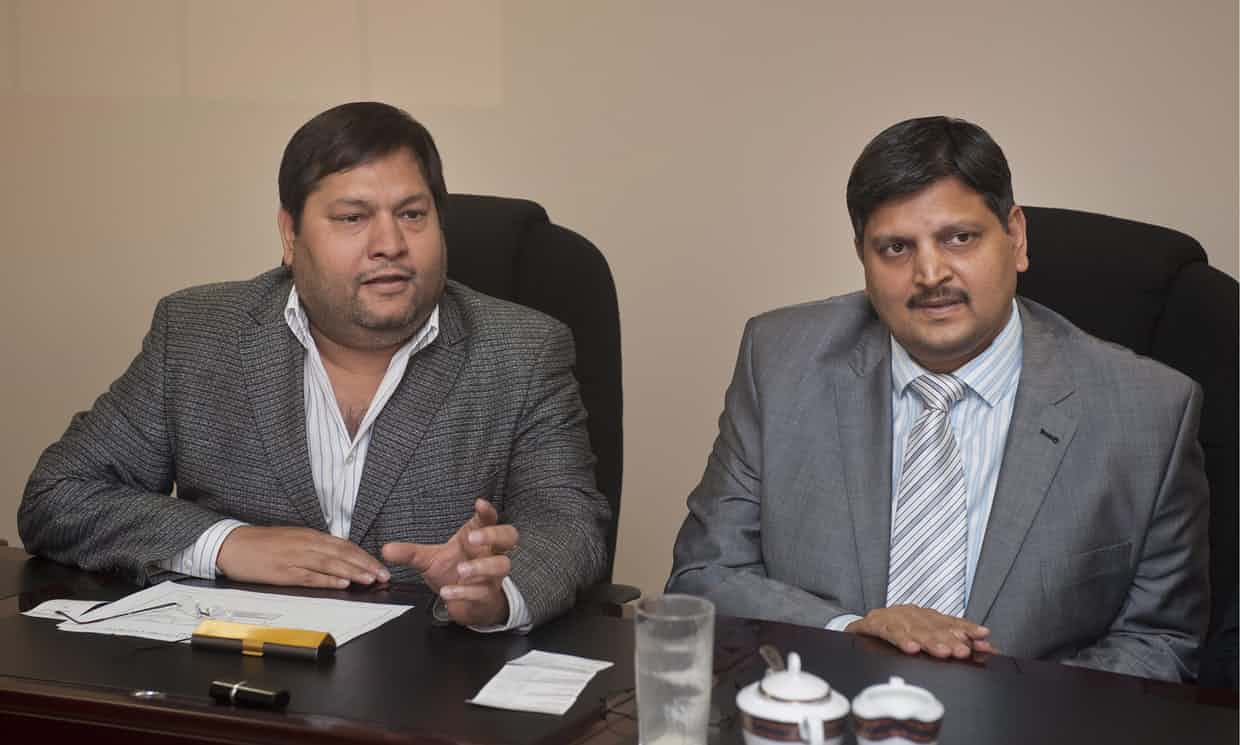 Opposition politicians and campaigners in South Africa are pushing for harsher punishment of the British public relations agency Bell Pottinger for running a campaign to deliberately stoke racial tensions in the country.

Bell Pottinger was expelled on Monday from the UK’s Public Relations and Communications Association (PRCA), which decided the campaign it ran for the Guptas – a family of Indian-born tycoons who are close to president Jacob Zuma – “was by any reasonable standard of judgment likely to inflame racial discord in South Africa”.

The 75-year-old is expected to try to remain in power as president of the country until 2019, when general elections are due, despite hundreds of graft charges and widespread criticism of his management of one of Africa’s most important economies.

South Africa’s main opposition party, the Democratic Alliance (DA), had complained to the PRCA about the campaign, which portrayed opponents of President Zuma as agents of “white monopoly capital” and coined slogans referring to “economic apartheid”.

The aim was to deflect attention from the corruption allegations levelled at the Guptas. Such slogans gained traction in a country where the white minority still wields disproportionate economic power, two decades after the end of apartheid, and were widely relayed on social media and by some activists and politicians.

Bell Pottinger was also accused of orchestrating the creation of fake Twitter accounts to target prominent white businesspeople in South Africa to draw attention away from the Gupta family.“This ruling is by no means an indication that Bell Pottinger is off the hook just yet,” Phumzile van Damme, DA spokeswoman, said on Tuesday. “Bell Pottinger must take responsibility for their actions and disclose all information regarding their Oakbay Capital account and reinvest all monies from their Oakbay account back into South Africa.”

Sam Mkokeli, a journalist and chair of the media freedom committee at the South African National Editors Forum, said the ruling was “a victory for the campaigning by the South African media against the proliferation of fake news and social media bullying of journalists”, but said long-term damage had been done.

“The ban on Bell Pottinger does not mean what they have created in South Africa is over. The evil tactics they have introduced will be used as South Africa heads to national elections in 2019.”

Political analyst Justice Malala tweeted: “The action against #BellPottinger in UK underlines SA’s lack of consequence. Their paymasters, #Guptas and #Zuma, are free & laughing in SA.”

Zuma only narrowly survived a recent vote of confidence in parliament. On Tuesday, South Africa’s constitutional court heard lawyers for opposition parties argue that the president should be removed from office for lying to parliament.

The allegations of improper relations with the Guptas have been fuelled by a leak of thousands of emails sent by the family and their employees.

These appear to substantiate at least some of the charges against Zuma made by South Africa’s official anti-graft ombudsman last year, which centred on the accusation that the Guptas exercised improper influence to win government contracts, influenced ministerial appointments and benefited from perks only usually accorded to high-level dignitaries.

The president’s son, Duduzane Zuma, a 35-year-old businessman with a playboy reputation, is alleged to be the key contact between his father and the Gupta family. The emails suggest the Guptas allegedly contributed to the cost of Duduzane’s foreign holidays, his 2015 wedding and helped him to buy property.

Both Zuma senior and junior, and the Guptas have denied any wrongdoing.

The expulsion of Bell Pottinger came into effect on Tuesday for a minimum of five years, after which the firm can reapply – the harshest sanction possible.

In a statement, the agency, founded almost 30 years ago by Margaret Thatcher’s favourite spin doctor Lord Bell, said it accepted there were lessons to be learned, but disputed “the basis on which the ruling was made”.

No stranger to controversy, Bell Pottinger’s clients include Syrian first lady Asma al-Assad and the Pinochet Foundation, which promotes the legacy of the former Chilean dictator.

Francis Ingham, the director general of the PRCA, described Bell Pottinger’s work for the Guptas as a “completely reprehensible piece of work”.

Bell Pottinger resigned the Oakbay account in April, saying at the time that it was the victim of a smear campaign involving “totally false and damaging accusations”.

In July, the firm’s chief executive, James Henderson, issued an “unequivocal and absolute” apology to anyone affected, fired the lead partner involved in the campaign and suspended another partner and two other employees. On Monday, Henderson resigned.

Andrew Silke, a South African commentator, said the company’s actions had distracted from the “forces of division … at home”.

“It’s always pleasurable to blame a ‘colonial’ company for fuelling the fire – not to mention seeing them face almost ruination … But what about those fomenting racial division back at home? What about the racially charged politics that has come to characterise the clashes within South Africa between her respective political parties, leaders and contenders for power?”  Silke wrote on the Biznews.com website.