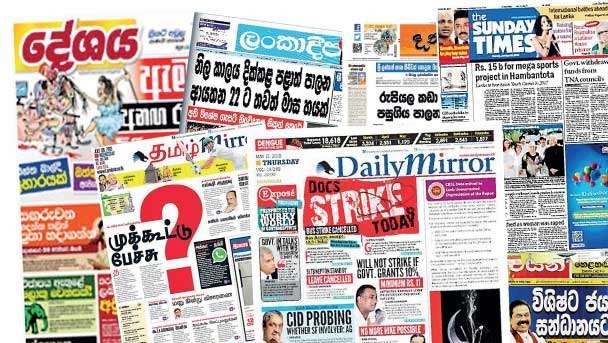 On 21 September 2019, in accordance with the Constitution, the Election Commission issued media guidelines to ensure a free and fair presidential election.3 These guidelines were issued under article 104B(5)(a) which was introduced through the 17th amendment to the Constitution.4

The guidelines encompass a wide range of responsibilities and duties that the media has with respect to maintaining neutrality and impartiality during an election time period. These obligations are applicable to all media regardless of (1) ownership, i.e. state-owned or privately-owned, and (2) the type of media, i.e. the guidelines are applicable to telecasting, broadcasting, print and social media. For instance, the guidelines require every telecasting, broadcasting and print media to be neutral and impartial in their reporting of
matters relating to an election, and not act in a manner that discriminates against any contesting political party, independent group, or candidate. The guidelines also stipulate that no special benefit should be given to any political party, independent group or candidate when allocating airtime on radio or television and allotting space in the newspapers.5

In addition to the above, the guidelines enumerate specific duties and responsibilities for the presenters, and announcers of television and radio channels.6 It also mandates written disclosure of involvement in political activities by the chairperson, board members, directors and journalists of any electronic or print media institution, where their known political affiliations may cause a conflict of interest in maintaining neutrality and impartiality.7 Furthermore, proprietors of media institutions, and administrators and users of social media are held responsible for adhering to the guidelines.8

Read the full report as a PDF :Powers_of_the_Election_Commission_to_Regulate_Privately_Owned_Media