Post war situation: In the minds of Tamil people, a fear psychosis is being built – PLOTE leader 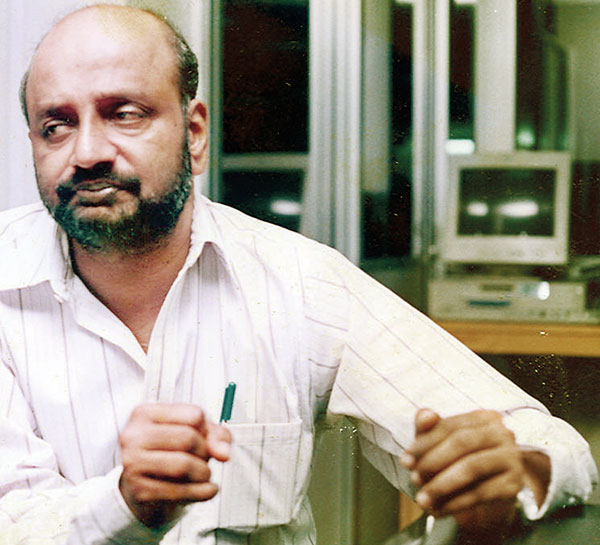 Mistrust and misunderstanding between Sinhalese and Tamils must end

Dharmalingam Siththarthan, the Leader of the People’s Liberation Organisation of Tamil Eelam (PLOTE), a former militant who embraced democratic politics consequent to the signing of the Indo-Lanka Accord told the Daily Mirror that the Provincial Council system introduced under the Accord should not be weakened despite it being inadequate in addressing the aspirations of Tamil people. During the war PLOTE was an organisation that was opposed to the LTTE. After the end of the war, the PLOTE, however, teamed up with the Tamil National Alliance (TNA).
By Kelum Bandara and Yohan Perera

Q:Yours is a political party that was opposed to the Liberation Tigers of Tamil Eelam(LTTE). But, how do you see the political developments after the elimination of the LTTE?
Well, rather than being opposed to the LTTE, the LTTE were opposed to us. After 1987 Indo-Lanka Accord, we believed that a solution could be found within a united Sri Lanka. We realised that India would never allow a separate state in Sri Lanka. We thought an armed struggle for a separate state was a self-destructive exercise. That is the reason that compelled us to opt for a solution within a united Sri Lanka.   Yet, the LTTE never gave up its separatist agenda. Any party or individual opposing the LTTE ideology was seen as their enemies.  We had no choice. We had to defend ourselves.  In that process the only attacks were from the LTTE.
During Thimpu talks, we advocated the Swiss canton system as an alternative to Sri Lanka’s problem. At that time the government of Sri Lanka did not care for it. 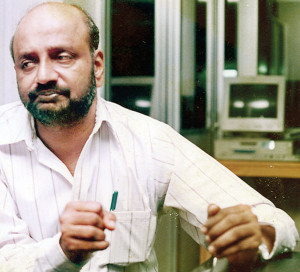 Q:Are you elated about the elimination of the LTTE?
Rather than being happy, when the war was over, a large number of Tamils saw a sea of relief. We were told by the successive governments that the LTTE was the stumbling block for the resolution to the national question. They said they could give a reasonable solution once the LTTE was no longer a factor. People really believed that they could live with equity and dignity.  Unfortunately, though the war was over, nothing is happening. In the minds of Tamil people, a fear psychosis is being built. They feel that there is no light at the end of the tunnel. They feel uncomfortable now. I know there is a lot of development work being done. Roads have been reconstructed.  I do not say this can compensate the destruction caused.  There is a need for housing. There are a large number of woman-headed families. They live below the poverty line.  Their suffering has to be alleviated. People should be empowered to stand on their own feet.  The political process and development process should be parallel.

” I was given a copy of the draft document. We asked whether we could make some changes. They said no. They stressed that it was the final document.   In drafting it, we did not have any say “

Unfortunately, the government thinks development alone would satisfy people, especially the Tamil people. We started this struggle for our political rights, not for development rights. On the political front, we are actually going backwards.  The only solution presently available in the Constitution was the 13thAmendment. Even that is being diluted gradually.  We got the 13th Amendment after a great deal of sacrifices. That is also now being taken away. It is very serious.  Now, they are planning to remove the barriers being faced by the Centre in legislating on subjects devolved to   the provinces.
Also, the 13th Amendment is a result of the agreement between two countries – Sri Lanka and India. Therefore, it can create problems in the international arena as well.

Q:Now, you have joined the Tamil National Alliance (TNA). Can you achieve your target by joining the TNA?
We joined the TNA because a large number of Tamils wanted us to do so. They wanted us to join the TNA and fight for our political rights. They wanted us to remain united.    Also, certain actions by the government also drove us in that direction.  Land grabbing and the excessive presence of the military in the north and their interference in civilians’   activities were some of those actions. Even for a school, function military participation is to be sought.

Q:If the present situation remains, would it strengthen the separatist ideology and lead to the resurgence of Tamil militancy?
Definitely, in my opinion, an armed struggle will not take place in the near future. There is no doubt or illusion about it.   People have suffered enough at the hands of militancy. They have suffered losses to both lives and property. Against such a backdrop, I do not see preparations for an armed rebellion. If there is a reasonable political solution, they would not be in any struggle. Maybe, there would be struggles against the rising cost of living or electricity tariff hikes. It is happening in the south.

Q:Still, some sections of the Tamil society believe in a separate state?
Some persons may have such individual opinions. Why do they think like that?  It is because of the attitudes by the successive governments. In my view, if the Sinhala Only Act was not introduced, this problem would have never arisen. The late Prime Minister S.W.R. D. Bandaranaike did away with the Bandaranaike-Chelvanayagam Pact.  For political expediency, they did these things.  When the United National Party (UNP) tried to resolve the problem the Sri Lanka Freedom Party (SLFP) opposed them.  Likewise, the SLFP attempts to resolve the problem were opposed by the UNP.  There were armed groups fighting for a separate state.  Except for the LTTE, all the others joined the democratic stream later. But, nothing has been done to address the Tamil national question. In 1976, the Tamil United Liberation Front (TULF), in its Vadukkodai resolution, asked for a separate state. Yet, in 1980, the party was ready to accept the   District Development Councils as an alternative.  Since 1987, nothing has been done.

Q:Some political parties in the south believe the Constitution of the Northern Provincial Council will be used as the basis for secession. How do you respond to that?
It is a misconception. When we started our armed struggle for a separate state, we did not have the Provincial Council system in place.  Whether there is a Provincial Council or not, it would not change our attitude. Only the attitude of the government and the way they treat us could change this. If they could convince us that we could live together with equal rights and dignity, no Tamil would demand a separate state. Now the political climate for a separate state no longer exists.  There may be some persons raising voices in isolation here and there. Some expatriate Tamils may try to make a political issue out of it. The successive governments are only responsible for the advent of the Tamil militancy. Every peaceful agitation for rights was suppressed by the armed might of successive governments. Innocent young girls and boys   were killed and thrown on the street. Then only did they resort to armed struggle as the means to counter oppression by the governments.

Q:The 13th Amendment was a hastily prepared piece of document. Isn’t it flawed as a result?
That is true. Not only the 13th Amendment but the Indo-Lanka accord was also like that. Had our leader been alive, he would have stated it. This does not meet the aspirations of the Tamil people. Yet, we accepted it. We thought we could slowly build on it further.  We have to alleviate the mistrust and misunderstanding between the Sinhalese and Tamils. Then, the problem can be solved.  Ordinary persons in both the communities have better relations. Buddhism and Hinduism have similarities. There were a lot of Tamil Buddhists. Tamils visit Buddhist temples and Sinhalese Hindu temples.

Q:What are the loopholes you have identified in the 13th Amendment?
In a sense, it was introduced under the unitary Constitution. Under the unitary Constitution, they can take away subjects allocated to the Provinces. They have done so. The Divineguma Act is one such example.  The Centre interfering with the Provinces is the main problem.  Also, the concurrent list should be done away with.

Q:You belonged to a military group that joined the democratic stream after the 1987 Indo-Lanka Accord. What is your personal experience on the introduction of it at that time?
We had the North-East Provincial Council in operation only for one year-from 1988 to 1989. Then, we had the Eastern Provincial Councils in operation.

Q:You had an interaction with Indian leaders?
On the eve of signing the agreement on July 29, 1987, I, representing PLOTE, went to India on July 26. Before the late Indian Prime Minister Rajiv Gandhi left for Sri Lanka to sign the agreement, we were called in and the document was shown to us. The LTTE was shown it separately.  They kept us separate from the LTTE. The TULF was also shown it separately. I was given a copy of the draft document. We asked whether we could make some changes. They said no. They stressed that it was the final document.   In drafting it, we did not have any say.  We were told what was going to be there to a certain extent. They consulted the TULF leaders on the draft. Whatever was told to them had not been included in the final draft signed here. I was told about it by the late TULF leader Amirthalingam.  Consequent to the Indo-Lanka Accord, the North-Eastern    Provincial Council was conducted.  We, the PLOTE, opted out over such differences.

” Unfortunately, though the war was over, nothing is happening. In the minds of Tamil people, a fear psychosis is being built. They feel that there is no light at the end of the tunnel. They feel uncomfortable now “

Q:What was the reason for your leader Mr. Uma Maheswaran to break ranks with the LTTE along with you?
More than anything else   , it was a personality problem.  Prabakharan was never ready to listen to anyone. He wanted to be the person with the highest. But, Uma Maheswaran was the chairman of the organization at that time.  The personality issue led to a split. I sided with my leader at that time, and Anton Balasingham with Prabhakaran.  There were also some other reasons that led to it.

Q:When did your organization PLOTE hand over weapons after joining the democratic stream?
We did it twice- one in Batticaloa after signing the Indo-Lanka Accord. Then, we did it in 2002 after the then government United National Party (UNP) signed a peace deal with the LTTE.

Q:Also, there are talks about infighting in the TNA. How do you see it?
There is a long standing demand for the registration of the TNA as a registered political party. It has not been done until now. Four parties of the TNA were demanding it for a long time. But, nothing is being done . That is the problem between Ilankai Tamil ArachuKachchi (ITAK) and the other parties within the TNA. The ITAK want to be the commanding party of the TNA. That is the case.