Post-war Discourse Must be Sensitive to Emotional Impact on Survivors, says Friday Forum 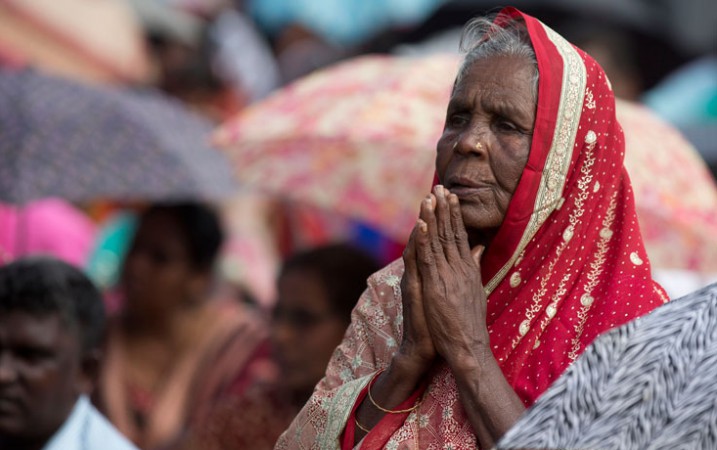 Sri Lanka has recently embarked on the difficult process of coming to terms with three decades of a deeply divisive war that has affected hundreds of thousands of lives. Processes are being established by the Sri Lankan state to establish truth, accountability, justice and reparations in relation to its armed conflict(s) and prevent recurrence. Inevitably, such initiatives involve facing up to the terrible suffering caused by the actions of the main parties to the conflict. These processes bring to the surface overwhelming emotions of hurt and loss, as well as deep anger and enmity in each of the communities that have been scarred by violence. Even at the very start of the public discussion of mechanisms for transitional justice and reconciliation, it is evident that these are already evoking strong feelings of hope and fear about their outcomes and integrity. Given the complexities of Sri Lanka’s conflict, the process to unravel and account for past atrocities will undoubtedly be fraught with many challenges.

Even as politicians, media and people’s representatives debate and argue about the modalities of transitional justice mechanisms, or make pronouncements about the facts of the conflict, they must remember that their public statements and publications will have an immediate impact on the emotional status of individuals and families that have suffered directly. Public figures and media personnel must be sensitive in how they convey or represent views that are related to issues such as the fate of missing persons, atrocities committed or judgements about culpability.

It is equally unhelpful to families of the missing to assert that their loved ones are dead as it is to suggest that they are all alive in secret detention camps. Learning and coming to terms with the truth about the fate of each missing person will require a process that is credible, systematic and also sensitive to the psychologically complex circumstances of these families. Whilst it is important to assert and document the truth about acts of violence carried out in the course of war, salacious reporting of torture can be distressing to those who have experienced it first hand or who fear that this was the fate of a missing family member.

Despite atrocities carried out by all parties to the conflict, the demonisation or dehumanisation of a particular group obscures the reality that these were not homogeneous or monolithic entities – and that individual members were not always responsible or equally implicated in the violations committed by their fellow combatants, and indeed were even motivated by what they and their families believed were noble sentiments or ideals. Even as those who have caused suffering to others must be called to account for this, it is important to acknowledge that they too are members of families and communities that may find it difficult to view them other than as heroes and martyrs. Again, coming to terms with the complex truths and questions of accountability for the deaths, violence and destruction will require both formal and informal processes of inquiry and learning, rather than assertions that presume to establish this in advance.

With the increased public discussion of issues related to post-war accountability and truth in Sri Lanka that is likely to take place in the coming weeks and months, there is a great likelihood that statements and reportage will evoke charged emotions and potentially trigger further distress in affected people across Sri Lanka. We therefore urge that the following considerations be applied in contributions to the public discourse, to limit unintended harm or distress that may be caused:

Do not make speculative pronouncements on the fate of victims without presenting concrete evidence. Especially for families of the missing, such statements can either cruelly crush their hopes or revive great expectations, without a solid basis.

Confirmed information about the fate of particular individuals or groups of victims should be informed to their family members before being announced through media.

Recognise that reporting on a specific case with confirmed information may still affect other victims and families in similar circumstances who lack information about the status of their own cases.

Exercise restraint in the description or depiction of acts of violence, or where this is unavoidable, include a warning at the outset that details may trigger distress in people with similar experiences.

Do not use distressing images or upsetting details of specific victims experiences without permission from them or next of kin. Where it is not possible to obtain permission, take measures to anonymise or reduce exposure of details that may cause emotional distress or social stigma to victims and their families.

Avoid dehumanising and stigmatising all the members of combatant groups in statements and reportage, even as individuals and leaders are held responsible for their actions and decisions.

Members of the Public

Before sharing potentially upsetting images or accounts about atrocities or suffering on social media, consider whether your post may be viewed by anyone (ie. victim, combatant or their family members) for whom this might bring up distressing past memories or overwhelming feelings. People are often not prepared for what the materials they may encounter in their social media feeds, which may be shared by their own contacts or from networks far beyond these. If sharing potentially sensitive content, do include a warning that this may trigger distress in people with similar experiences.

*Transitional justice refers to the set of judicial and non-judicial measures that have been implemented by different countries in order to redress the legacies of massive human rights abuses. These measures include criminal prosecutions, truth commissions, reparations programs, and various kinds of institutional reforms. Transitional justice is not a ‘special’ kind of justice, but an approach to achieving justice in times of transition from conflict and/or state repression. By trying to achieve accountability and redressing victims, transitional justice provides recognition of the rights of victims, promotes civic trust and strengthens the democratic rule of law. (International Centre for Transitional Justice)

For and on behalf of: