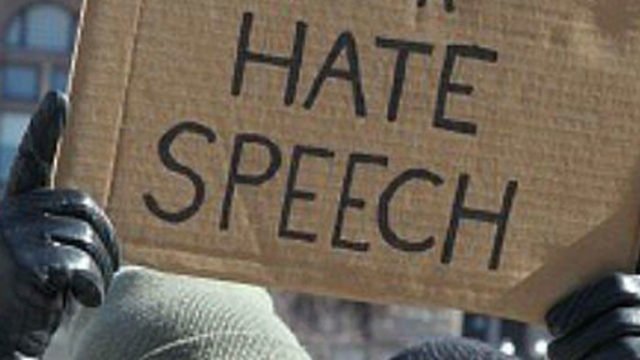 Any Sri Lankan social media user would have noted the rise in post election hate speech since the results of the Presidential Election was announced. The post election hate speech mainly revolved on two groups of voters; the voters of the Negombo electorate and the voters in the electorates of the North and the East. In these electorates, the majority voted in favour of the New Democratic Front (NDF) candidate, Sajith Premadasa.

Since many social media users erroneously believe that Katuwapitiya is a part of the Negombo electorate, the residents of Katuwapitiya became the latest target for the online social media hate posts. Due to St. Sebastian’s Church, Katuwapitya being one of the places that the Easter Sunday carnage took place at, many expected the residents of Negombo would vote in favour of Presidential candidate Gotabaya Rajapaksa. When the results showed that Negombo polled 53.03% in favour of Sajith Premadasa and 38.23% in favour of Gotabaya Rajapaksa, social media users were quick to spread hatred in terms of posts and comments. Some of the posts and comments that were seen on social media had messages such as “The residents of Negombo should be bombed again”, “Hereafter even if missiles hit Negombo, we won’t sympathize with them”, “Shame on you Negombo. Voted for the bombers who killed your people”, “Good that the bombers bombed Negombo, if not the ones who died also would have voted for Sajith”. These messages were not only degrading the people of Negombo, but were also an insult to those who had been killed.

Premadasa won by a comfortable margin over Rajapaksa in the North and the East. This caused an outrage on social media as many started comparing the electoral map to the LTTE Eelam map. These hate mongers went as far as to say that those voters were terrorists. Some users even requested President Rajapaksa to not carry out any development or welfare projects in those areas. Some posts stated that the military should be sent back to those areas to torture the residents. Some posts endorsed ethnic cleansing, severe racism and incited hate and violence. 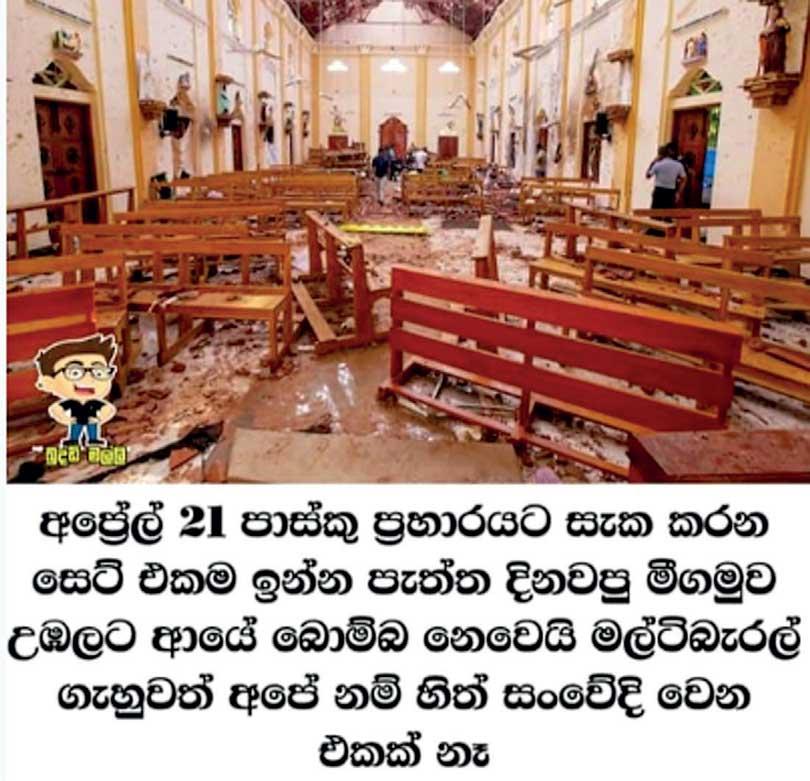 You voted for the side with the culprits of the Easter Sunday Attacks. Now we don’t care even if you were attacked by not only bombs but even missiles.

Whilst there were supporters who shared this hate content, there were many who were appalled and opposed the hate content on social media. There were also few users who engaged in the monitoring process, trying to minimise and remove the shared hate content. One of them is Kumudini David, a child rights advocate and vocalist. She was one of the people Facebook reached out to after the Easter Sunday attacks, to help them minimise hate speech on Facebook. In this backdrop, she decided to step up and minimise and report the post election hate content.

Stating that she did not expect the post election hate speech, she inferred that the cause behind the hate speech could be that the clear demarcation in the preference in the North and the East reminded the Sri Lankans of the bid for the Eelam and that the people felt that the Negombo people were traitors.

When asked about the monitoring process, David said, “I’ve received over 300 links sent by many people horrified by the amount of hate they saw. I’ve sent those links to the Facebook Reporting Team and they’ve removed the ones that violate their Community Standards.” She also added that if one sees a hate speech on Facebook, to report it immediately.
“To prevent hate speech in future elections, the parties need to take what occurred to account and campaign responsibly. All parties must make every effort to maintain the peace in our small island,” she stated. 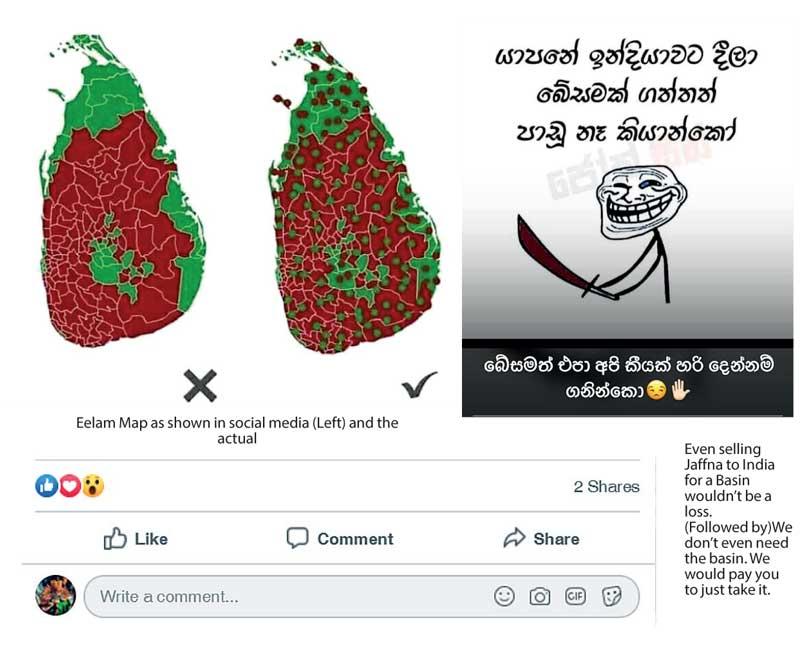 Speaking to Daily Mirror, the Deputy Chief Observer, Dimitra Ioannou and Press Officer, Paul Anderson, of the European Union Election Observation Mission (EU EOM), who arrived in the country to monitor the recently concluded Presidential Elections, stated that the EU EOM continues to follow the posts on social media as a part of its continuing monitoring process.

“In our preliminary statement we view the overall environment in social media during the campaign period, where, for example, we note the negative effect of ‘divisive rhetoric, hate speech and disinformation in traditional and social media as marring a peaceful campaign.’ Hate speech anywhere, inside and outside of elections, is to be condemned,” they said.

Stating that the EU EOM had noted that Facebook hadn’t taken appropriate measures to ensure adherence to campaign silence rules, the EU EOM will submit a final report, which will contain recommendations to improve the electoral process; including in the
sphere of social media. “This is our third observation mission where we have deployed a dedicated social media analyst leading a team of locally recruited analysts,” they revealed.

Commenting on how to prevent such a situation from occurring in the future, Anderson stated that the EU EOM will be hosting a series of round table discussions with key national stakeholders to discuss the best methodology to approach the issue.

Commenting on the issue of hate content on social media, National Coordinator of the Centre for Monitoring Election Violence (CMEV) Manjula Gajanayake stated that during the 2015 Presidential Elections, social media impacted in a positive manner, but during the 2019 Presidential Elections, it had impacted negatively. He also noted that there was an increased spike in hate speech. He also revealed that Rs. 7.5 billion has been allocated to the Elections Commission (EC) to manage election dispute and suggested that the EC should have a separate unit to inquire into and manage complaints regarding election related social media hate speech.
“Facebook could have managed the pre-election hate speech better, but I’d like to mention that due to the combined efforts of CMEV and People’s Action for Free and Fair Elections (PAFFREL), during the cooling period, we managed to remove 50% of the hate speech and public political advertisements,” he noted. He also added that the AdLibrary option, which is usually activated during election time by Facebook, was not activated for Sri Lanka. He also noted that compared to Facebook, Twitter had an effective response to remove and minimise hate speech on its platform.

He stated that the CMEV met DIG Ajith Rohana, Sri Lanka Police and the EC to discuss the issue of election related social media hate speech. “The police stated that under Presidential Elections Act No 15 of 1981, there aren’t any provisions regarding social media. They stated that the act has to be amended to include social media,” Gajanayake disclosed.

When asked about the possible reasons for the hate speech on social media, Gajanayake stated that the public is misinformed by biased media and fake information isn’t being filtered properly. “If legal action is taken against those who disseminate fake information and propagate hate speech then, these issues would be minimised,” he opined.