Port city project: People’s opinion do not seem to matter to “Yahapalanaya” leadership 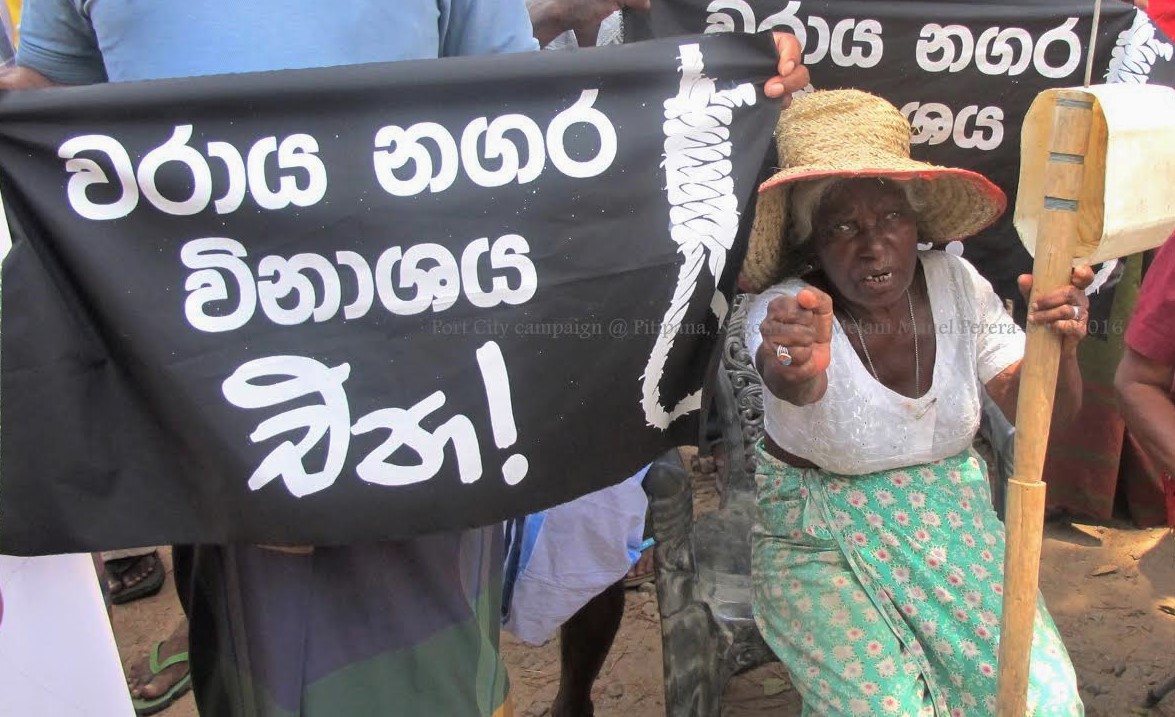 Government sources inform that construction work on the Colombo Port City (CPC) now baptized by our Prime Minister Ranil Wickramasinghe as the International Financial City (IFC) will resume in October.  Distressed local Fisherman now inform   that the destructive sand mining by the Chinese have already begun

This project was publicly opposed by the incumbent President and Prime Minister while they were in opposition. The reason given by then leader of opposition and now the  Prime  Minister during his  election campaign for halting this  was that the coast from Kalpitiya up to Hikkaduwa will be washed away into the sea. Although the decision to resume work has been taken, the measures taken to prevent such destruction to the coast has not been identified.

Citizens of our country have identified a number of environmental hazards, in addition to the destruction caused by sand mining that necessitates the halting of this project.  The government has been informed of these facts.

The It now appears that  people’s opinion do not seem to matter to the the “Yahapalanaya” leadershial Impact Assessment Report itself forecast that the livelihoods for fishermen will be lost for 3  years due to sand mining. Strangely, the report has not guaranteed when the marine environment will be back to normal enabling the fisherman to resume their livelihoods their only source of income. . 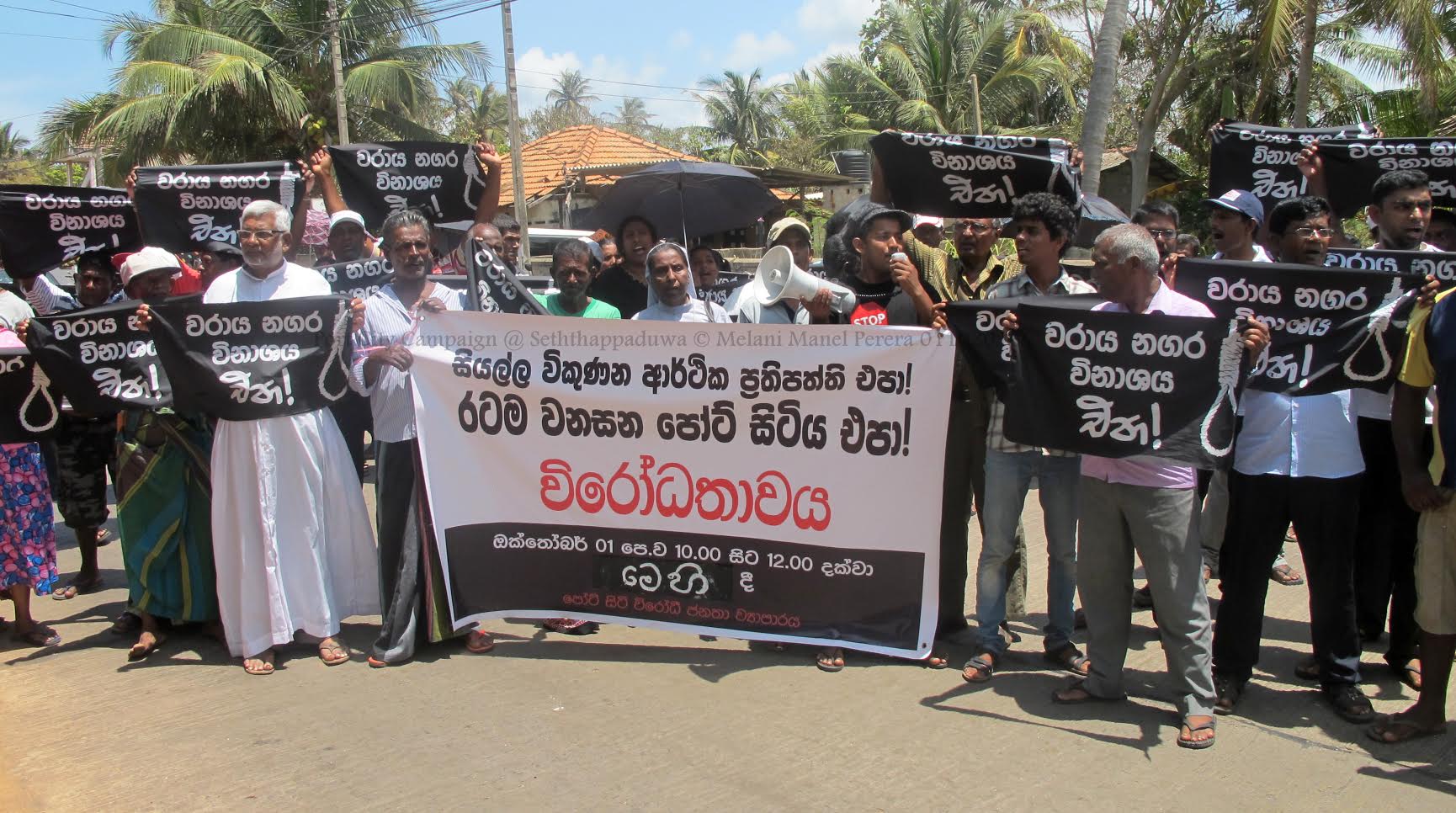 The destruction of the corals and the reefs which are the fish breeding and feeding grounds  will be disturbed due to sand mining and dumping. It may take a long period of time perhaps 30 years or more to recover or the coral reefs may not even recover due to the effects of climate change.

Fisherman are greatly alarmed by the massive volume of sand mining 60 million cubic meters taking place near a thin reef between sea and their lagoon. Environmentalists state that this natural reef which protects our land from storms and lashing waves is now weakened due to Chinese sand mining activities. If these destructive activities continue, fisherman fear that the reef Thalahena Peruwa may collapse resulting in the sea entering the lagoon causing a massive environmental and human tragedy in Kepungoda as people will have to flee for their lives, as the sea inundates the land.

This projects damages not only the marine and the human environment in the coastal area but also the interior of the country due to rock mining. The granite requirement to reclaim the sea area of 269 hectares, is 3.45 millions cubic meters. No adequate study has been done about the impact of granite mining.

These matters have been raised by independent experts. Unfortunately, our political leadership is not wise enough to listen to them. People have protested on number of occasions since the inception of this Project during the previous regime. In Dec 2014 and in March 2015 over 300 petitions were handed  to the coast conservation department, on the 6th of Jan to the secretaries of the President and Prime Minister on the 6th of April 2016 a protest was held at the Galle Face Green.

It now appears that  people’s opinion do not seem to matter to the the “Yahapalanaya” leadership. The government seems so arrogant that it is ready carry out  policies which the environmentalists warn presenting evidence, of possible disasters to people and the environment.

Another matter of great importance is the secrecy that is maintained by both former President and the incumbent Prime Minister about the agreements signed between the Sri Lanka and China.

The above environmentally detrimental activities are destroying Sri Lanka’s centuries old Coastal Fishing Trade the only livelihood of our coastal fisher-folk.  Therefore a protest was held by these fisherman, who brave the seas each day to provide us with fresh fish, in 8 fishing villages from Kammalthota to Uswetakeiyawa. In some villages the fishermen did not go to Sea for fishing as a mark of protest. This very successful protest was organized by the People’s Movement against the Port City. It was held at village level from 10.00am – 12.00pm. Several members of the clergy and number of Civil Society members actively participated in this event.