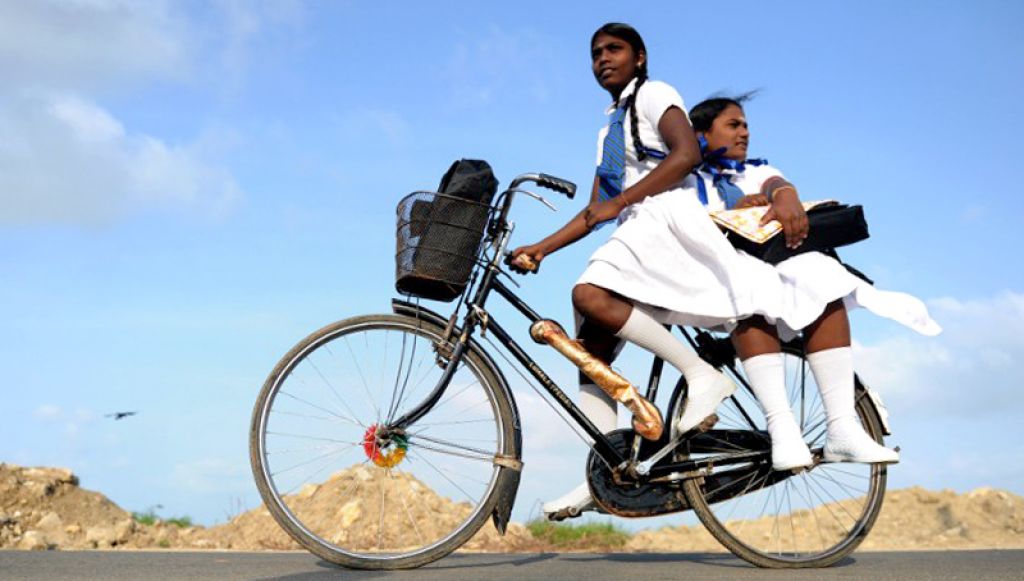 Sri Lanka is not the only country that has seen a gradual decline in the quality of education over time; but this is one of the few such places which pride that deterioration as ‘progress’. Half-baked and insular scholarship that was produced over the decades actually tend to believe in this fallacy. The political class, majority of whose success was down to the bastardization of the overall polity, seems to consider it as something that would guarantee the continuation of a favoured status-quo.

What hides the magnitude of the real problem is the reliance on tradition indicators such as adult literacy rate, percentage of children of school age who attend primary and secondary school etc.

Those numbers are important to gauge the bare minimum of a nation’s performance, and nothing more than that. Any aspiring nation has undertaken to send its kids to school. Adult literacy has increased worldwide from 55% in 1950 to over 86% by 2016. ( Even there, Sri Lanka is not one that had done heavy lifting. At the independence, our literacy rate was 70%, well ahead of the world average, now it is around 90%)

Modern measures that gauge the standard of education and its relative performance vis a vis other countries are far more nuanced. There is also no compulsion that a country should excel in them, or produce data. After all, successful states are built from within. That also allows many others to ignore these areas. They will never know the extent of the rot in their midst, until it is too late. Sri Lanka is one such country.

That is because Lankan students have never taken international comparative exams such as Program for International Student Assessments known in its acronym as PISA.

No one knows the standard of Sri Lanka’s secondary education vis a vis its competitors of the emerging economies. That is because Sri Lankan students have never taken international comparative exams such as Program for International Student Assessments known in its acronym as PISA.

But, a cursory glance of the quality of the workforce, and the nature of labour export, which is largely semi-skilled or unskilled, suggest that a good deal of the system is rotten.

The absence of global supply chains, though may be due to general tardiness of regulations and infrastructure, is also partly due to the failure of the education system to produce a responsive workforce.

See the contrast in countries such as Vietnam, which has just a half of Sri Lanka’s per capita. Vietnamese 14 years-old out-perform their peers in developed Germany in Mathematics and Science. Why that country is a future Asian Tiger, a probable Taiwan in the making, is partly down to its education system.

Our tertiary and university education do not fair any better. Our relative position is vindicated in the absence of any Sri Lankan university in the top 500 world universities, and endless supply of vernacular graduates in social science, humanities and management, most of whom lack employable skills.

Our general apathy towards things which we could have excelled at, but, have since screwed up, is partly due to the fact that much of our earlier achievements were not of our own making. They were products of the administrative prowess of the colonial British. Subsequent native leaders neither had cold realism , nor the pragmatism of the British. They are also poor administrators. They supplemented their weakness by catering to populism of a restless, and clueless populace. Unforeseen outcome of this dynamic interaction led the former colonies no where. Baring a few, they all got stuck in the middle of economic, political and democratic transition (Whereas the United States contributed to build sustainable liberal democracies ranging from South Korea, Taiwan to Chile, by propping up pro-growth authoritarian regimes, and campaigning for their gradual liberal democratic transition).

Education (and economy) were the immediate victims of the buffoonery and opportunism of the native leaders. The gradual deterioration of education also had predictable outcomes. One such was it crowned the nincompoops as masters of universal knowledge.

The inward looking and revisionist local intelligentsia created by that education oversaw the second phase of a much rapid decline.

The magnitude of this overall erosion is seen not just in education, but also in the perception and common sense; at one point Sri Lankans were at a loss in distinguishing loud mouth charlatan from the real talent. Since, a good deal of those genuinely bright minds, the islands of excellence in a larger swamp, had left the country for the greener pastures, or not been as expressive in vernacular as one should, it was those loud mouth charlatans who stole the show.

Now they are dictating the destiny of this nation. Last week, one such, Bandula Gunawardena protested against allowing the students of the international schools to sit GCE Advanced Level exam with their peers of the government schools. That was after one bright student from an international school topped the island ranking in the Arts stream. That she studied her subjects in English, the closest, one would have to a universal language, would likely to make her a better equipped intellectual than an aberration that her detractor was. Yet Sri Lankans are fond of swaggering fools and mistake their idiocy for wisdom.

Genuine intelligentsia should expose these politicians. And the government should confront them before they hijack the discourse on these pivotal issues. Lee Kuan Yew or Paul Kagame would have put them in jail. Education is too scared to be exploited for political gain.

However, the incorrigibility of the government policy on education makes things worse. Last week, Buddha Sasana Minister Gamini Jayawickrama Perera told a media briefing that he would present a Cabinet paper to ban tuition classes on Sunday, so that students could attend Daham Pasal. The demand for the prohibition of tuition classes on Sunday had been made by sections of Buddhism clergy and Cardinal Malcom Ranjith. Children of this country are not expendable forces to appease the insecurities of the Ministry of Buddha Sasana, whose portfolio is just a name board. Countries drenched in religious conservatism, such as Ireland now has an openly gay prime minister. Myanmar has blown an historical opportunity, thanks to Buddhist monks’ instigated pogrom of Rohinya Muslims. Clergy in the developing world should take a clue from their rich world cousin and withdrew from public space.

The intelligentsia should expose these politicians.  The Govt. should confront them before they hijack the discourse on these pivotal issues.

The folly of banning of Sunday tuition is that it would deepen the divide in access to education between the rich and poor kids. Those who could afford would pay the private tutors for home visits, while the children of the poor would be herded to the Daham Pasala. At the end, the corporate recruiters would not check the knowledge of Tripitakaya and Bible. They generally go for those who are bright in Science and Maths, and can speak passable English.

Native political elites began to squander the education in this country, even before the British left the shore. That began with C.W.W. Kannangara’s proposal for a compulsory vernacular education in primary school, which, J.R. Jayawardene later took to a disastrous end, by proposing to expand to the secondary education.

That Sri Lankan leaders could not spare education from their machinations of political opportunism is at the heart of the country’s post- independent downfall.

Politicians like Bandula Gunawardena are products and symptom of that overall decline of the quality and sanity.

Above image courtesy of the Asian Development Bank.