Politicians in power have arrogated to themselves “the right to do wrong with impunity”! – Friday Forum 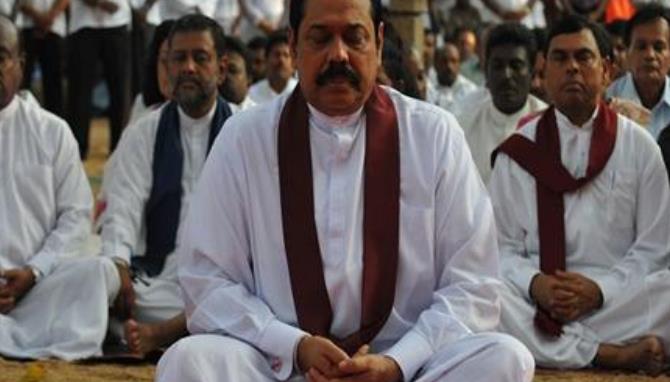 The Law and Order Crisis

Few would deny that the law and order situation in our country is in crisis. Remedial measures are urgently needed.

The welcome Seventeenth Amendment to the 1978 constitution was adopted unanimously by Members of Parliament present. It brought forth a set of changes to restrain the President of the Republic from exercising discretionary powers entrusted to him in the Constitution arbitrarily. The Eighteenth Amendment did not receive unanimous support in Parliament unlike the Seventeenth Amendment, and restored the powers of the President to exercise his discretionary powers arbitrarily and in an authoritarian manner. It further removed the restriction limiting the periods of office to two, thus permitting him to seek election as many times as he wished. The implications of this are all the more serious when considered in conjunction with the provision in the Constitution that a President, while holding that office, cannot be subject to any judicial proceedings for any act of commission or omission whether in his official or in his personal capacity.

When the key positions in all the important institutions in the country are left to the unchallengeable choice of a single political party leader, it is patently impossible for Parliament and the judiciary to exert any meaningful check on the inevitable excesses (to be expected) of the Executive. The corrosive effects of the Eighteenth Amendment on the judiciary and the law enforcement authorities are plainly evident, just as they were predicted by concerned citizens well before it was passed.

The many incidents of the police and army being passive spectators in the face of criminal violence are shameful. They speak negatively of the hierarchical chain of command. On the one hand, the public have turned against the police in increasing instances, a manifestation of the desperation they have been thrown into. On the other, the inconsistency and the clearly apparent timidity in the exercise of judicial authority make the public fear the law rather than respect it.

The seemingly unending recurrence of police inaction or criminality is a pitiful slur on the dignity of a vital public service. Their gyrations to accommodate political expediency are a major contributor to this pathetic state of affairs. There are retirees from earlier times whose sane and experienced counsel on curative measures could easily be marshalled if the will were there to do so.

Inaction in the face of ongoing unruliness or its imminence, the killing of persons in custody with routine and implausible tales, attempts at concealing or delaying investigations, the persecution of upright officers, failure to recover unauthorized firearms including those issued generously to politicos and henchmen by more than one dispensation, and a host of other serious misdemeanours have seriously and rightly dented public confidence in the police. The rather obvious lack of commitment to help solve even such high-profile public crimes such as the killings of Lakshman Kadirgamar, Lasantha Wickramatunge, the Mutur aid workers, the Trincomalee students, dozens of journalists and others, rudely disheartens citizens. The real position in these cases is hidden in a fog of half-truths and outright misinformation.

Another question is why the reported detection a few months ago of the massive haul of no less than 260 kilograms of heroin, many thousands of times more than some of the “retail” seizures, has apparently not merited any serious follow-up.

The improper restraints under which members of the police force have to act in trying to carry out their lawful duties is grossly unfair by the competent and decent among them, who we believe, would probably be in the majority in the absence of such restraints.

Criminality among politicians engenders a natural aversion among the public. Politicians in power are seen to have arrogated to themselves “the right to do wrong with impunity”! They fail to perceive that the very indiscipline encouraged by them may one day turn out to be a double-edged sword.

Public institutions are so corrupt that a flood of palpably illegal orders percolate down to the lowliest constable or soldier on the street with magical speed and efficiency. This warrants major public concern. It must also mean that the long chain of command makes many along it culpable. There are legal protections for those brave and ethical enough to defy illegal orders but it requires an independent judiciary to secure these.

It is commonly believed that when rulers are tyrants by actions, the oppressed become rebels by necessity. One dreads the day that great numbers may decide to take the law into their own hands. Tragically, we have not learned the proper responses to either communal tensions or the successive revolts of the past against state authority both in the North and the South, so as to prevent escalation and avoid their recurrence. The activities of the Bodu Bala Sena, Sihala Ravaya and other such movements may well lead to similar situations. The government must act swiftly and firmly to avert another 1958, 1971, 1977, 1983 or 1988/9.

on behalf of the Friday Forum