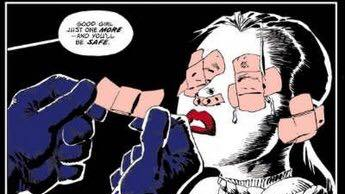 FMM wishes to point out that the State’s intervention as regards the recent criticism leveled against many cultural plays and dramas has been done without any knowledge of their contents nor an evaluation. FMM calls upon the relevant parties to refrain from such criticism.

There seems to be political meddling as regards the novel, “Budunge Rasthiaduwa”, the stage play, “Mama Kelin Minihek”, as well as Malaka Dewapriya’s radio teledramas.

Although “Mama Kelin Minihek” had been passed by the Censor Board, subsequent political meddling to ban such works has had a severe impact on the artists concerned.

Also, it is believed, censorship takes place due to pressures exerted by extremist religious groups.

FMM is of the view that artists should not be influenced by such religious beliefs and extremist religious leaders, and there should be no political meddling in the artists’ freedom of expression.

It is the State’s primary responsibility to ensure that there is religious freedom in a democratic society. However it is regrettable that the State has not acted in a manner to safeguard such freedom.

Meanwhile, the Minister of Higher Education and Cultural Affairs, Wijayadasa Rajapakshe has ordered the IGP to file charges and take action against the author and publisher of the novel “Buduge Rasthiyaduwa” under sections 290, 290A, 291A and 291B of the Penal Code.

If a country is of the view that its artists should be disciplined by subjecting them to such criminal charges, it is indeed something most regrettable. We believe such issues should be solved with a more moderate mediation.