Political justice is not enough to rebuild Sri Lanka 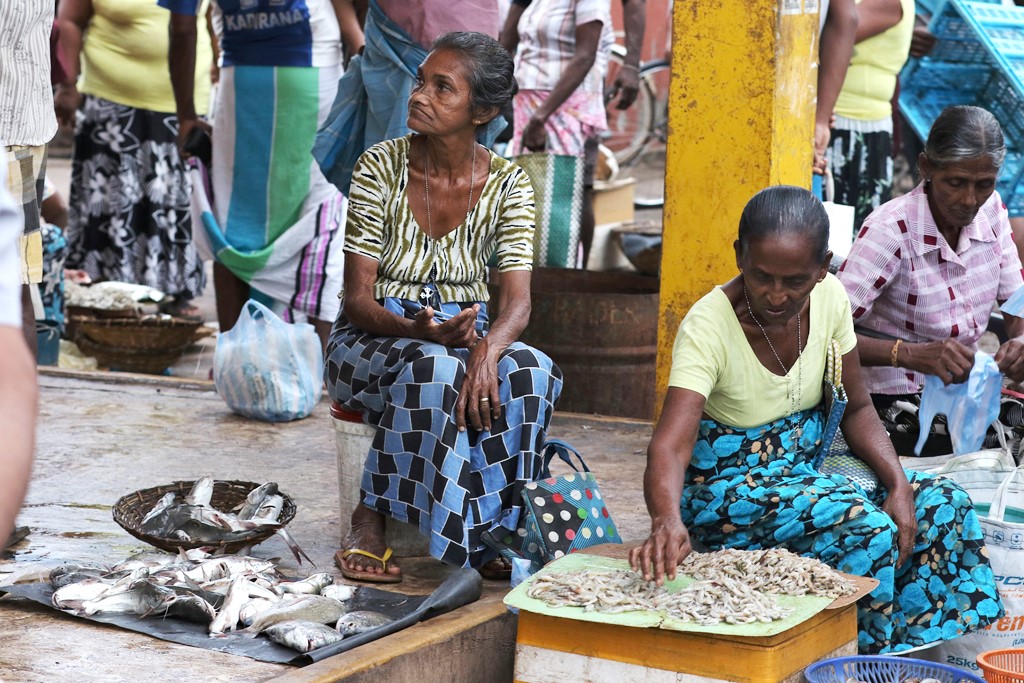 For Sri Lanka, gender equity will be fundamental to a stable, peaceful and equitable future

The civil war that raged for 26 years in Sri Lanka was always about more than political grievances. The politics were rooted in economic and social disenfranchisement of the Tamil minority by the Sinhala majority. A government policy adopted in the mid-1950s that declared Sinhala to be the country’s only official language may have been the spark that started the fire, but the impact over decades was a systemic marginalization in all sectors of politics and the economy that fueled Tamil grievances and a quest for a separate state.

With the end of the war in 2009, many commentators pointed out that the war was over but the conflict was not. While this has become a cliché, the reality is no less true, seven years on. Rebuilding Sri Lanka’s economy, especially in the war-torn Northern and Eastern provinces, is paramount for the country not only to thrive politically but also economically. The language policy, long since rescinded, institutionalized both economic and political discrimination.

A healthy, more equitable economy is key to any society emerging from a war as bitter as Sri Lanka experienced, and is crucial to mitigating future conflict. A critical element to address discord is equal treatment under the law. Yet there is rising concern that, across a broad range of issues, this equality has yet to be realized. Women in any society are intrinsic to a vibrant economy and important stakeholders in post-conflict transitions. For Sri Lanka, gender equity will be fundamental to a stable, peaceful and equitable future.

A recent study by the Solidarity Center titled, “Workers in Post-Civil War Jaffna: A Snapshot of Working Conditions, Opportunities and Inequalities in Northern Sri Lanka,” points out the challenge not only to providing opportunities to grow the economy but also to promoting the basic labor rights that are essential to a well-functioning industrial relations atmosphere and a sense of equitable development.

For instance, here are some telling findings: In Jaffna, 81 percent of workers across a range of professions have no written contract spelling out their working conditions, much less have an opportunity to engage in collective bargaining. Even more workers, 85 percent, were not aware there was a legally stipulated minimum wage, which in Jaffna is now 10,000 Sri Lanka rupees, or only about $69 a month.

Not surprisingly, widespread wage discrimination is disadvantaging women in the region. Survey results demonstrate that the region’s female workforce experiences gender-specific consequences born of poor working conditions, weak enforcement of legal provisions and non-conformity with international labor standards. Nisha Thellipalai, a volunteer at the Center for Human Rights and Development, a Sri Lankan nongovernmental organization, recounted one survey interviewee’s report that she “responded to a job advertisement which exclusively solicited female respondents. The tasks in the advertisement were not for traditionally gendered work, but the employer replied matter-of-factly that they would only hire women because women don’t have to be paid as much as men.”

The survey also found that 81 percent of workers work more than five days a week, in violation of national law, and the majority of people working extra hours were women.

Sri Lanka is one of the rare developing countries in the region that has had in place, by law, a pension and social safety net for workers. These two funds are called the Employee Provident Fund (EPF) and the Employee Trust Fund (ETF), and employers are statutorily obligated to contribute to both. The study in Jaffna revealed that for more than two-thirds of workers, their employers are simply not paying into the funds.

This set of conditions in Jaffna, and by extension the Northern Province, creates an incredibly precarious situation for workers who are hoping to earn a livelihood that can sustain them and support their future. It also points to the distinction between enforcement and equal treatment under the law for the north and other parts of the country. While implementation of the labor code is problematic countrywide, unions outside of the north and east have a tradition of challenging employers and the government in court to ensure the law is fairly applied and provides some measure of remedy. But despite having island-wide unions in the public sector—for the postal service, telecommunications and health sectors—workers in the north and east still seem to lose. Union activists point to unequal distribution of funding for the public sector, effectively disadvantaging government services for the population.

The remedies are not difficult to identify, as outlined by the report.

First, trade unions, NGOs and international development partners can play a pivotal role in sensitizing the government and business community to their obligations under national and international labor standards, while also raising awareness among workers about their rights. Second, support for unions to conduct worker outreach, which had been severely curtailed during the war, will improve the effectiveness of dialogue among workers, employers and government.

Third, the Sri Lankan government should fully adopt and promulgate the International Labor Organization’s (ILO) Decent Work Agenda to promote inclusive growth, poverty alleviation, shared prosperity and basic minimum standards of living. The Decent Work agenda is obligatory for ILO member countries such as Sri Lanka. And that is no accident: The ILO was founded, following World War I, “to pursue a vision based on the premise that universal, lasting peace can be established only if it is based on social justice.” The agenda is all the more important because its elements are fundamental to lasting peace and stability in the country.

Finally, given the wage and hour disparities between male and female workers, trade unions, NGOs, and international partners should pay particular attention to raising rights awareness among women workers and support targeted outreach to women who can become leaders in gender equality and non-discrimination against all workers.

“After the survey I learned a lot that I did not know before,” said Sritharan Easwari, president of the Northern Women Society, who helped conduct the survey. “We all hear about injustice and exploitation at the workplace, but it is deeper than that. Myself and other women believe that these women’s issues in the workplace can be tackled effectively by forming a union. These problems can be solved if we work together.”

* Any views expressed in this article are those of the author and not of Thomson Reuters Foundation.