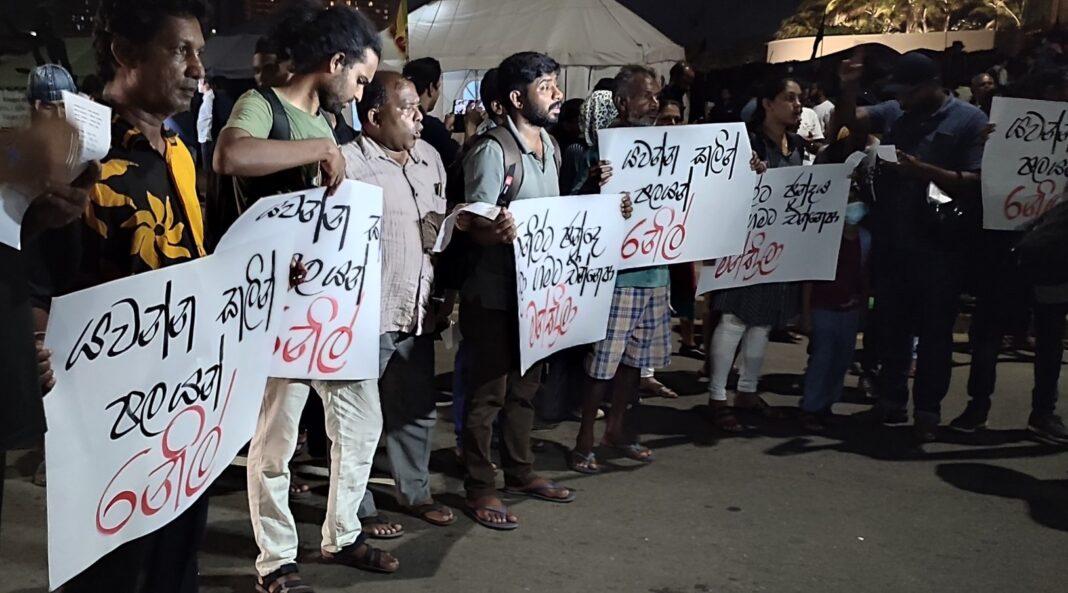 Bypassing the Constitution can lead to a slippery slope which will worsen the political crisis Sri Lanka is facing, warned Bar Association of Sri Lanka (BASL) President Saliya Peiris PC.

According to Peiris, a new government can be voted into office as soon as by the end of the week. However, it needs to move quickly to bridge the trust deficit between the public and the State, with better transparency and a leadership that is acceptable to a majority of citizens.

In an interview with The Sunday Morning on Thursday (14), the BASL President stated that constitutionalism and principles of democracy should not be circumvented in the pursuit of a new government, as it could lead to a dictatorship or anarchy. He stressed the need for transparency, speed, and acting in the interest of the public in the formulation of a new government.

What are your views on the developments since 9 July? In particular, the law and order situation in the country today?

In my view, there should be a smooth transition after 9 July. As of today, 14 July, we are still waiting for the President’s letter of resignation. The situation has to be understood in that context. Certainly, it is the BASL’s view that there must be respect for the Constitution and the rule of law. And there must be constitutionalism and principles of democracy. Whatever happens, we must act according to those principles.

What are your thoughts on the delay in the President submitting his letter of resignation?

I think it would have been more prudent if these matters had been resolved quickly rather than being delayed and causing uncertainty. The uncertainty of the situation can also lead to chaos.

Many opinions have been expressed about the appointment of Prime Minister Ranil Wickremesinghe as the Acting President of Sri Lanka in the absence of President Gotabaya Rajapaksa. Are there any legal concerns regarding the appointment?

The Constitution under Article 37(1) states that the President can appoint the Prime Minister or the Speaker while he or she is overseas. This appointment has been made under those provisions.

The ‘Aragalaya’ movement seems to be heading in a different direction this week. Some of its leaders have begun accusing each other of the movement’s direction. How do you view this change?

I suppose in any movement there are different views and expressions, so in that context – especially in a movement so organic – diverse views can be expressed.

The Central Bank of Sri Lanka (CBSL) Governor has warned that the current political and public unrest may contribute to the delay of the International Monetary Fund (IMF) assistance programme and debt sustainability, prolonging the effects of the crisis on the people. How can Sri Lanka find a solution to political stability and maintain public order quickly?

The BASL is of the view that there should be a national government formed, with those holding office being acceptable to the wider community of Sri Lanka. That is one way of establishing stability.

How did you view the occupation of State facilities by the protestors? What of the increasing nature of violence used in the protests?

The BASL has stated that State facilities should not be occupied. We have made it clear that the protest must be peaceful. Any violent protest will result in anarchy and that is not acceptable.

Do you think there is genuine political will to find a solution for the complex issue of political stability?

I think political will is very important to bring political stability. The BASL has been making this point for months. Political parties need to realise the gravity of the situation and the crisis and act like statesmen.

What do you think can be done to restore or improve the trust deficit between the public, policymakers, and the State?

Firstly, the public needs to have confidence in whoever is elected to office. Then we need to have a sense of ‘our country’. The people’s confidence in State institutions needs to be strengthened. For that, we need to show the public that the people in government are working in their best interest. I feel that addressing the issue of corruption is very important and needs to be done diligently.

I think people need to see that the politicians who work for them empathise with them and understand their hardships. There is a need for greater transparency and accountability of elected and appointed State officials.

Given the political climate today (14), what may the Parliamentary process look like in the coming weeks?

Upon receiving the President’s letter of resignation, Parliament needs to meet within a week. After that, a date for nominations for the post of president needs to be decided and then the election from the Parliament be held. If more than two candidates are nominated, there can be a secret ballot. If the President’s letter is received today (14), these processes can be conducted by the end of next week.

Some elements of the Aragalaya movement have called for the Constitution to be ignored and the Parliament to be bypassed. Do you think such sentiments will lead to greater turmoil?

What are the temporary solutions that can be explored to ensure the quick formulation of a government acceptable to a majority of the public?

I think the parliamentarians must come together and arrive at a decision, which is critical to address the crisis. They need to come to an agreement within the constitutional process. If there is more than one candidate for the post of president, there can be a secret ballot.

Is there an urgency to hold a General Election?

Yes, I think it is necessary to have a General Election within the shortest possible time period. We need an election so that the people can decide and their mandate be made clear.

If the protestors do not accept an interim solution presented by the Parliament, what could happen next?

What should the legal fraternity and professionals do as this crisis unfolds?

I think the legal fraternity as well as other professionals have to act responsibly, to ensure that the rule of law and public institutions are protected and upheld. They also need to help the government that comes into power to make the necessary changes to meet the aspirations of the people. Be it on improving good governance, or the supply of basic essentials, the fiscal policy – there are difficult decisions which have to be taken and they can help. There is a need for transparency, and the professionals need to help the country to make those changes

By Asiri Fernando/ (The Morning)