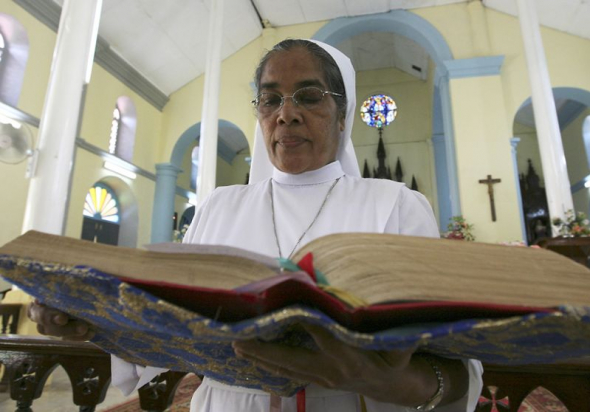 Police and local officials in Sri Lanka are not only turning a blind eye on the persecution of Christians by Buddhist radicals but even encouraging attacks on churches as well, according to a report recently filed by an evangelical group.

In its report, the National Evangelical Alliance of Sri Lanka (NEASL) said the police and local official in the predominantly Buddhist South Asian island nation are evidently condoning attacks by radical Buddhist monks on churches and pastors, according to the Morning Star News.

It cited an instance when police refused to register a case against a mob led by Buddhist monks who attacked the pastor of Kings Revival Church and three other church members on March 26 after a Sunday worship service in Ingiriya, Kalutara District.

The police even summoned the pastor to the police station and threatened to file a case against him for “breaching the peace,” the report said.

When the pastor returned home, he found that a mob had pelted his house with stones, causing damage to property.

Earlier in January, Christians in a small community in northwestern Sri Lanka vowed they would not seek revenge against a group of radical Buddhists who destroyed their local church, CP reported.

They said they would continue to worship and pray — even if only under a tree.

“We have not cursed them, and shall not attack them in retaliation. Judgment belongs only to God. We do our part: prayers shall continue under a tree,” said Kamal Wasantha, a local farmer who is a member of the Christian community.

On the day of the attack, Wasantha said they begged the attackers not to damage their church. The Buddhist radicals, however, just ignored their pleas and “came with wooden sticks, iron bars and knives and destroyed everything.”

The Voice of the Martyrs (VOM) Canada noted that the persecution of Christians in Sri Lanka has escalated in recent years with the rise of militant Buddhist nationalist groups in the country. More than 250 churches have been destroyed or damaged in sectarian violence, it said.

The group says there are only 1.9 million Christians in Sri Lanka, which has a population of 20.9 million people.

Although Sri Lanka is a secular state, its new Constitution underscores that Buddhism as the nation’s state religion, the Christian persecution watchdog says.