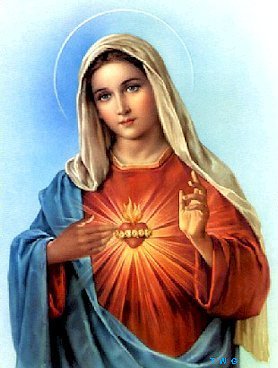 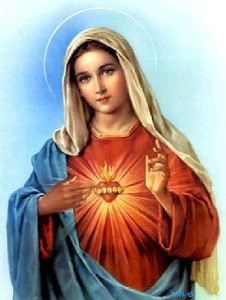 Was the Police directly or indirectly involved in the arson attack on “Mother Mary” statue that was erected by Catholics in Avissawela?
The suspicion of the Khakied guardians of Law and order being involved in the incident has been strengthened by the didgraceful conduct of the Avissawela Police after the arson attack.
A 13 feet high statue of the Virgin Mary made of fibre-glass was torched by “unknown”persons between 1.00 – 1.30 am during the night of January 27th 2013. The statue called generally as the “Mother Mary” statue had only been formally installed on January 26th 2013.

The statue was formally dedicated after a service of prayer on the evening of Saturday Jan 26th. Within hours the statue had been set ablaze and destroyed.

Instead of conducting inquiries with the objective of apprehending those responsible for the burning the Police have been systematically interrogating Catholic Parishioners and the Parish priest of the area and recording statements.

The questioning has generally been of an intimidatory nature rather than with the intention of eliciting pertinent information about who may have been behind the torching of the statue.

The Police have been harassing the Catholics with inquiries like who was behind the construction of the statue,how much it had actually cost, who had funded it, how it was transported to Avissawela etc instead of probing the incident and bring perpetrators to justice.

The harassment through hostile interrogation has been so intense that Archbishop of the Colombo Diocese His Eminence Cardinal Malcolm Ranjith has been constrained to write and complain directly to Inspector General of Police N.K.Illangakoon.

Cardinal Malcolm Ranjith has outlined the details of what had transpired in relation to the installation of the statue, the torching incident and what has been going on afterwards in his letter. The Cardinal has expressed his strong condemnation of the conduct of the Police towards the Catholics of Avissawela and urged the IGP to intervene directly and end Police harassment.

Perceptive observers of current developments however are doubtful whether any constructive action could be undertaken by IGP Illangakoon as the Police Personnel allegedly involved in this matter have the blessings of powers greater than the head of Police.

Ratnapura Deputy Inspector -General of Police range. Those officials in turn are allegedly linked to powerful elements in the upper echelons of the Defence and Urban Development Ministry.

It is strongly suspected that some Polcemen in civils along with a few criminal elements from Ratnapura town set fire to the Virgin Mary statue on January 27th.

The church is to celebrate its 150th anniversary in October this year. It was as part of the 150th anniversary celebrations that the unique fibre-glass statue of the Virgin Mary as “Mother Mary” was commissioned and installed.The land is about 70 feet away from the Kegalle-Avissawela road

The statue costing 650,000 rupees was constructed elsewhere and transported to Avissawela and installed in a dedication service on Jan 26th. Catholics as well as non -catholics of the area turned out in large numbers for the ceremony. Alas! the pious and Joyful atmosphere of the evening was shattered after the torching that occured after nightfall.

The cost of the entire project including land and statue costs and celebrations was estimated at Rupees 25 Lakhs. It was financed through donations from Catholic families in Avissawela and their relatives elsewhere in Sri Lanka and abroad.

There had been no objection from the non – Catholics of Avissawela to the installation of the statue.

The Buddhists of the area were not opposed to the statue. When Catholics queried whether there was any objection from Buddhists towards the project they had been assured that there was none. The Prelates from five Buddhist places of worship in Avissawela had in a joint letter welcomed the construction of the statue and expressed support for the project.

There is no significant presence of the notorious Bodu Bala Sena(BBS) or its satellite outfits in Avissawela. The Jathika Hela Urumaya(JHU) is active in the town but maintains a low key presence. In any case the JHU locals were supportive of the statue being erected.

It had however been the Police that had been hostile and opposed to the statue from the inception of the project.
The Sitawakapura Urban Council under which the land in question is governed had granted approval for the project proposal in 2011.The council had unanimously approved the proposal.

The Police however had tried to place many obstacles saying the erection of the statue would cause Buddhist-Catholic enmity and although the state of Buddhist-Christian relations in Avissawela have been cordial and peaceful.

The Police had gone to the extent of seeking a restraining order on the grounds that erection of the statue would cause religious enmity and breach of peace. The courts however rejected the Police claim as there had been no public unrest or protest to the project.

While the predominantly Buddhist general public was not opposed to the statue a small group of Businessmen in the area who were eying the land for constructing a building were irritated by the project. They had tried to scuttle it and one businessman had even abused the Catholic parish priest.

Some sections opine that these businessmen are in cahoots with the Police and could possibly have support in Defence upper echelons to sabotage the statue project.

Instead of conducting proper investigations the Police are simply harassing the collective victims namely the Catholics. Police officials have also issued contradictory and false statements saying suspects have been arrested.
The plain truth is that no suspect has been arrested.

The Conduct of the Police before the statue was installed and its subsequent conduct after the torching has reinforced suspicion of Police involvement in the arson attack.

The Avissawela Catholics are rather dejected after the Statue was torched within hours of its installation and also by the harassment of the Police.

Avissawela is 59 KM away from Colombo and is part of the Western Province though on the border of Sabaragamuwa Province. It was historically known as Sitawaka and the seat of the Sitawaka kingdom ruled by the legendary Mayadunne and his son King Rajasinghe the first. Both father and son fought fiercely against the Portugese who introduced Roman Catholicism to Sri Lanka. The Avissawela Urban council is now known as Sitawakapura Urban council.