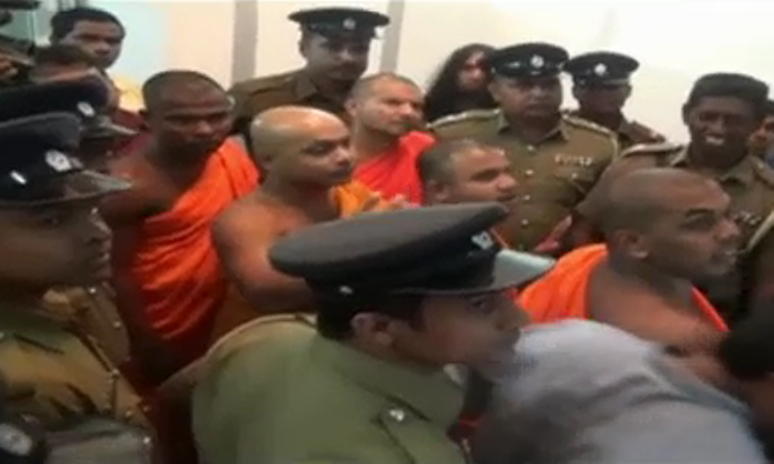 The Kollupitiya police today informed court that they were still conducting investigations to ascertain the BBS members who trespassed into the building of Ministry of Industry and Commerce on April 23 .

Ironically, police have failed to identify suspects even after a lapse of three months period.

On April 23, members of BBS stormed the Ministry building looking for UPFA Mahiyanganaya Pradeshiya Sabha member Ven. Watareka Vijitha Thera. A police complaint against the BBS was lodged at the Kollupitiya police by an Additional Secretary of the Ministry of Industry and Commerce.
[Original caption:Police Tells Court It Is Still Investigating BBS Members Who Stormed Rishad’s Ministry ]
Asian Mirror