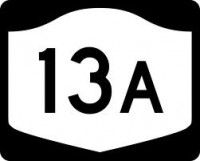 Former Chief Minister of the Eastern Provincial Council (EPC) and Presidential Adviser on Eastern Provincial Affairs, Sivanesathurai Chandrakanthan, alias Pillaiyan, said his Party, the Tamil Makkal Viduthalai Pulikal (TMVP), would even join hands with the Tamil National Alliance (TNA) to protect the 13th Amendment.
Chandrakanthan, speaking at a cultural event in Koralaippattu in Batticaloa, on Tuesday (26), said moves to dilute the 13th Amendment to the Constitution could not be allowed.

“At a meeting in Temple Trees recently, I told the President the 13th Amendment should not be removed, and instead, it should be strengthened further. Deputy Minister of Rehabilitation, Vinayagamoorthy Muralitharan, alias Karuna, and the SLPF Organizer for Batticaloa, Arun Thambimuttu, had also been present at the meeting. When I impressed upon Karuna, the importance of the 13th Amendment, he said he won’t be able to do anything, while Arun Thambimuttu said the 13th Amendment was not necessary,” he said.

Speaking further, Chandrakanthan said: “However, realizing the importance of the Amendment, my Party, the TMVP, is even prepared to join hands with the Tamil National Alliance and other southern political parties, which are in favour of the 13th Amendment. The Amendment was introduced 26 years ago to address the political aspirations of the Tamils. Through the 13th Amendment, the devolution of powers could be extended to the Northern and Eastern Provinces, whereas the removal of 13th Amendment will aggravate the situation in the North and East.”

He also added, the chauvinist forces in the South were determined to get rid of the 13th Amendment, and vowed the TMVP will not allow it to happen. “Deputy Minister Karuna and Minister Douglas Devananda remain silent without coming forward to protect the 13th Amendment. We consider them spineless politicians,” he said.
CT