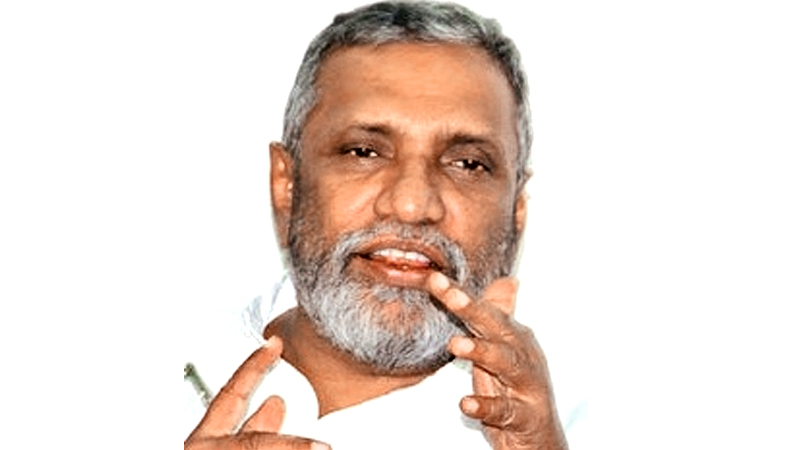 Image: It is difficult to disagree with Mr Deshapriya when he categorically dismisses as ‘wrong’, claims that ‘a majority of the Sinhalese’ were against the recent attacks on Muslims.

There is a cheery though dangerously complacent view articulated by senior Muslim politicians, (andechoed by others),that the recent communal violence in Ampara and Kandy was perpetrated through organised attacks by ‘outsiders’ on Muslim residents of those areas.

Only part of the truth
As is often the case, this explanation is only part of the truth. Certainly thugs masquerading as monks and racist organisations wrapping the banner of ‘Sinhala Buddhist militants’ around them, (surely an oxymoron if there ever was one) engaged in illegal hate speech and were responsible for bringing organized mobs to attack innocent people. The Government has assured that the ringleaders have been arrested but more needs to be seen than mere arrests.

The legal system must be allowed to work unhindered and at its fullest strength. Convictions must ensue for hate speech and for incitement to violence as well as the committal of violence on persons and property under existing laws that are more than sufficient for the purpose. As importantly, members of the police and the Special Task Force (STF) complicit in the violence either though acts of omission or commission need to be severely dealt with in terms of the criminal law. That needs to be yet seen.

But to return to the nature of debates around these unfortunate occurrences,it is wretchedly shortsighted to frame the matter as if ‘mobs from the outside’or a ‘law and order breakdown’ were the only factors in the equation.More is at issue than this simplistic summing up.Let us be clear on that fact at least.

A mistake to only blame ‘outsiders’
That said, Election Commissioner Mahinda Deshapriya’s somewhat flamboyant assessment made at a recent workshop promoting ethnic harmony, if reported correctly that, ‘most Sinhalese (were) happy about recent attacks’ (Daily Mirror, 20, 03, 2018), inclines to the other extreme. Liberties may have been taken with the translation and with the heading of that news story on what he may have held forth in his customary blunt style.

But what he has said needs to be contextualized quite properly as a caution not to be too misty eyed in blaming ‘outsiders’ for the recent violence. In that regard, it is difficult to disagree with Mr Deshapriya when he categorically dismisses as ‘wrong’, claims that ‘a majority of the Sinhalese’ were against the recent attacks on Muslims.His observation that ‘a majority of Sinhalese had been happy to see the Tamils too being attacked in 1983, only to regret it a few years later’was made in similar vein.

These sweeping generalizations of the Elections Commissioner in speaking ‘for the majority’ may be objected to by some and quite rightly so. Regardless, a kernel of uncomfortable truth lies in these statements. The warningscame in the background of his reminders to the Sinhalese discounting the myth of a ‘pure race’ and reminders to the Muslims that adhering to fundamentalist aspects of Arab culture in Sri Lanka can only lead to disaster for their communities.

Why are monks allowed to spew hatred?
These are forthright exhortations which we would do well to take to heart. Only the exceedingly naïve would fail to recognize that, during the past decade,the peddling of communal hate by racist mobs like the Mahasohon Balakaya and Bodu Bala Sena has been underpinned by muttered discontent in Sinhala communities towards the economic prosperity of ‘closed’ Muslim neighbourhoods. Even so, I have been taken aback by the repetition of canards such as ‘infertility pills’ and ‘gel oozing undergarments making Sinhalese women barren’ by educated Sinhalese, including by those in the legal fraternity.

And it remains shocking that despite Buddhist monks spewing race hatred as captured on television cameras and recordings, there is little action taken by the senior clergy other than the belated issuing of statements. Returning from Myanmar last month, it is hardly reassuring to contemplate the many points of similarity regarding the quick rise of religious tensions in both countries.

At least in Myanmar,AshinWirathu the monk known as the face of ‘Buddhist terror’ for his fiery anti-Muslim tirades was banned from giving sermons for one year in March 2017 following a special meeting of the State Sangha Maha Nayaka comprising Myanmar’s most senior monks. The reason given for the ban was that he had‘repeatedly delivered hate speech against religions to cause communal strife and hinder efforts to uphold the rule of law.’If that logic was applied here, how many monks would be liable to a similar ban being slapped on them? Myanmar’s influential clergy has been far more outspoken in their criticism of Wirathu than what we see in Sri Lanka in respect of uncouth fellow companions of the Wirathu-kind.

Increased insularity of some Muslim communities
On the other side of the divide, the increased insularity of some Muslim communities coupled with undeniable signs of fundamentalism in parts of the East must also be recognized. Whether this arose as a reaction to the toxic brew of ultra-Sinhala majoritarianism coupled with post-war triumphalism that flourished during the Rajapaksa Presidency or otherwise is beside the point. The fact is that this is the reality and must be confronted as such.

Meanwhile, an ordinary individual may magnificently rise above suspicion and distrust between communities on calamitous occasions. This is inspiring by itself. In Kandy,the efforts of ordinary Sinhalese villagers and monks in preventing the escalation of violence to the extent of physically safeguarding Muslim residents sheltering in places of safety is inspiring. But it must not be forgotten that even during the horrific July 83 riots where innocent Tamils were killed and burnt in great numbers, ordinary Sinhalese sheltered Tamil people in their homes.

The poisonous thread in our society
In other words, the courage displayed by enlightened Sinhalese when acts of barbarity take place should not blind our eyes to communal tensions that run like a poisonous thread through the fabric of our society. ‘Organised mobs’ may wreak mayhem on these occasions but there is an enabling of such actions within the societal context, brought about through ignorance, prejudice and stupidity, which is now becoming apparent.

Recognising this is essential for effective strategizing and devising of future deterrents to prevent the next conflagration across communities in Sri Lanka. Resting secure in cozily comforting perceptions would be unhelpful, to say the least.

This is a brutally honest truth that must be acknowledged