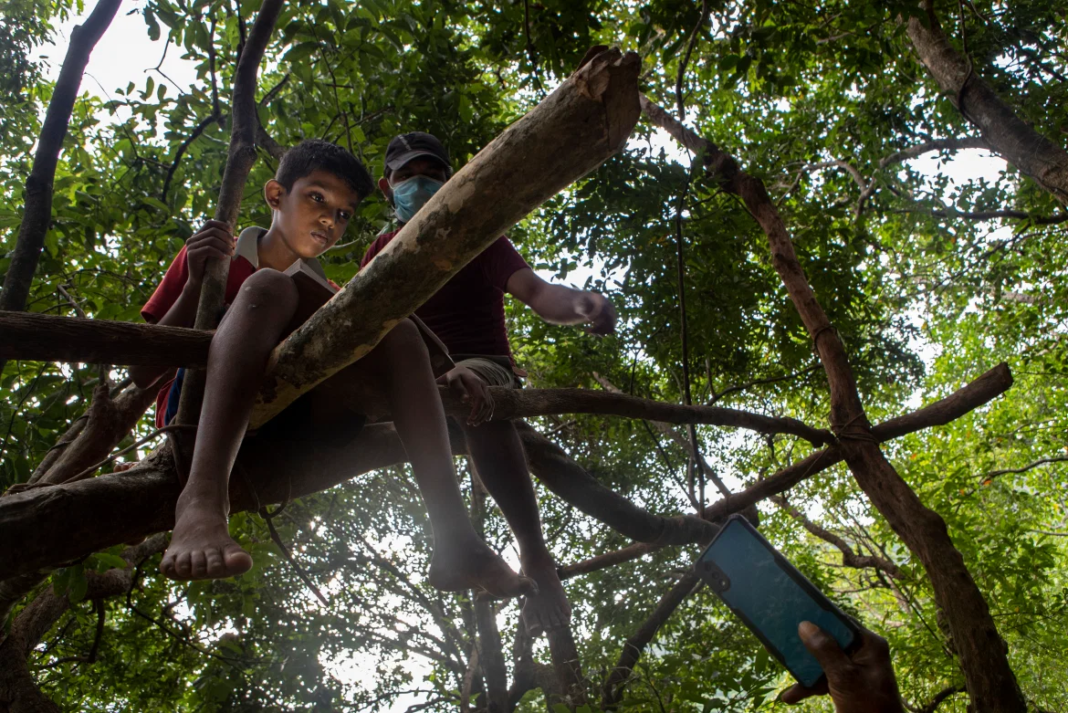 The students who also live in the village make the same journey to download online lessons sent to them by their teachers.

Not all have mobiles or laptops, with four or five children sharing one device.

Their parents, most of whom are farmers, often accompany their children. HM Pathmini Kumari, who accompanies his sixth-grade son, says the children climb the rock twice a day and their safety is a big concern for parents.

The village in the central-eastern part of the island country lacks basic amenities, and its children had been studying in a government school, now closed, that is some 16km (10 miles) away.

In the village of Lunugala, some 60km (37 miles) away, adults escort schoolchildren to a mountaintop treehouse in a forest reserve. It is about 30 feet high and has internet access. They take turns to upload their homework and download lesson plans.

Schools in Sri Lanka have been closed for the most part since March 2020.Authorities say they make every effort to provide all children with access to education, but Joseph Stalin, who heads the Ceylon Teachers’ Union, says at most 40 percent of Sri Lanka’s 4.3 million students can participate in online classes. The majority lack access to devices or connectivity. 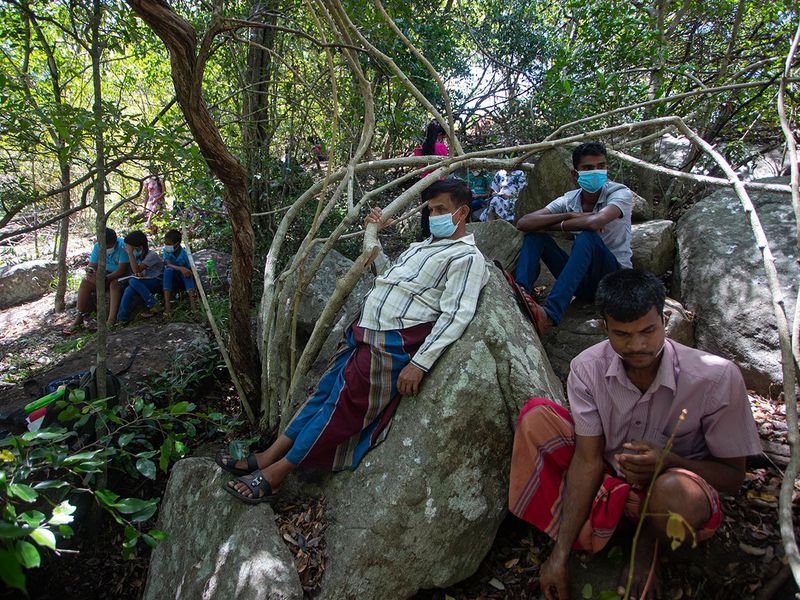