People of Trincomalee takes to the street: “Restore Democracy and Sovereignty” 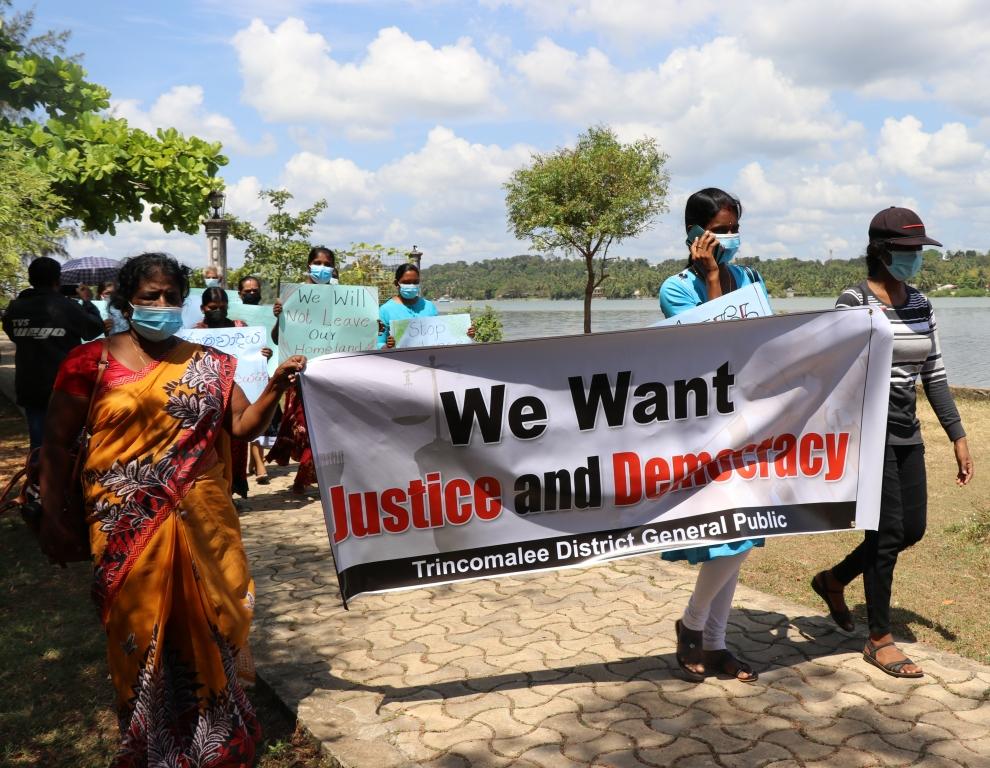 The People of the Trincomalee District staged a protest against the Sri Lanka Government on 07 April 2022.

The people’s rally commenced at the  Orr’s hill Supra Park in the Trincomalee District and proceeded along Madathadi Junction, Trincomalee Sivan Koviladi, Inner Harbour Street and reached the Governor’s Office of the Eastern Province.  The protesters emphasized that in the context of the economic crisis, their long term demands of rights, justice and political rights should not be forgotten and that the Tamil speaking people should enjoy all their rights and sovereignty. 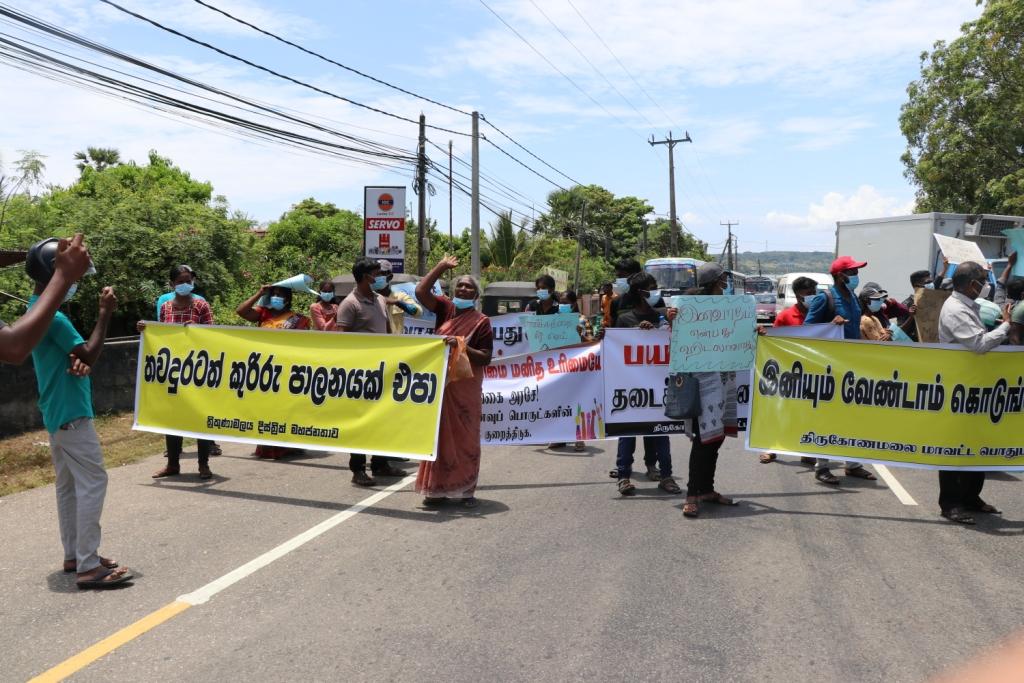 The above rally was stopped going to the Office of the Governor with barriers. The people demanded that the Governor appear to meet the people and listen to their demands.  Being denied of their demands, the protesters blocked the Uvalmalai Main Road for about one and a half hours shouting slogans.

In the context of the economic crisis in Sri Lanka and the consequent increase in the prices and shortages of essential commodities and the long queues of people to obtain them, the people’s protest in the South of Sri Lanka has shaken the Sri Lankan Government. This has distracted the struggle of the Tamil speaking people who have been demanding rights, justice and political solution for several years. 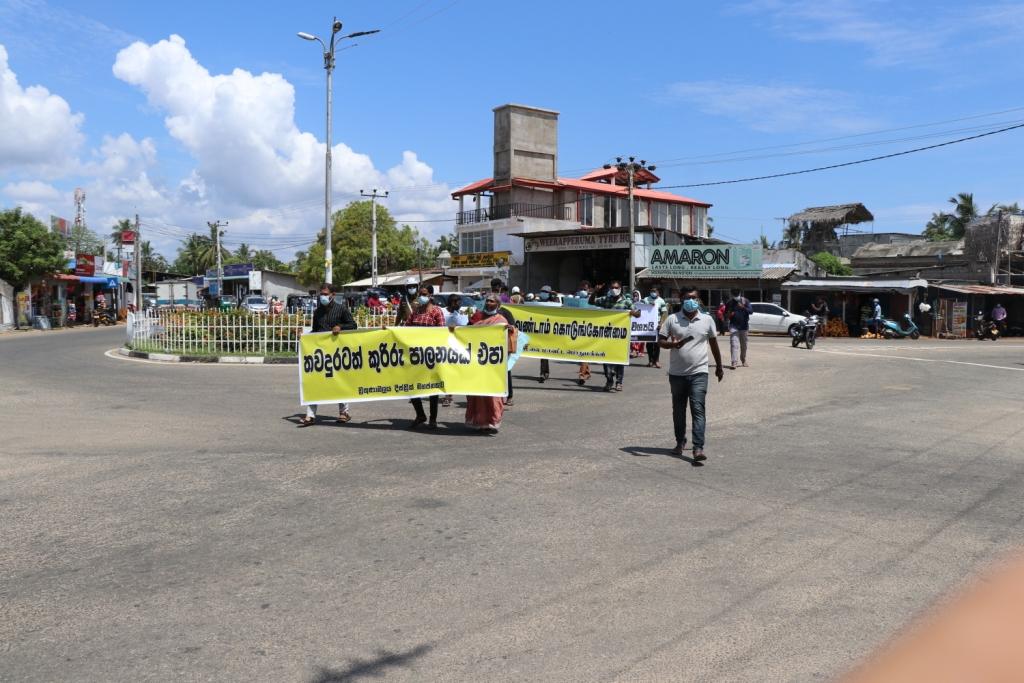 The economy of Sri Lanka has declined due to the present Government’s policies which are not concerned about the welfare of the people.

It cannot be forgotten that during the 30 year war, we the Tamils faced such economic barriers, difficulties in transporting essential goods to outside Government controlled areas, long queues at Security check-points to take only limited items and so on.

Whichever party or whoever came to power in Sri Lanka, they never considered the issues of the Tamils, instead they promoted communalism.

In this context, we can see and experience that although it is 12 years since the war ended, the present Government is engaged in denying the rights of the Tamil speaking people who are the minority in Sri Lanka but the majority in the North and East. In addition they are engaged in grabbing our home land, destroying the cultural identities, exploiting our resources and reducing the ethnic distribution in a pre-planned manner. 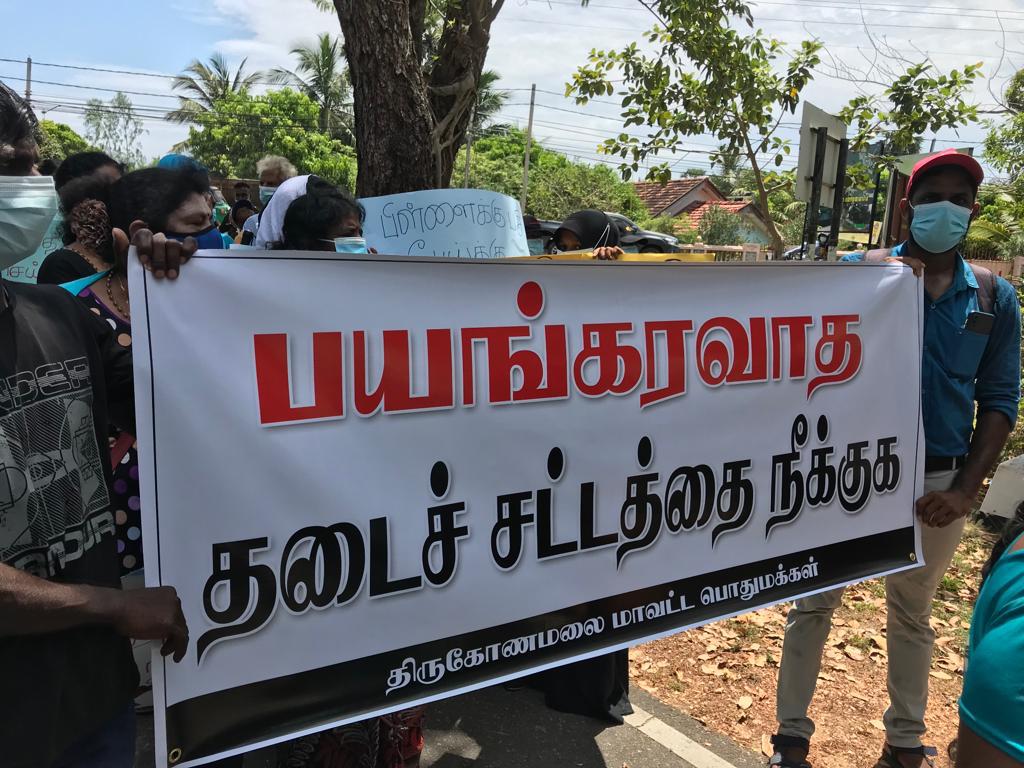 The current economic crisis resulting in the high cost of living, scarcity of goods have resulted people turning against the government and taking to the street to protest.

Although the present crisis has resulted in a situation “falling from the frying pan into the fire”, we have to struggle for justice, rights and political solution in the midst of the economic crisis.

Alongside our struggle for our rights, the struggle against economic crises has been deliberately designed.  This has drawn the attention of the governments not only in Sri Lanka but also at international level.

In the context of the unstable political situation in Sri Lanka, protests against the economic crisis or any other issues may appear and vanish now and then.  But we will continue our fight for our rights and stable political solution.

People of the Trincomalee District