People blocked from protesting in Jaffna 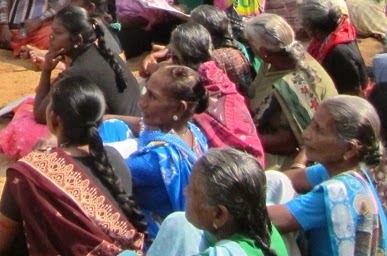 Over 500 residents of Valikamam North in Jaffna are engaged in a five-day protest, which began Monday (11 November) asking the government to return their lands.

According to sources, the full anticipated crowd of 30, 000 – mostly people who had lost their land to the State – however had been unable to participate as certain political parties and outside elements had blocked them from leaving their welfare centres where they have been living since the war came to an end in 2009.

However four foreign journalists and their teams had been able to cover the protest, which had taken both the protesters and the officials present there by surprise.