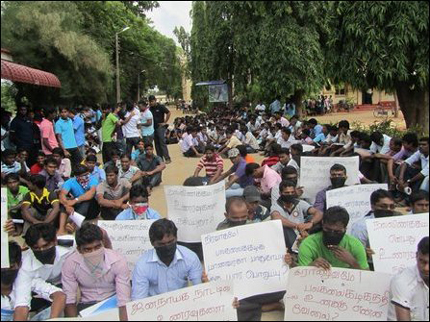 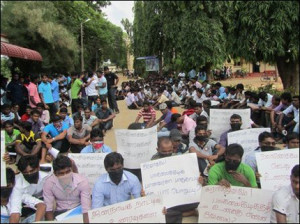 Jaffna University students who boycotted classes on Wednesday and rallied in front of the university entrance Wednesday at 11:00 a.m. protesting against the SL military harassments inside the University premises on Tuesday on the occasion of Heroes Day, were brutally attacked by SL military commanders who had taken position on the road while the students were peacefully walking on a demonstration march. 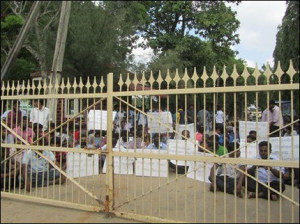 The attacking SL military and police have taken four students into their custody. Following the violence leashed out by the Sri Lankan forces, the protesting students started to throw stones at the soldiers, demanding immediate release of the four students.

At least 10 students have sustained injuries.

The student leaders were urging international NGOs and foreign missions to witness how their peaceful protest was being brutally suppressed by the SL military.

The SL military had rounded up and attacked the student inmates inside the hostel Tuesday evening when the students lit the flame of sacrifice to remember the fallen Tamil heroes in the Tamil struggle.