Peace ,Normalcy and a Sense of Equity and Equality Have A long Way to Go In Sri Lankas North 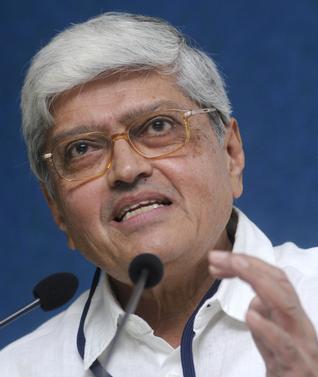 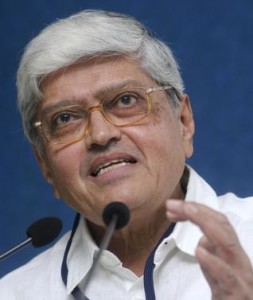 By Gopalkrishna Gandhi
Until 7,000 years ago, the sea around Adam’s Bridge being 10 metres lower than it now is, the southeast coast of India and the northwest coast of Sri Lanka were umbilically linked by land.
The people of the two landmasses moved for millennia with ease, doubtless in both directions, across what is now a chain of soft islets between Dhanushkodi and Talaimannar.
With seawaters rising and engulfing the land link, time made India and Ceylon, now Sri Lanka, neighbours. No country smaller than its neighbour likes to feel outsized by the large nation to its side. And no country larger than its neighbour can quite distinguish between assistance and patronage. This can be called a general principle. India and Sri Lanka provide an exception. One person who knew this intuitively, was Jawaharlal Nehru.

Guiding principle
This has been a guiding principle of India’s diplomatic representation in Sri Lanka.
It’s not been an easy principle to observe. Our diplomatic missions in Colombo, have nonetheless, kept the cultural line alive through all the vicissitudes of Sri Lanka’s ethnic traumas, the horrors of the Liberation Tigers of Tamil Eelam (LTTE) and the return fire of the Sri Lankan forces.

In March 2002 I had done nearly two years as High Commissioner but not visited Jaffna. This was to me unacceptable. Yes, our perceptions of what the Sri Lankan army had done there differed, and quite radically so. But the Indian High Commissioner’s jurisdiction extended to the whole of Sri Lanka and there was no reason why the people in the North of Sri Lanka should not see New Delhi’s representative.

So, I negotiated a facilitation and went, the sole passenger in an N32 Sri Lankan defence aircraft, with two security aides, to the island’s northern capital, there to see, in particular, C.B. Rengamma, a sister of the veteran Indian diplomat, C.B. Muthamma, and to Point Pedro, to call on the remarkable Swami Chidrupananda of the

Ramakrishna Order who ran amid great odds a centre in that wilderness town, commemorating Srima Sarada.
Driving past many bombed-out dwellings, I spent an hour with the Swami who chanted beautifully and spoke without regret or recrimination of his difficulties. The drive from Point Pedro to Jaffna, I can never forget. On the way, fell the ghost town of Chavakachcheri. I had seen nothing like that before. On either side were blasted buildings, roofs shattered, walls pitted and some collapsing.

Some of these buildings had been gracious structures, but smaller houses, temples, chapels, schools, colleges, boutiques, sports centres, were all a-tumble. I could not but stop at a derelict temple. It was now a bunker, with sandbags piled on it. In one side shrine, an empty coke bottle sat on the sanctum. Noticing three books lying in a corner, I picked up the one on top. It was the Bhagavad Gita in Tamil. ‘What is it?’, my Sinhala escort asked.

Overcoming with effort the choke in my voice, I told him what the book was, and more.
Passing an abandoned home for elders in Kaitadi, I went in. A register of inmates lay on the floor and on the walls. Higgledy-piggledy five pictures, one of Satya Sai Baba, one of Swami Vivekananda, one of Jesus Christ and one each of Gandhi and Nehru. The last two seemed to say: Press on, do not be disheartened, from storm there has to come calm.

Passing over the Navatkuli Bridge with mixed heronry flying over it with avian unconcern, I reached Jaffna by noon. Its streets, residents using the bicycle more than any other transport, the city had a calm to it, a poise that was all its own. Rengamma was deep into Alzheimer’s, her face set in an expression of aristocratic hauteur. Yet, she responded to my namaskaram by ‘varalam’ (you may come). The word seemed auspicious.

That visit, its pain and its promise, came back to me in a flash when I read of the amazing success of the Carnatic music festival organized earlier this month in Jaffna (for the second consecutive year) by the extraordinary musician T.M. Krishna. Supported by the High Commission of India, the Svanubhava festival brought to Jaffna the great dancer Alarmel Valli. She gave performances and lecdems drawing from Sangam literature and from the legends of Krishna, to the rapt acclaim of thousands of Jaffna residents.

Unnikrishnan, another gifted vocalist, gave an open concert to an audience of unprecedented size. At the same time as this, Kumari Selja, our minister of culture, had arrived in Colombo with relics from Kapilavasthu, vivifying the Buddha’s links between the two nations. Synchronizing with this exposition was her inauguration of an Archaeological Survey of India (ASI)-led restoration of the Tiruketeeswaran temple in Mannar.

Kapilavasthu relics being taken last week to Sri Lanka for an exposition, and the ASI-led restoration of the Tiruketeeswaran temple in Mannar, reinforce India’s cultural inter-weave with the island nation. By these two acts, Selja has carried forward a tradition that was very carefully established by Prime Minister Jawaharlal Nehru.

Visvasam and nambikkai , both meaning ‘trust’ in Tamil, are yet a distance away in Sri Lanka’s North. And yet those qualities are a singular personality trait of the Sri Lankan Tamil. I was in that region and in the fascinating town of Jaffna some 12 years ago.

Velupillai Prabhakaran was in complete command of the LTTE and the LTTE was in similar command of swathes of territories along the ocean-rims of Sri Lanka’s North and North-East, with big patches under their sway inland. It riled me, as High Commissioner for India in Sri Lanka, that I should not be able to visit the island’s north and be able to see for myself, and for my government, at first hand, the state of affairs there.
(Gopalkrishna Gandhi , grandson of Mahatma Gandhi and Rajaji, was the former Indian High Commissioner in Sri Lanka. This article appeared in “Hindustan Times”)
DBS