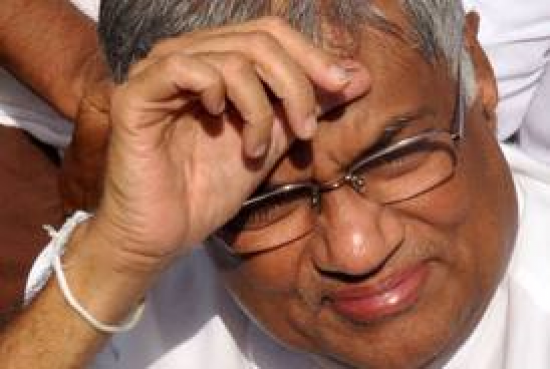 Sri Lanka: Post-Mortem Of Provincial Elections – Analysis
By Dr. Kumar David/SAAG
The Rajapakse government called early elections to three provincial councils (PC) as a tactical build up to early parliamentary elections (possibly after another round of PC elections) and early presidential elections. If president and parliament serve out their full term, elections are not due till early-mid 2016. The alleged reason for early elections is that the government wants to go to the polls before its falling popularity declines too much, and early PC elections which the government hopes to win will be useful psychological groundwork. Elections to the North Central Province (NCP) bordering the Northern and Eastern provinces, Sabaragamuwa in the south-west, both in the Sinhalese heartland, and Eastern provinces were held on 8 September.
Were the government’s hopes and expectations fulfilled? Yes and no, and some deep complications have also surfaced; this piece will briefly discuss these issues.

The EP is where the government’s hopes went most awry and has become the seat of deep complications. The demographics of the EP are as follows in round numbers: 40% Muslim, 35% Tamil and 25% Sinhalese and a further significant matter is that Batticaloa, one of the three districts in the EP (the other two are Trincomalee and Amparai also called Digamadulla), is very Tamil, say 70%. The outcome of the election was as follows. The UPFA, the government alliance, obtained 32% of the vote and 14 seats, the TNA 31% and 11 seats, while the Sri Lanka Muslim Congress (SLMC) won 21% and 7 seats. The UNP polled just 12% securing 4 seats and the Sinhala extremist National Freedom Front of cabinet minister Wimal Weerawansa with 1.5% grabbed a seat, adding up to a total of 37 in the Council. Seats are not allocated on a strictly proportional basis since the party with the largest vote gets two bonus seats without which the UPFA seat tally would have been only 12.

There is a little more background information to add before making any analytical remarks. The SLMC is led by Rauf Hakeem who is Minister of Justice in Rajapakse’s cabinet and the SLMC, like the NFF, is a constituent of the government at the Centre; it having been agreed that parties that wished to could go it alone in the provinces. Secondly, of the UPFA elected 12, a full seven are Muslims, and one of the UNP’s four is a Muslim, making a total of 15 with the SLMC’s seven, but crucially they lie scattered and spattered across three political entities. This is very significant because the Muslims have long been wailing that they have no political clout in the country, not even in the EP which has a clear Muslim plurality. I will return to the horse-trading now in full swing about who the SLMC will join, UPFA or TNA, in forming a provincial administration after a digression.

Perhaps the most significant outcome of the EP-PC election on a national scale is the total erasure of Pilleyan’s TMVP party from the political landscape. Like Douglas in the North before him Pilleyan as a significant Tamil leader with pro Rajapakse leanings is history. Except for Pilleyan himself, not one single Tamil candidate aligned to Pilleyan was elected on the UPFA list which he led in Batticaloa. The others were all Muslims and Pilleyan too would not have succeeded unless UPFA Muslim voters granted him a preferential vote. (Sri Lanka employs a party plus candidate preferential voting system which can only be described as downright stupid and injurious to the public good). The TNA secured 51% (presumably all Tamil) and the UPFA 31% (maybe half Tamil and half Muslim) and the SLMC 12% of the total poll in Batticaloa District.

The ex-LTTE commando boss Pilleyan (Sivanesathurai Chandrakanthan) who crossed over to the government side has been wiped out in Tamil majority Batticaloa and the TNA has emerged as the voice of the Tamil people. This is a sign of what portends for the Northern Province (NP) provincial elections if they are ever held; it is clear as daylight that the TNA will score a handsome victory in any Tamil majority region. I must pause to mention that I use the term TNA (Tamil National Alliance) throughout this piece though it was only its principal constituent the Illangai Thamil Arasu Katchi (ITAK), formerly called the Federal Party in English, that run in the EP in a deplorable show of Tamil internecine sectarianism. The acronym TNA is better known internationally.

This has enormous political significance since there is no one that reads the political tealeaves as carefully as the Rajapakses and the significance of this demonstration of Tamil allegiance with the TNA is that the President will not hold the NP-PC elections unless he is dragged to it, kicking and screaming, by the international community. It is not simply that the UPFA will be roundly defeated, but more important that regimes with an authoritarian drift cannot stand any form of power dissent. A PC in the country that will dare to say boo to the President’s goose is a danger that no autocrat accustomed to absolute power will countenance. This despite the absurdity that the PC system was brought to Lanka under the 13-th Constitutional Amendment to grant a degree of autonomy to the Tamils, but now every other province except the Tamil province has a PC.

Rauf Hakeem and his ardent pursuers

Hakeem is undoubtedly a handsome chap but not since his early youth surely has he been so ardently courted by two men; Mahinda Rajapakse and Rajavarothayam Sampanthan. Rajapakse is, for the same reasons as attributed above to the NP, desperate to prevent the emergence of an independent Muslim-Tamil power block in control of the EP. And Sampanthan is equally desperate to crown his EP victories with a final achievement. The TNA is right to offer the Chief Minstership of the EP to the SLMC for the first half of the term followed by a TNA CM-ship in the second half. The EP is a Muslim plurality province and the Muslims must be given an opportunity to implement a programme for the upliftment of their much depressed community. Muslim politicians have achieved nothing for their community comparable to what old Thondaman was able to do for his upcountry Tamil people.

By the time you read these lines Hakeem would have decided which suitor has won his hand. Either way it’s going to be an agonising decision and either way it may involve a split among his elected councillors. If he goes against Rajapakse it will endanger his cabinet portfolio and alienate those SLMC parliamentarians who are in it for the perks and the money, legitimate or illegitimate. However, if he bows before Rajapakse and rejects the TNA offer he will go down in the records as the leader who sacrificed an opening for asserting Muslim identity. It won’t be long before we know what Hakeem and the SLMC decide.

The first impression and one that is valid is that Mahinda Rajapakse’s UPFA has held its ground in the Sinhala heartland – what are the implications of this for the next three to four years up to the next presidential elections? A few statistics are mandatory; the UPFA took 60% of the vote in Anuradhapura, Pollonaruwa, Kegale and Ratnapura Districts, which along with the Southern Province – which did no go to elections – constitutes the Sinhalese heartland. The UNP was able to garner only 35% in each of these districts. In Sri Lanka, the ruling party invariably wins provincial and local government elections. This is the opposite of the experience in Europe and America where by-elections are an opportunity for people to express dissent. Lanka’s contrarian behaviour is due to the profound corruption of a public whose interest is to be on the government side and be positioned to extract favours; a patron-client mentality.

There is also the need to compare changes since the 2008 PC polls in the middle of the war and the 2010 parliamentary poll when the UPFA was riding high on a wave of victorious post-war jingoism. In 2008 the UPFA share was 58% in the NCP and Sabaragamuga and the UNP 40%. So the UPFA has improved and UNP declined by about 5%, which is not insubstantial. Comparison with the 2010 parliamentary vote in the same group of districts indicates an opposite trend. At that election the UPFA polled 66% in the electorates of these districts and provinces while the UNP took about 30%. Hence the UPFA has lost and the UNP gained about 5% in 2012 compared to 2010.

However, comparison with 2010 parliamentary election, when the Rajapakse brigade was riding high on a chariot of victory in a racist war and soon after victory in a presidential poll, is not meaningful. Hence the conclusion that has to be drawn is that the UNP is still electorally in very bad shape. I would have refrained from this harsh conclusion if it had crossed the 40% threshold and edged towards 45%; but the conclusion is now unavoidable that the UNP, whether led by Ranil, Sajith or Karu simply cannot go it alone in the period up to and including the 2016 (or prior) parliamentary and presidential elections and have any hope of victory.

The UNP needs to get serious about politics, an art it has forgotten for two decades, and line up with a united opposition and a “single-issue” presidential challenge, targeted exclusively at abolishing the Executive Presidency. Thereafter, it can go forward to parliamentary elections, under a Westminster model, and try its luck. I cannot digress to discuss the single-issue challenge that is now attracting considerable attention in this piece for reasons of length.

Lanka’s economy is in steep decline. The extremely serious issues are decline in trade because of the global depression (exports are just 60% of imports), oil prices, fiscal crisis (40% rise in government deficit comparing the first half of 2012 with the first half of 2011), mounting domestic and foreign debt, trade deficit and a potential global food crisis. However, the pain has not reached the petty bourgeoisie, that is, the rural people and the informal, because the fruits of ending the war are continuing to benefit small business, farming and the informal economy.

The pain will not smack the village and the marginal classes for perhaps another two years but I don’t think the government will be able to circumvent it by relying on tourism and hot money in portfolio investments. Not a single factory has been built in Sri Lanka by foreign investors since President Rajapakse came to power in 2005 and tells the tale of investor confidence. Foreign investment outside the stock market, sovereign bonds and currency plays have been only in hotels. Chinese money pouring into infrastructure is a separate matter.

The general conclusions that we can draw from the PC elections are as follows: (a) The TNA has emerged as the voice of the Tamils in the East and by inference in the North, (b) the Muslim base has consolidated but the leaders are at sixes and sevens, (c) the Rajapakse government has held its ground in the Sinhalese heartland, (d) the UNP is in shambles, and (e) since the economy is in steep descent, the government’s fortunes are likely to decline over the next two years
UAR/