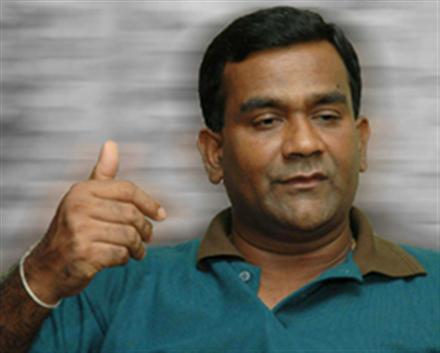 Says reduction of Sinhala vote base indication of receding war victory euphoria
The United National Party (UNP) yesterday claimed that it had increased its vote base at the just concluded Provincial Council polls while the UPFA‘s had decreased despite the poll being deeply flawed and unduly advantageous to the ruling party.
The increase had been between the 2010 Parliamentary polls and the just concluded PC polls and the party saw it as a positive sign since it had increased its base in the traditional Sinhala Buddhist grassroots.
Despite all the election malpractices resorted to by the government, including the misuse of State machinery and officials, the UPFA had lost a total of 60,422 votes in the North-Central Province and the Sabaragamuwa Province, while the UNP increased its vote base in the two provinces by 126,891 votes,
UNP General Secretary Tissa Attanayake told a news conference at the Opposition Leader’s office yesterday evening. He said that the statistics of the Eastern Provincial Council could not be compared as the UNP contested the 2010 parliamentary polls in collaboration with the Sri Lanka Muslim Congress, while this time it had not.

He also alleged that the ruling UPFA defied all the directives of the Elections Commissioner on the misuse of State machinery and also misused the State media. Sections of the State media, he said, had been made use of by the UPFA to further its end but the results of the polls showed that its vote base of the traditional Sinhala Buddhist was gradually eroding.

The UNP General Secretary also said that the euphoria of the war victory was also receding, going by the statistics, irrespective of whatever interpretations the government might come up with.

Commenting on what he described as serious election malpractices, he alleged that there was an instance at a counting centre in Trincomalee where the counting had begun without the political representatives of the opposition parties, but only in the presence of the government nominees.

“This meant that the UNP lost the chance of having the second elected Provincial Councillor by 500 votes, a situation which should not have been there if the counting was done in the proper manner and under the proper circumstances,” he said.

He said that there was also other instances where in the counting centres, in Kekirawa, Kalawewa and Medavachchiya, the representatives of the Elections Commissioner did not allow the representatives of the UNP and other opposition parties to enter the counting centres. “We complained but by the time, the mitigatory measures were taken, it was too late which also created a precedent,” he said.