PC election Post-mortem SLMC: We are the kingmaker in the East 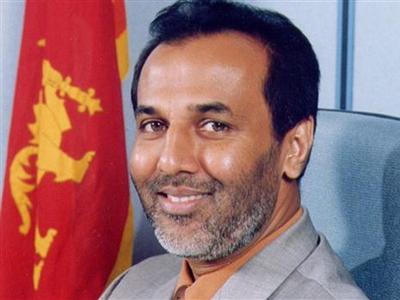 The SLMC leader said that the party would make known within a day or two, its stand after consulting all those who backed the party at the election.

Asked whether the party was likely to discuss the possibility of an alliance with the Illankai Tamil Arasu Kachchi (ITAK), MP Hakeem said a decision would be taken soon.

Minister Hakeem said that his party had received invitations from President Mahinda Rajapaksa to form the Eastern Province administration. MP Sajin Vas Gunawardene yesterday met the SLMC leader on the President’s behalf to forge an alliance between the SLFP and the SLMC to run the Eastern PC. Minister Hakeem said that he reminded them of the way some Muslim Ministers had been targeted in run-up to the election. The meeting took place in the wake of ITAK leader R. Sampanthan, too, seeking to form an alliance between the two parties to run the Eastern PC.

Responding to a query, an Hakeem said that the SLMC party could have polled more votes had there been an incident free environment in the Digamadulla electorate. “In spite of violence directed at the SLMC, we were able to win three out of four electoral divisions, namely Samanthurai, Kalmunai and Pottuvil with ease. Those who felt Muslims could be intimidated have been proved wrong,” Hakeem said. The SLMC also won the Muttur electorate in the Trincomalee District.

At the first election to the Eastern PC in May 2008, the SLMC contested on the UNP ticket. The first Eastern PC comprised 20 UPFA members, including two bonus seats, the UNP 15, JVP 1 and an independent group 1.

The SLMC leader said that Minister A. L. M. Athaulla and a section of his supporters caused several incidents on the day of the election, under the very noses of those in charge of security in some parts of the Digamadulla electorate. He lashed out at SSP Premalal Ranagala for targeting SLMC supporters. Asked whether he discussed the situation with the government, the minister said that he brought the deteriorating situation to the notice of President Mahinda Rajapaksa in the run-up to the poll.

The MP alleged that some of the incidents were serious enough for the party to push for annulment of polling in some booths. Had that happened, Elections Commissioner Mahinda Deshapriya would have to discuss the possibility of ordering a re-poll, the minister said, adding that after discussing the issue with the polls chief the party decided not to pursue matter. “We didn’t want a delay the final result,” he said.

The minister alleged that a section of the police were also involved in the incidents, though IGP N. K. Illangakoon had made an effort to control the situation. The Minister praised polls chief Deshapriya for doing a good job under difficult conditions.
By Shamindra Ferdinando
IS