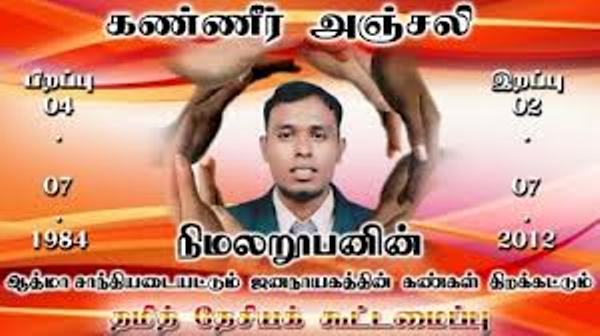 [Nimala Ruban, a Tamil detainee killed in prison in July 2012]
SLB
Three Tamil political prisoners detained in Anuradhapura prison, namely Jayaraj Anton Samson, Raghavan Suresh and Gopalakrishnan Gopi engaged in hunger strike for the fifth day, reports Global Tamil News. They are demanding that they be transferred to the ward that other Tamil political prisoners are being held.

The three detainees engaged in the protest have been detained for last six years without any charges.

The three detainees have complained that Sinhalese prisoners are harassing including assaulting them and even taking away their food rations.
Prison authorities have not allowed their parents to visit them. Further they have told the parents that if the prisoners die as a result of the hunger strike their corpses would be sent to Anuradhapura Hospital and then parents will be able to see the bodies.