Pardoning Gnanasara is an act of extreme leniency to a Buddhist monk & it sends a wrong message to the country.- TNA 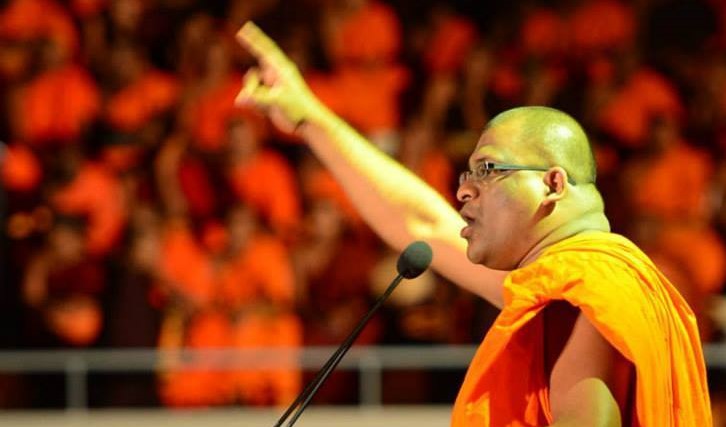 The Tamil National Alliance unequivocally condemns the President’s act of pardoning Ven. Gnanasara Thero by abusing the Constitutional powers vested in the Head of State. He was jailed by the Court of Appeal for committing the offence of contempt against the Magistrate’s Court of Homagama. The conviction and sentencing happened after the learned Magistrate complained to the Court of Appeal, and after a trial at which he was afforded every opportunity to defend himself. His appeal to the Supreme Court was later dismissed. This was the one instance when the Thero was dealt with under the law when his conduct in instigating violence against the non-Buddhist citizens of the country never drew any action against him by the law enforcement agencies.

Sri Lanka now faces the challenge of containing racial and religious bigotry if the country is to move forward with all citizens being treated as equals. In addressing this challenge the government must scrupulously deal with all hate-mongers, whichever ethnic or religious group they belong to. When the call of the hour was to be severe on all purveyors of hate equally, the President’s act of showing extreme leniency to a Buddhist monk sends a very wrong message to the country. The message is that it is acceptable for violence to be instigated against the minorities, but that even innocuous acts that the majority community feels uncomfortable about will be dealt with severely. This is to take Majoritarianism to yet another level.

We call upon all right-thinking people to unreservedly condemn this act of the President and work towards reversing this dangerous trend.